The usually tranquil oasis of Lake Qarun in Fayoum District in Egypt, 130km south of Cairo, was the scene of exciting action this November, with paramotor pilots arriving from 13 nations to compete in the 3rd FAI World Paramotor Slalom Championships. The French triumphed at the event, winning three golds in total. 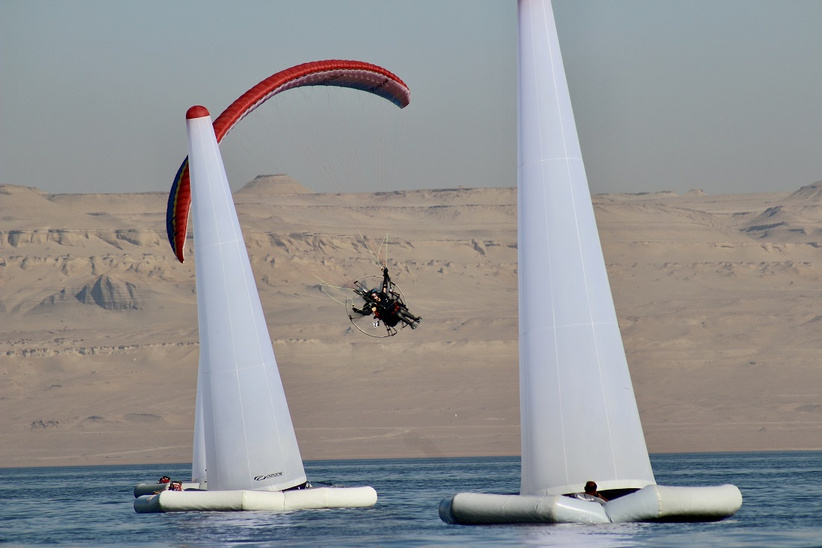 The event, organised by the Aero Club of Egypt and Sky Sport, saw a total of 51 paramotor pilots – including five women – participating in two different disciplines:

For safety reasons in slalom flying, pilots fly and compete over water, making Lake Qarun the perfect competition venue. Tasks include pylon flying as well as foot-dragging elements – where pilots must fly low and swoop, dragging a foot through the water. 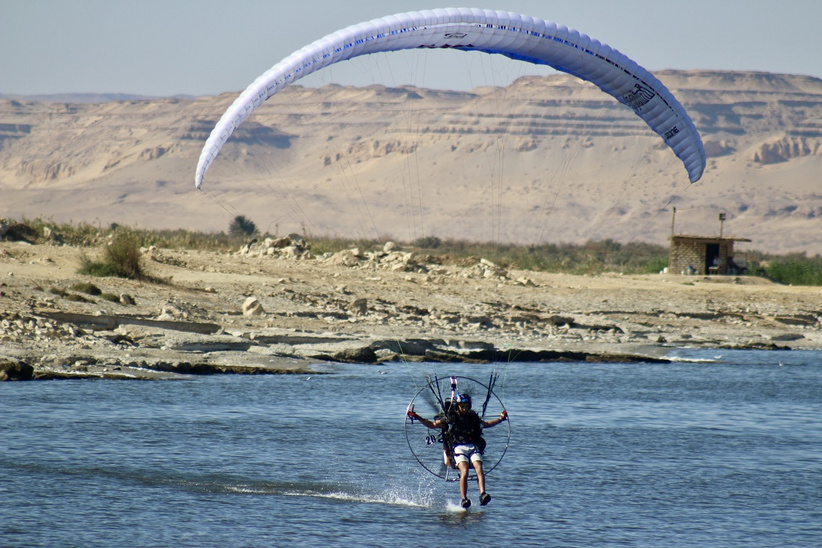 Strong winds made things difficult at the start of the competition, but by the end a total of 1,500 flights had been flown around the five-pylon course, with 18 tasks completed.

Alex Mateos (FR), best pilot in the foot-launched class fought a hard race against his friend Nicolas Aubert, beating him by three seconds.

Alex’s wife Marie won gold in the women's competition, and France won the team gold too: the French national anthem ‘La Marseillaise’ was sung three times during the awards ceremony.

The FAI World Paramotor Slalom Championships is a highlight of the microlight and paramotor calendar, with this championship receiving great interest by national media in Egypt. 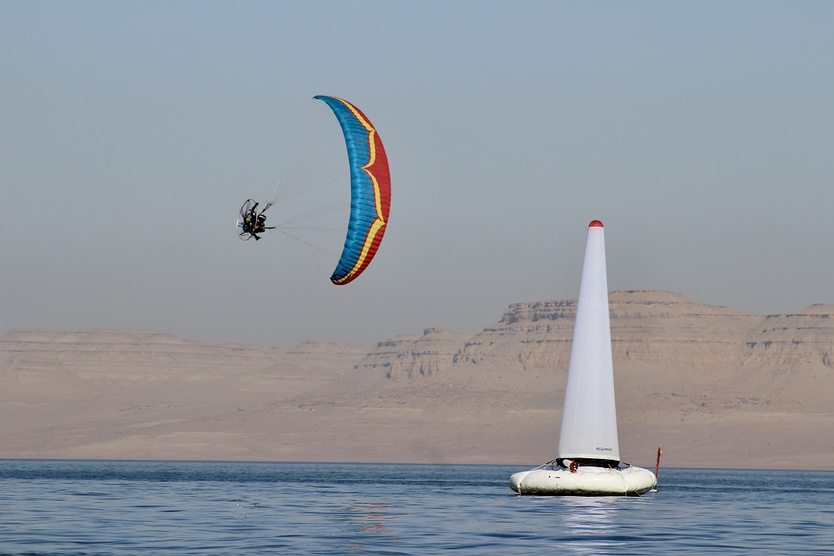