Crowds gathered to Husbands Bosworth airfield this weekend for the open days of the 11th FAI Women’s World Gliding Championships in UK.

Competition director Liz Sparrow said: “It’s the first time we have done this but we hope it will help raise the awareness of the sport and encourage more people to take it up.” 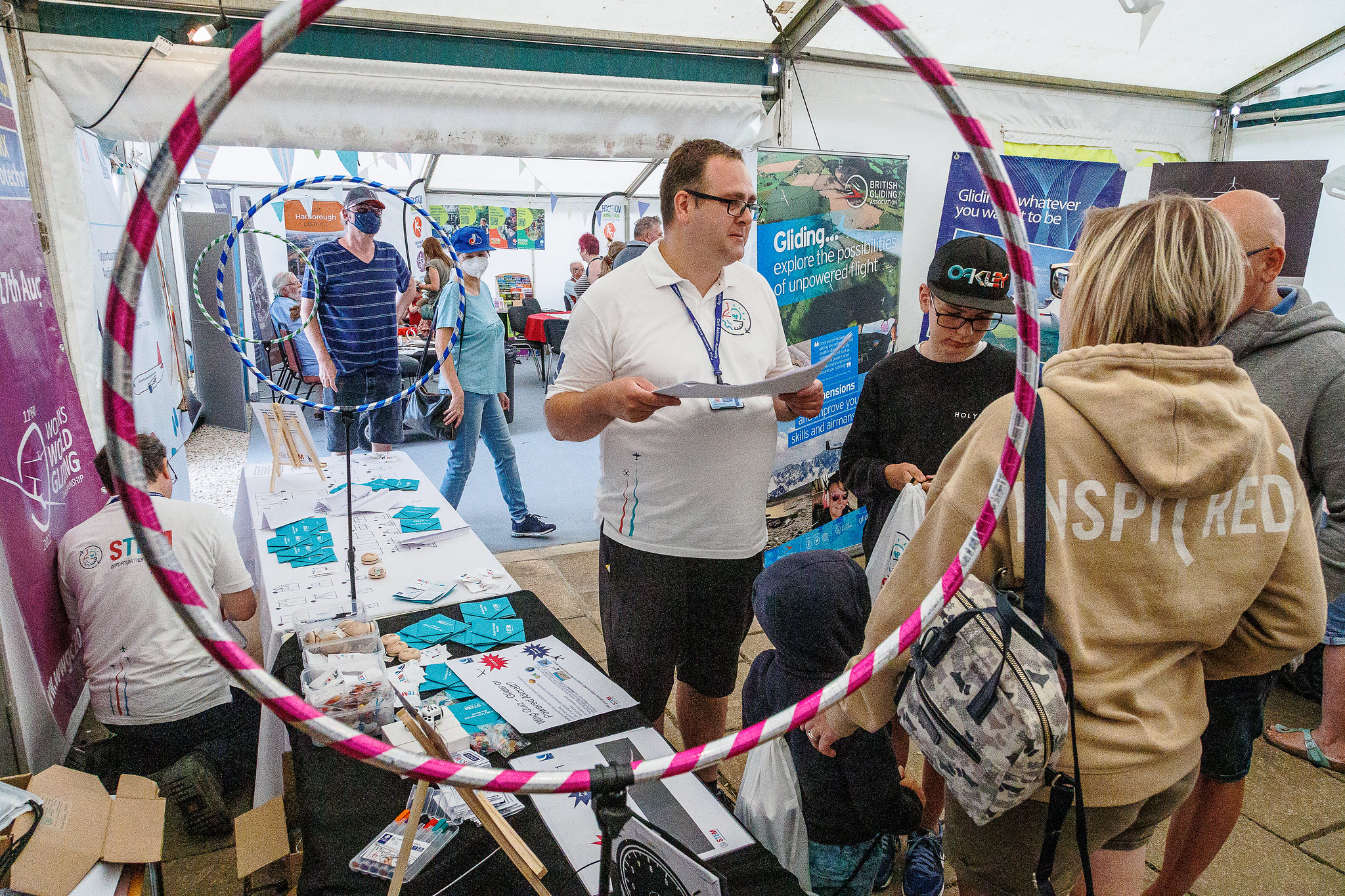 For the whole weekend the public had the chance to watch the gliders launch and race in the sky, and with the many pilots landing for a relaunch there was plenty of action for the spectators to watch.

As well as the flying there were stands giving lots of information on the sport of gliding and aviation in general. The organisers pulled out all the stops to organise hangar visits, live aircraft tracking screen, children’s area and activities, glider simulator, full size aircraft, craft stalls, music and food stands. 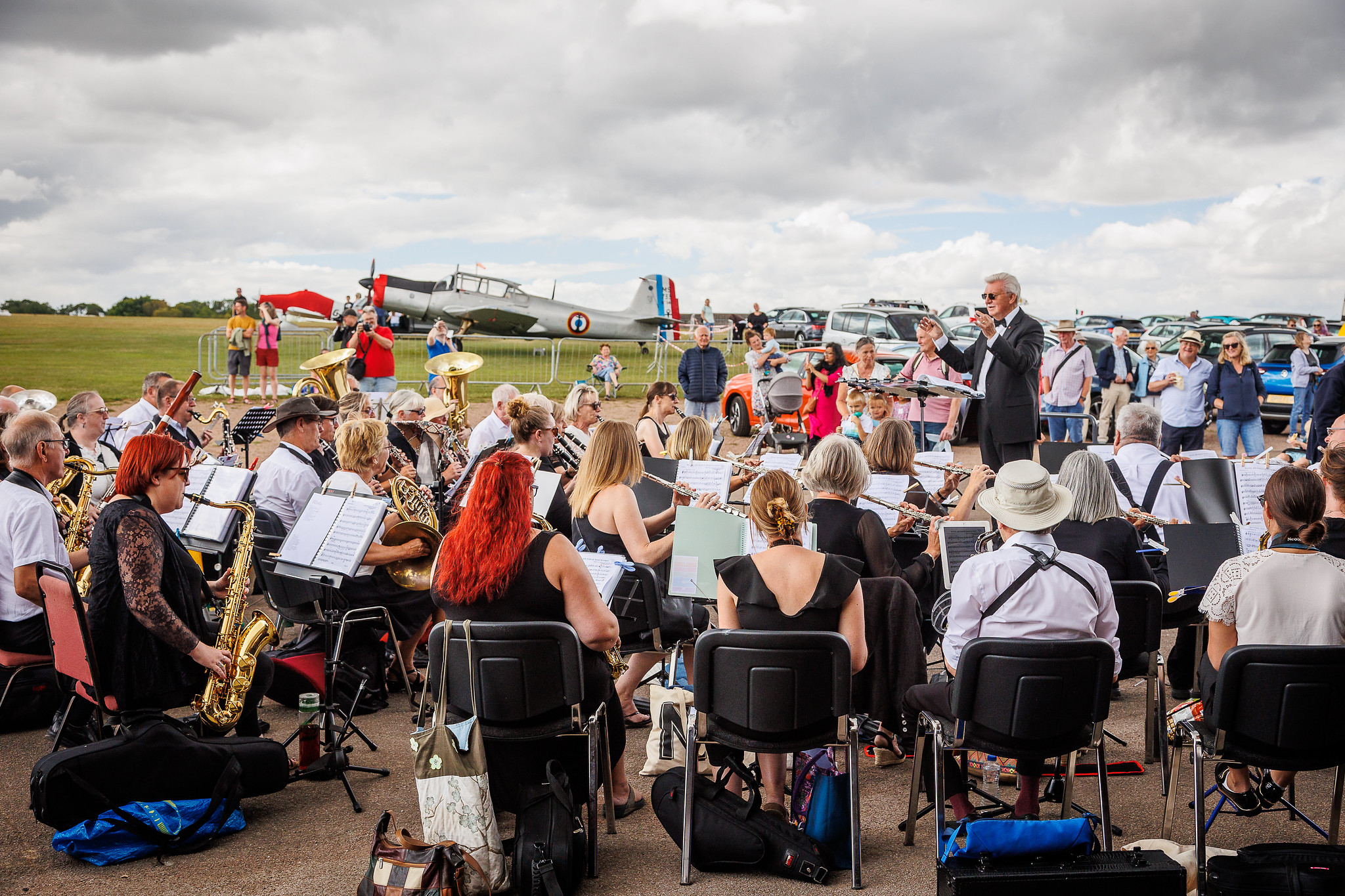 Among the stands were the Women’s Pilots Association promoting more female participation in all areas of aviation. Furthermore, an exhibition about Women in aviation gave the opportunity to the public to find out about famous women in history and meet some current aviation pioneers. 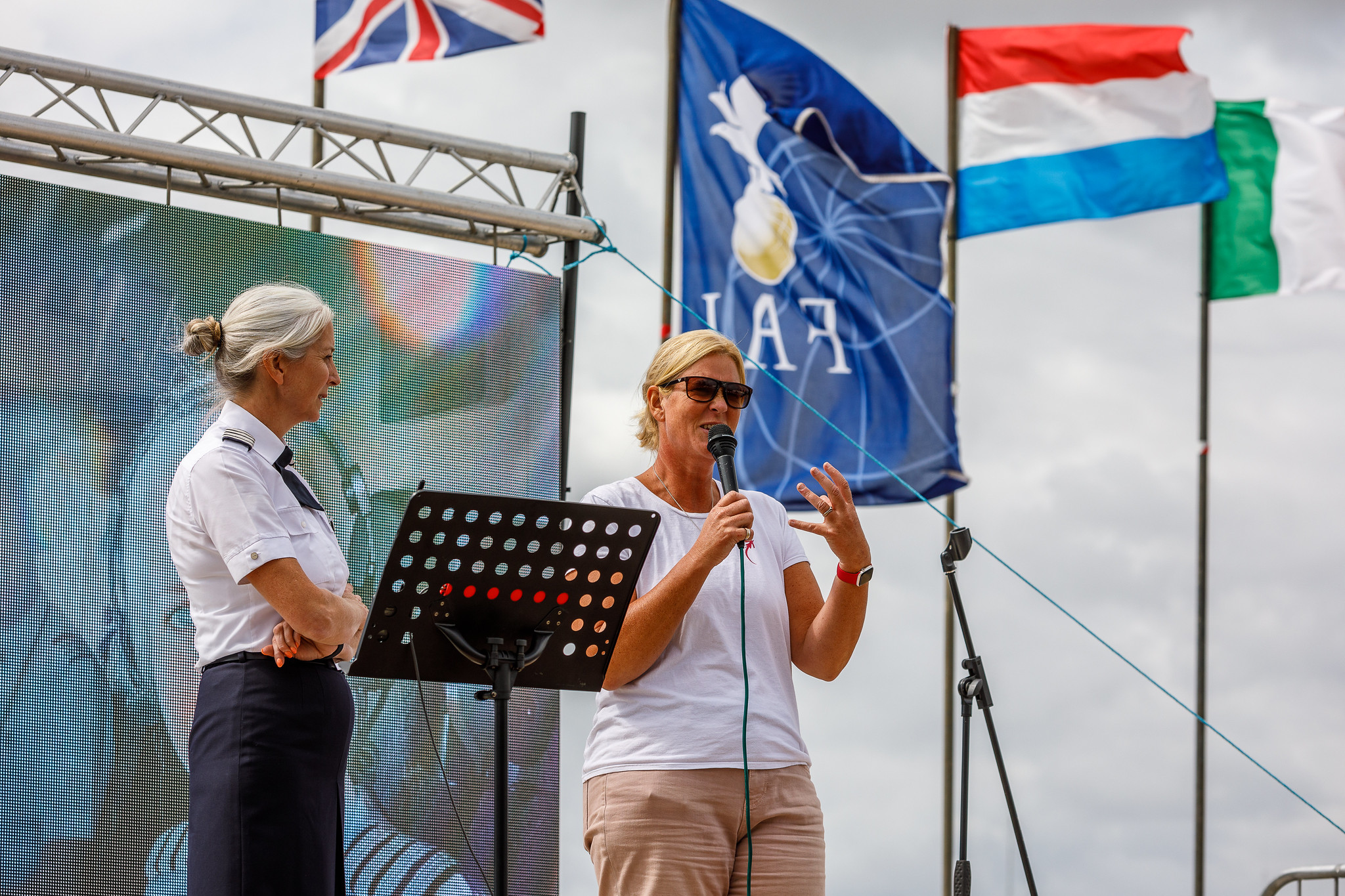 From flying to engineering and sustainability 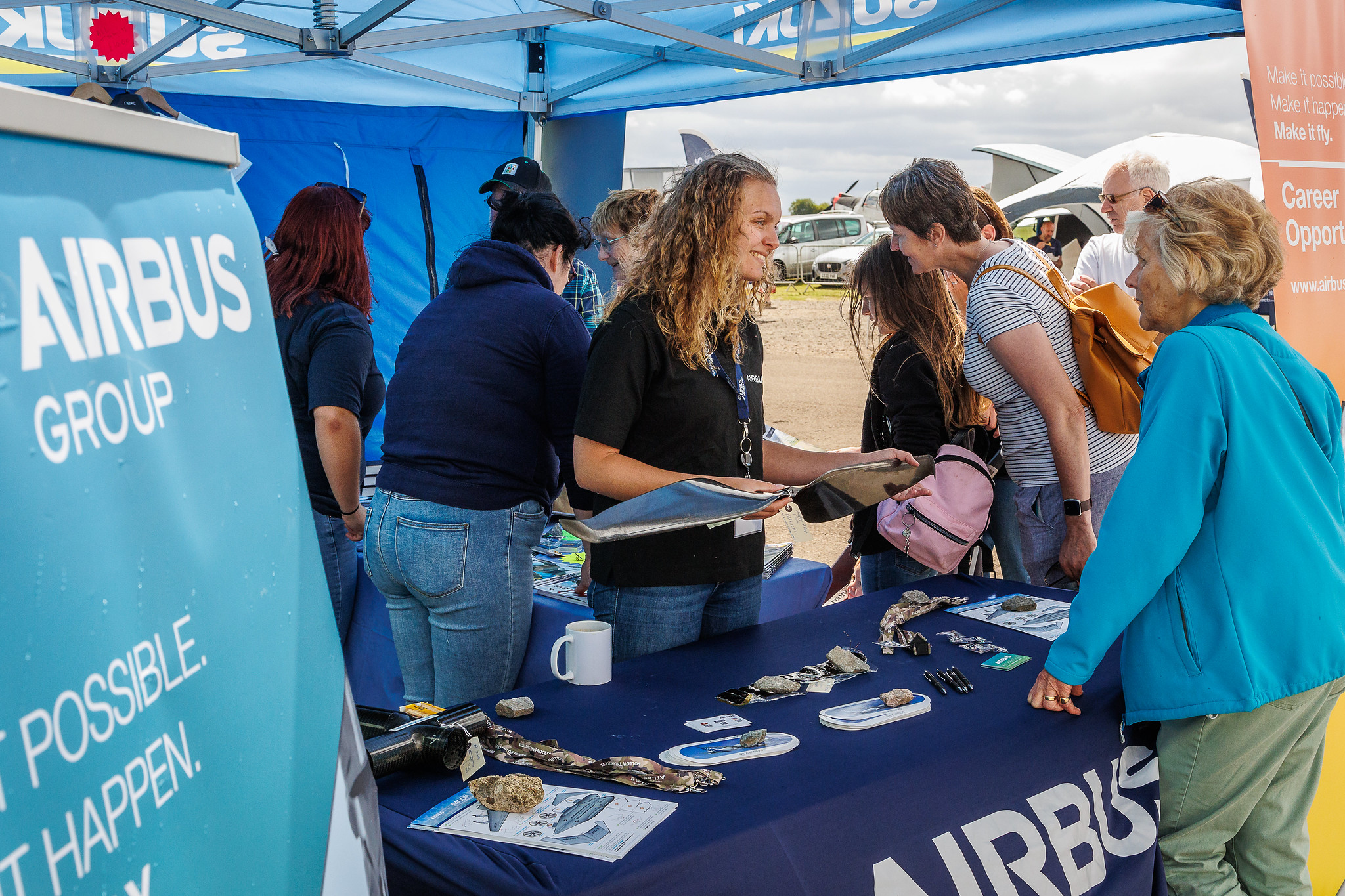 The STEM out reach initiative that aims to encourage people into all aspects of aviation from flying to engineering was well represented.

Task setter for the competition Harriet Gamble also works for AirBus and was on hand to talk about the work that their company does. “Everyone knows about our aircraft but not so many know about the research and development we do in sustainability and the our satellite business that is creating earth observation satellites that are used to monitor climate change. We’ve had lots of children and 16 to 17 year old students wanting to know about careers in flying and engineering, we’ve been able to show them the possibilities and for the younger ones the chance to hold a propeller. It’s great to see their eyes light up and them being interested by aviation.

To help promote sustainability there was a display of electric aircraft and electric winches, use for launching sailplanes as well as demonstrations by an electric powered self-launch glider showing just how quiet they are. 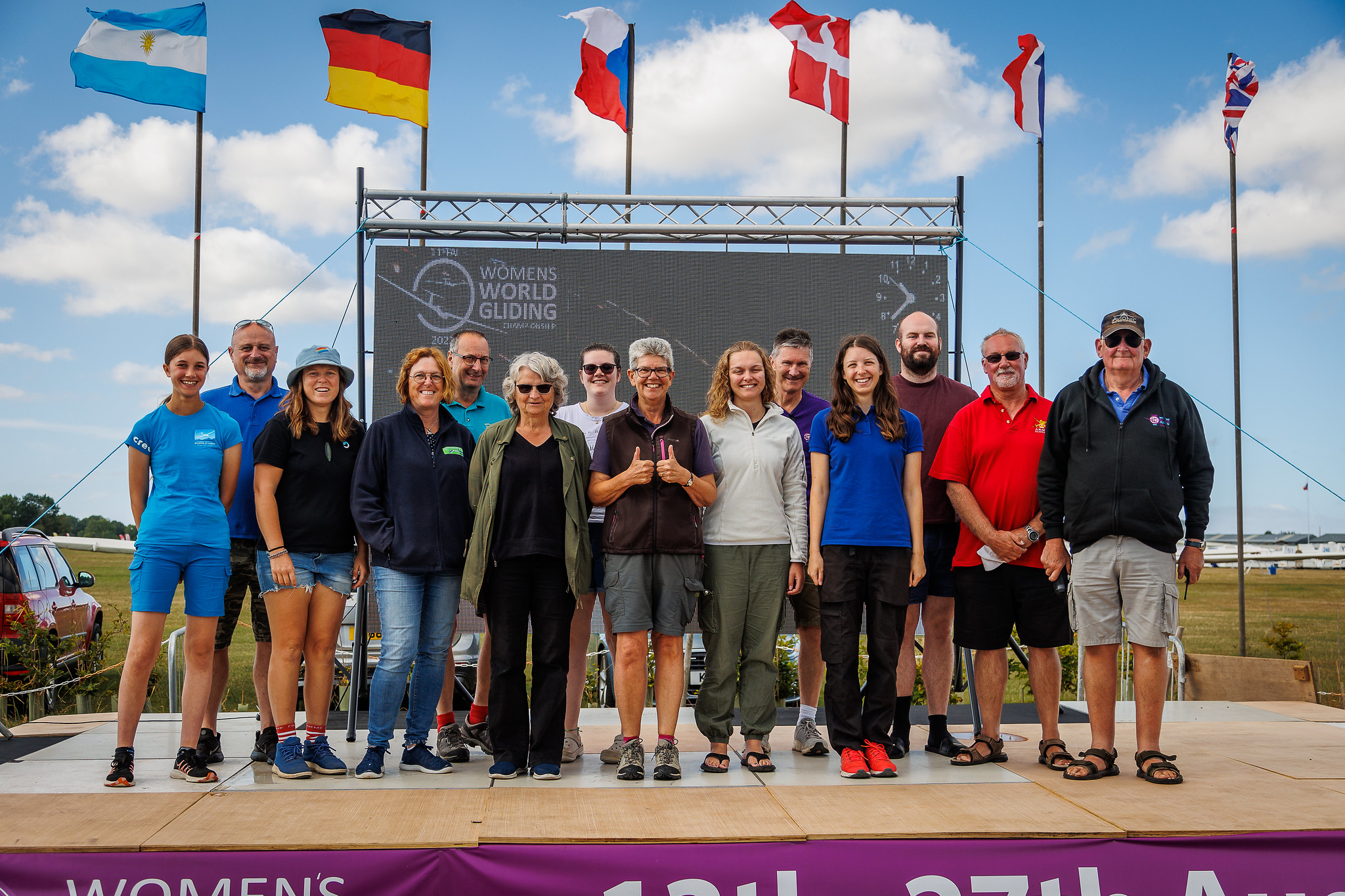 Organising Committee - Liz Sparrow at the centre with her thumbs up

“Its been wonderful,” said Liz Sparrow as the day was winding down. “Every time I’ve walked past the stands have been crowded with people wanting to know more about aviation. Talk from the inspiring women in our sport have impressed people to from the comments I heard. It’s unheard of to have spectators at gliding events, and all these people will be going away with a better idea of what our sport is about and that it is accessible to all.”

Peter Eriksen, President of the FAI Gliding Commission, said: “I am very impressed by the effort the organisers have invested in the organisation of the event. Not only do they manage the competition, they have also invested many resources in getting more women into gliding, by creating links from gliding to sustainability and education, working with schools and youth groups, on STEM - Science, Technology, Engineering, Maths in cooperation with the UK Department for Transport.” 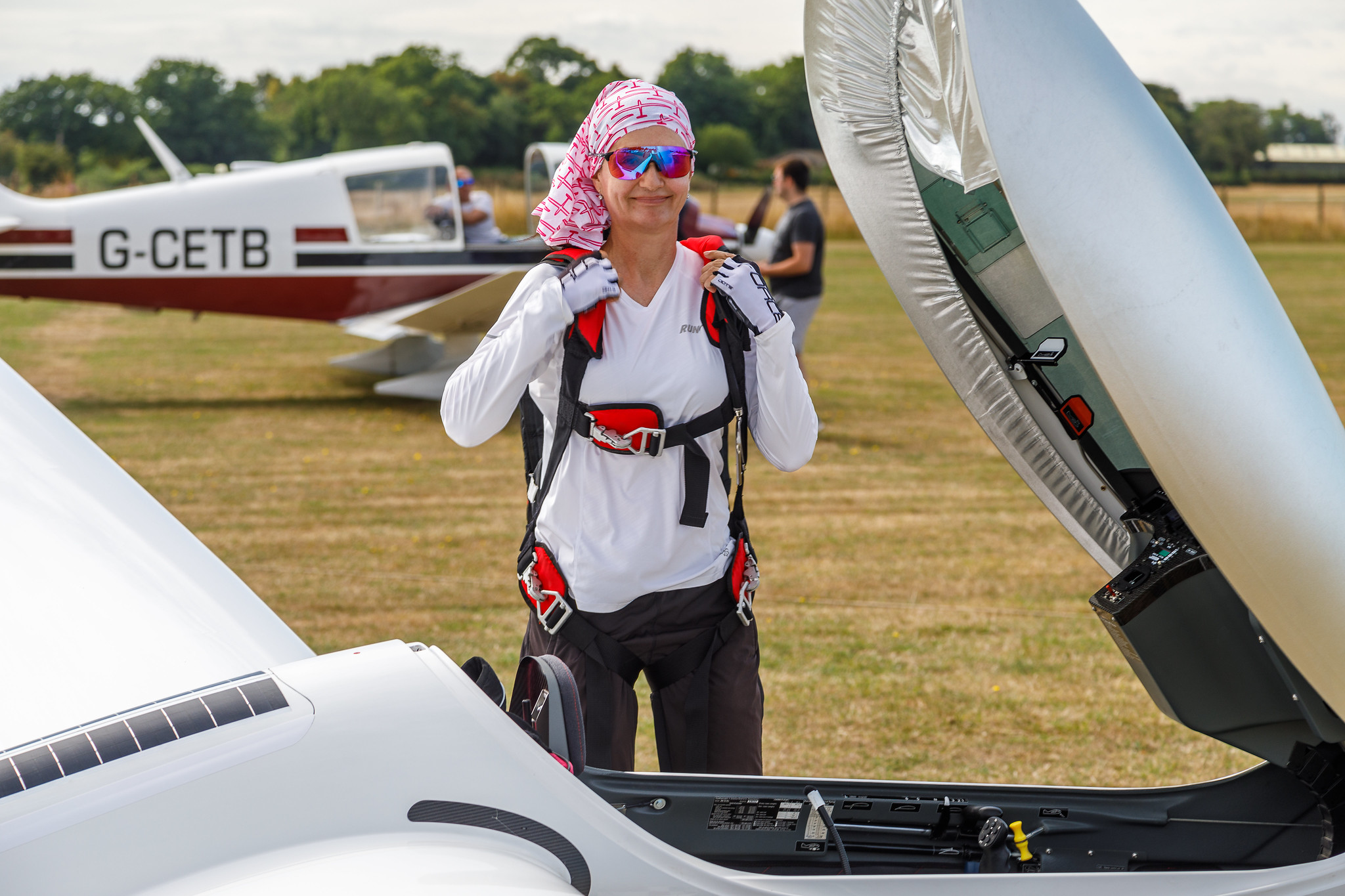 The Championships run until 27 August. 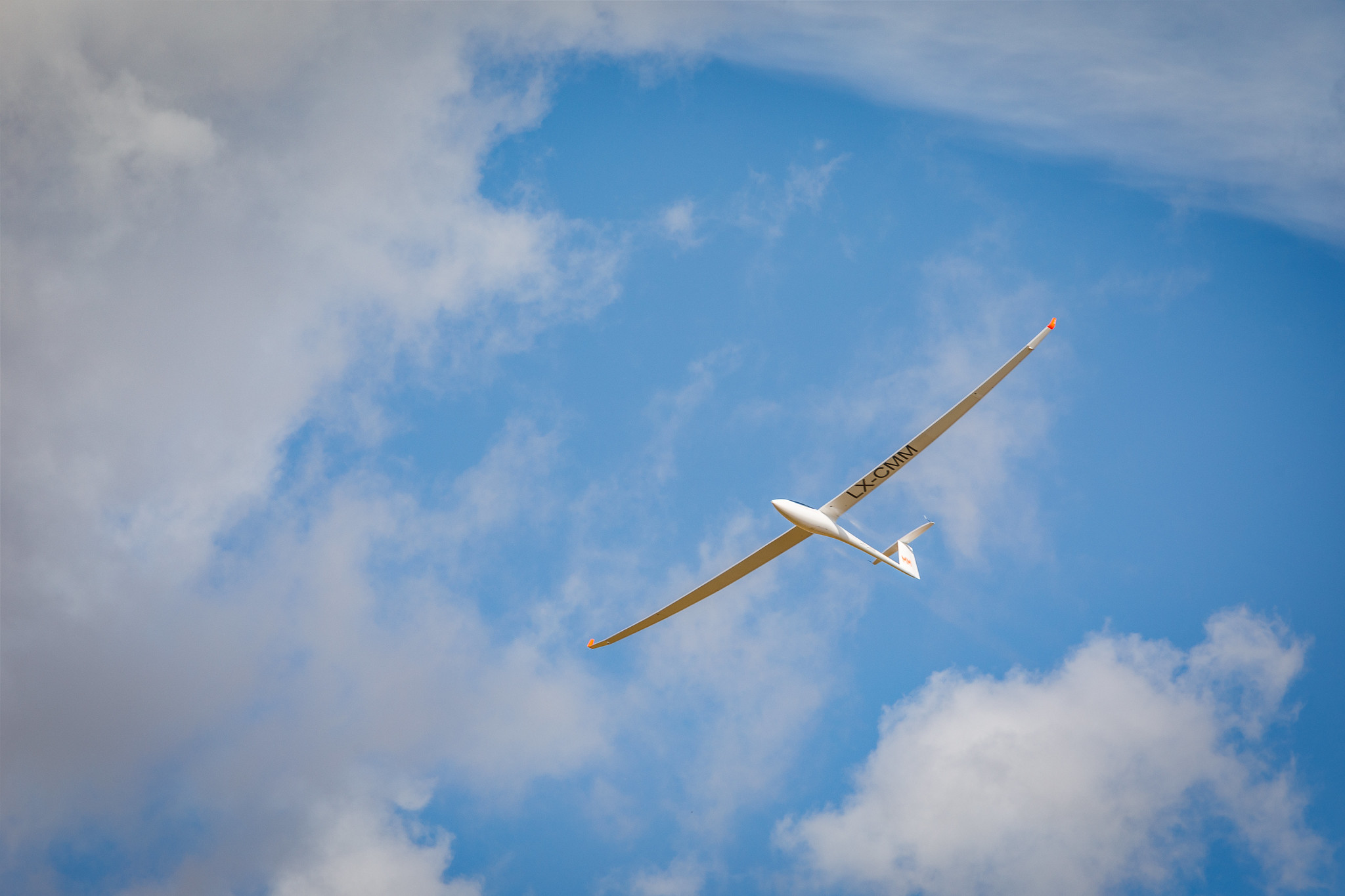