And they are off! Follow the gas balloons of the Gordon Bennett cup

The 17 gas balloons competing in the 65th Coupe Aéronautique Gordon Bennett lifted off from St. Gallen, Switzerland, this afternoon at 16:00 local time with one simple goal: to fly as far possible. The teams took off from the ground one by one in front a large crowd of spectators, each accompanied by their national anthem.

Meteorologists forecast that winds at 2000m altitude might take the balloons to the south of Munich along the border between Germany and Austria, then further into Austria and later to Hungary. 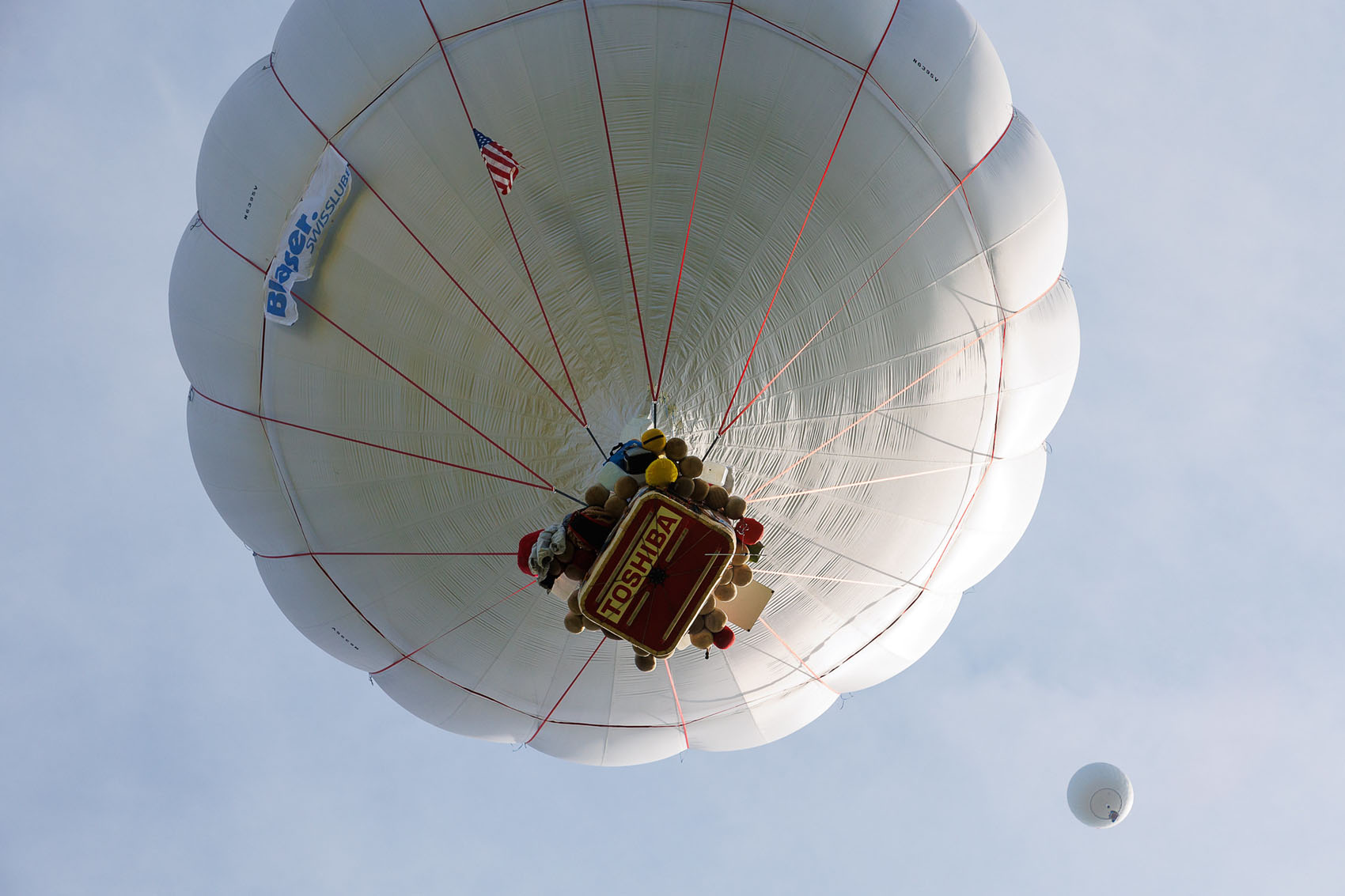 Event Director Markus Haggeney commented: “Gas balloons are filled with hydrogen as lifting gas. They all have the same size, a maximum size of 1000m3. So technically they all have the same lift and theoretically also have the same endurance, subject to the strategy the pilots decide to fly. This means the technology is very equal across the field so in the end the skills of the pilots, the ground support teams and their meteo assessment will be the deciding factor of the race.”

For Haggeney, this year’s race is challenging to the pilots to achieve the big distances, since there are numerous airspace restrictions due to the current geopolitical situation especially in Eastern Europe.

Who to watch out for

The race is typically hard to predict. Seasoned pilots such as the four-time champions team SUI-1 Kurt Frieden and Pascal Witprächtiger (top picture) and SUI-2 of Nicolas Tièche and Laurent Sciboz, champions in 2019 are no doubt hoping to add one more title to their names. 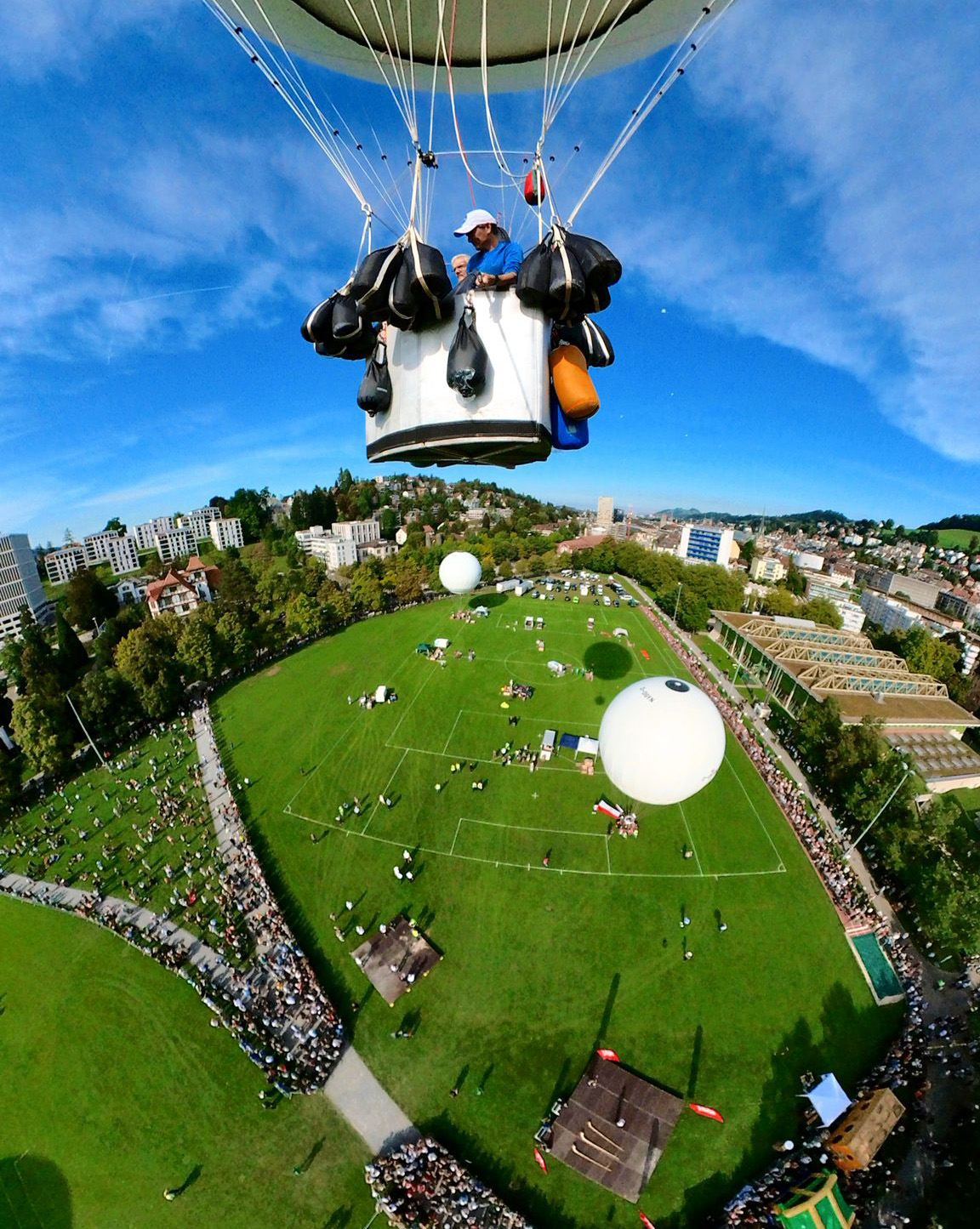 Nicolas Tièche and Laurent Sciboz from SUI-2 said before taking off: “To win we must take-off with passion to go higher and further. The conditions here are wonderful, the winds are strong. It is not that simple but this promises a good battle. We are really impatient. We hope to win this race because it would mean that we would keep the cup in Switzerland, there is a rule saying that after a country wins three times consecutively the nation gets to keep the trophy.”

FRA-1 Vincent Leÿs and Christophe Houver are also serious contenders: Leÿs holds the record for most wins with nine victories. 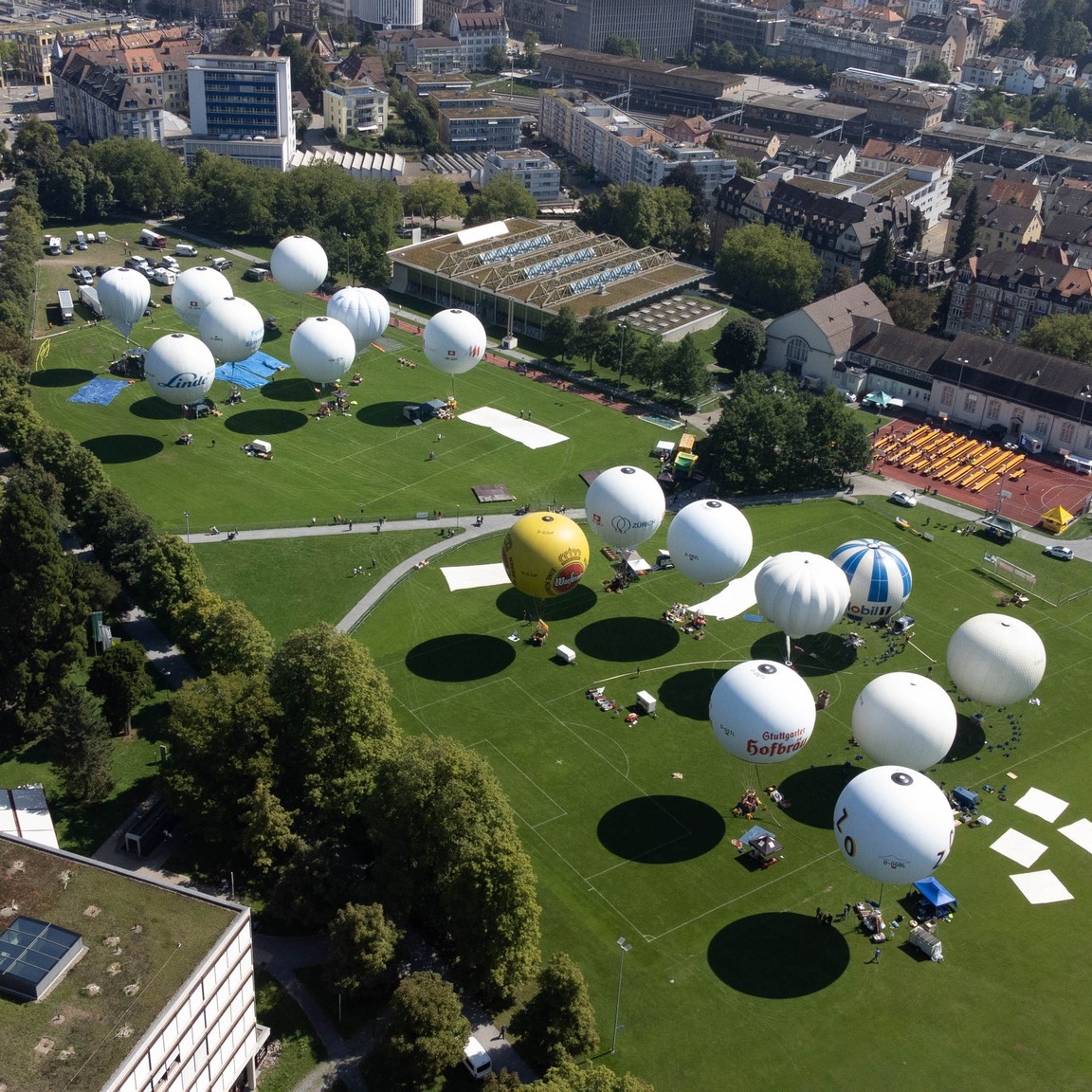 The Coupe Aéronautique Gordon Bennett, the FAI World Long Distance Gas Balloon Championship, is the oldest event in aviation and the ultimate challenge for ballooning pilots. The goal is to fly the furthest non-stop distance from the launch site.

The international competition was created by adventurer and newspaper tycoon James Gordon Bennett Jr. in 1906, when 16 balloons launched from the Tuileries Gardens in Paris, France in front of a crowd of 200,000 spectators.

The winner is the team whose balloon lands at the farthest point from the take-off site in a straight line, regardless of the trajectory, after an average of 3-4 days of uninterrupted flight. 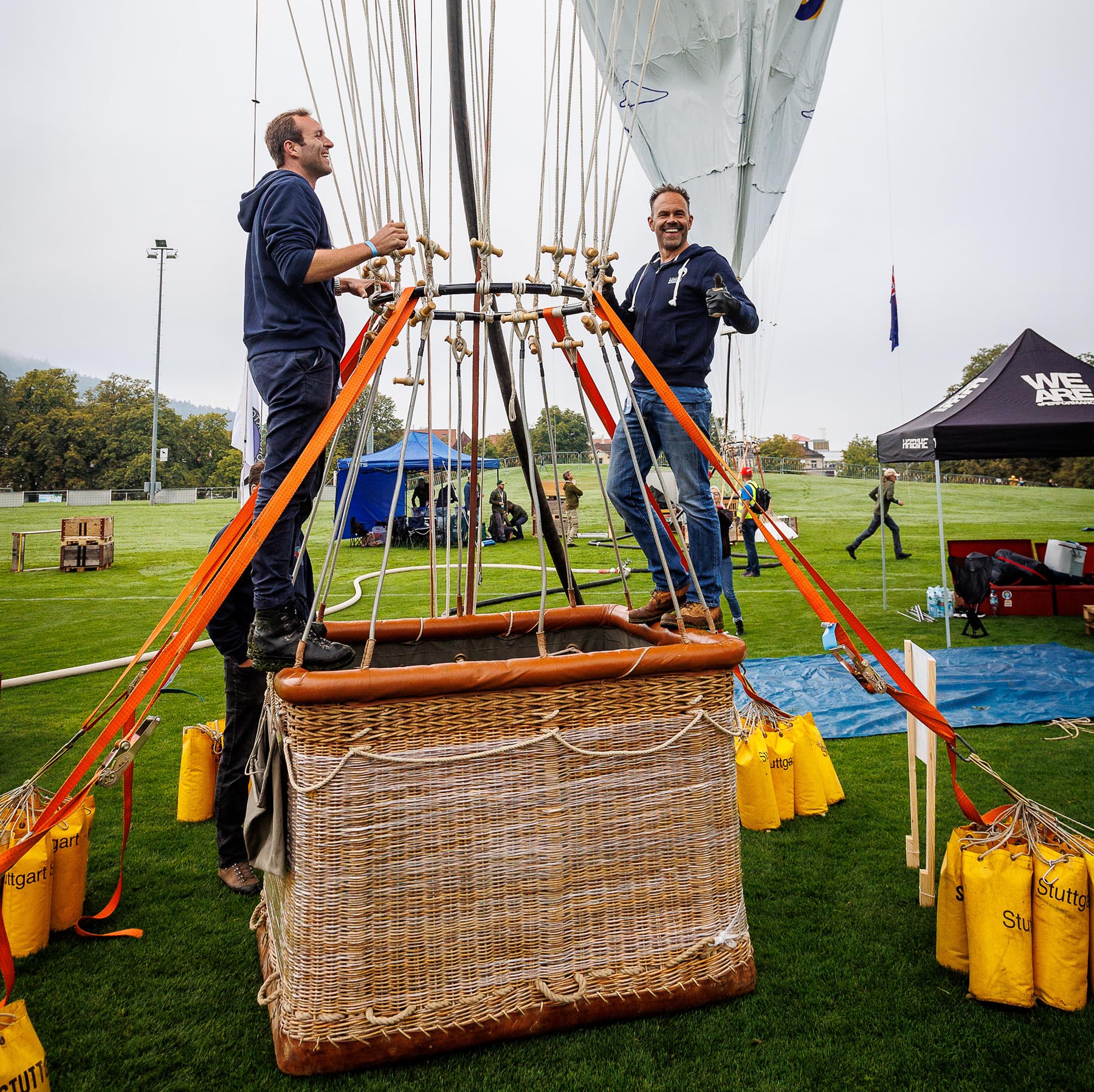 Each balloon accommodates a team of two pilots in a wicker basket of about 1,2sqm. Using only the hydrogen pumped into the balloons before take-off to remain aloft, pilots navigate their balloons using nothing but the winds’ natural movements of the air. Therefore, together with their ground crew, they must constantly analyse weather conditions and find out which wind currents will carry them the furthest. Indeed, because balloons can’t be steered like other vehicles, only a change in altitude allow them to “catch” a specific current to change direction. 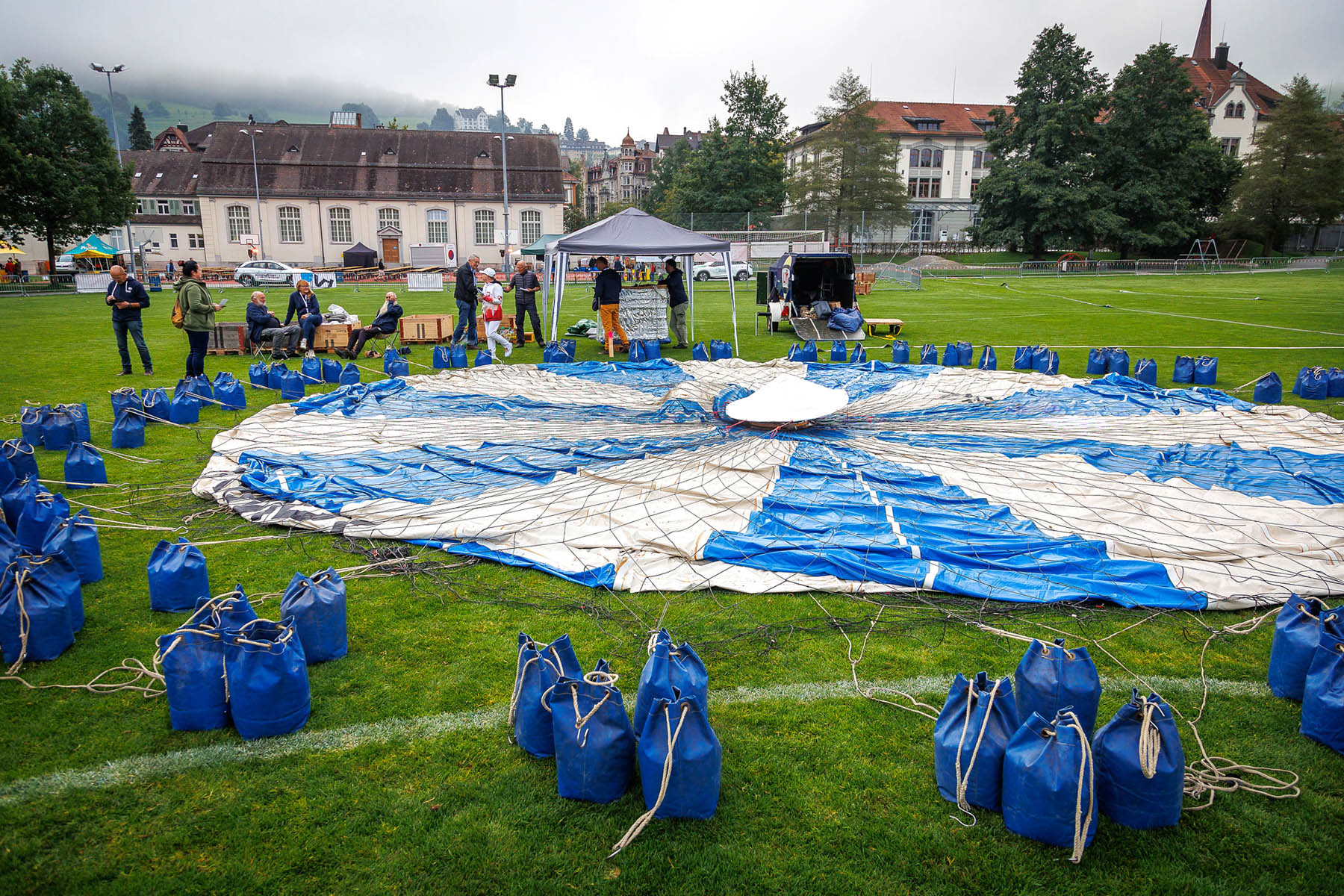 The envelope and sandbags before inflation

To gain altitude, pilots drop sand contained in bags attached to the outside of the basket. To lose altitude, they release small quantities of the hydrogen. Sand is also released to counteract the loss of hydrogen from the balloon envelope. There is a fixed amount of gas and sand so the use of the sand and hydrogen must be managed carefully to stay airborne as long as possible.

The winning team will bring the competition to their country. The 65th Coupe Aéronautique Gordon Bennett is hosted in St. Gallen this year thanks to the victory of team SUI-2 in 2019. The 66th edition will also be held again in Switzerland in 2023, as team SUI-1 won last year.

The prize-giving ceremony will take place on Saturday 10 September in St. Gallen. 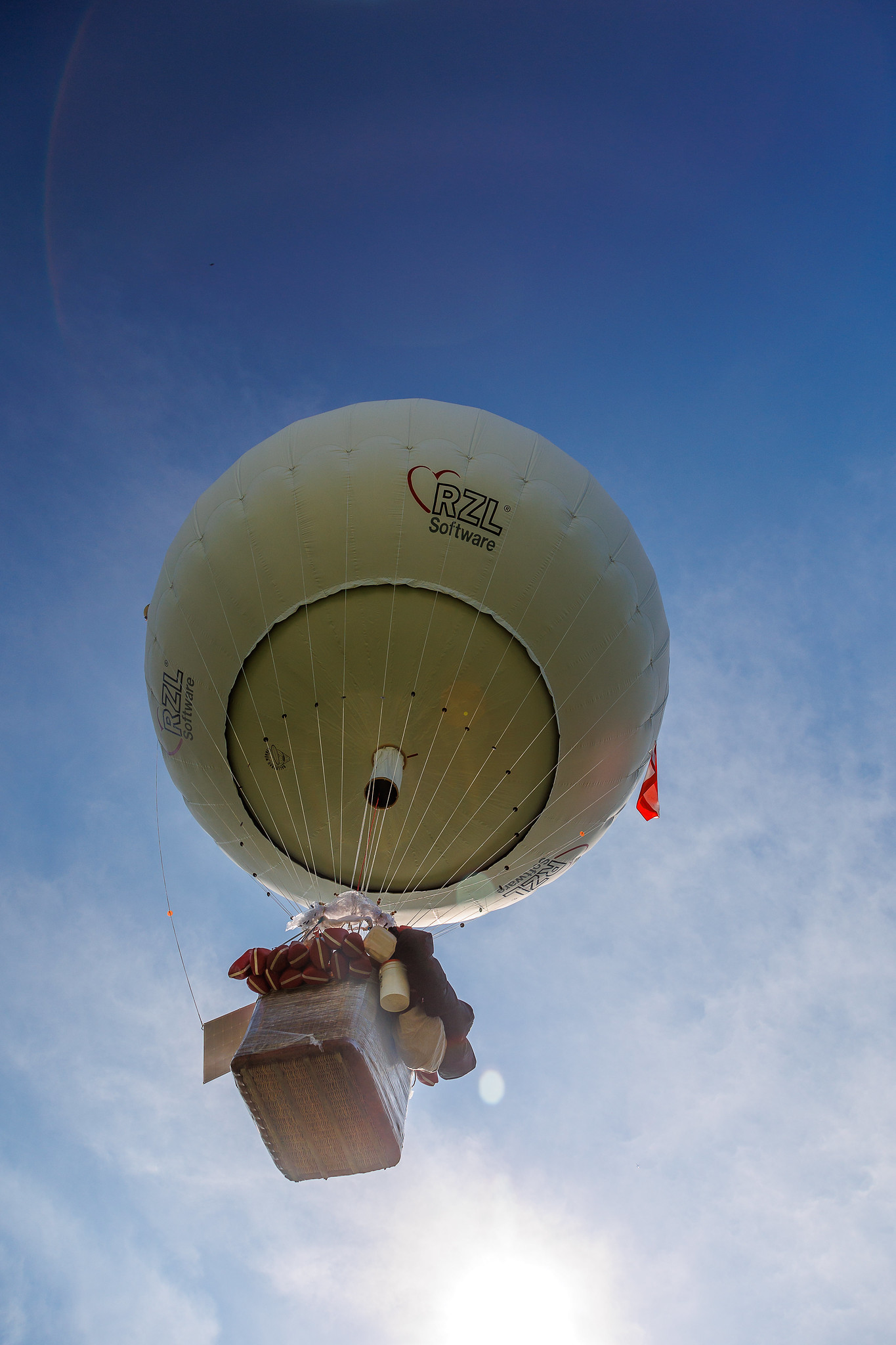