"A week full of ballooning and a perfect balance between Covid-19 and a normal life" - this is what we can say about the 22nd FAI European Hot Air Balloon Championship.  And the organisation during the event was perfect for the airsports athletes.

Ten slots more than we expected for a Europeans, with a field of 81 competitors, everyone ready to fly. We had hopes for a long, challenging event.

Outside we were treated to a big airshow, the Szeged International Airshow with a lot of people in attendance. The Opening Ceremony for the Championship was very short and we were missing some“ normal“ aspects for the public but the decision to open the event without public and without the crews are not what we expect from a European Championship. Anyway, we are here to find the next European Champion and we are happy to have a Championship event! 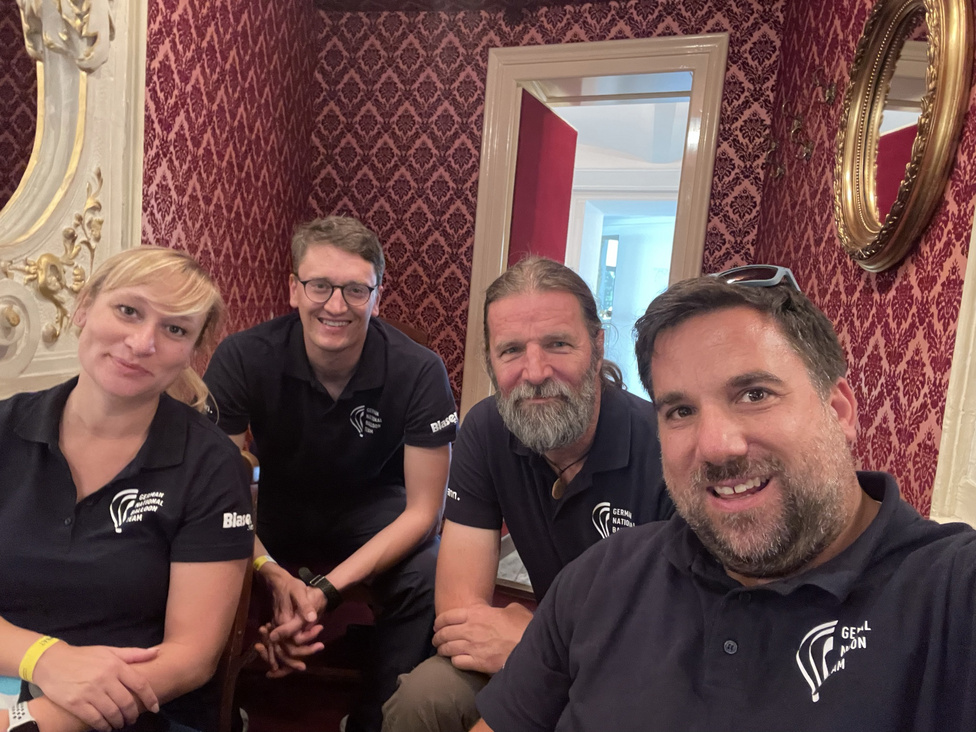 In person, Zoltan Palhegyi (HUN), Deputy Director and Event Manager, did an amazing job.  He handled all the concerns about Covid-19 protocols and  all political movements against this Championship. As Event Director,  we had David Bareford (GBR).

The flying areas in Szeged are flat.  The highest point on the map is the Cathedral of Szeged, a landmark for every flight.  For the contest area, our Blue PZ limit was up to FL95. 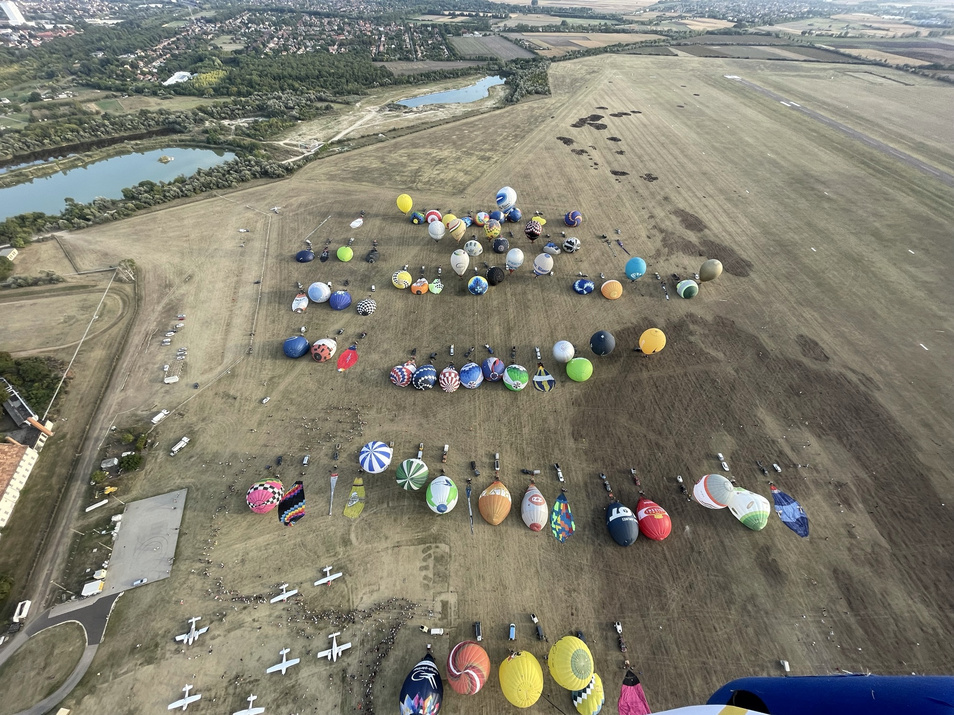 The weather forecast was looking nearly perfect. Just missing for the first two days was steerable winds. The biggest question was: Which team will be best prepared after the long Covid break?

The official Logger for the event was the old FAI/CIA Flytec Logger.  While the new CIA Balloon Live Sensors (BLS) was released in 2020, the organizers continued with rules and loggers approved by CIA in 2019. Anyway as a second logger we had to use the Hungary Tubes for a Live Tracking but it was only working with Android Phones. We decide to use our BLS and my own FAI Logger as Backup.

The weather forecast and winds were very unstable during the first two flights. In the morning, the wind shift was earlier than expected.  And at the night, we all did our own impressive thermal activity flight. There are some very interesting videos on social media channels where you can see what Thermal means within a pack of 84 balloons providing heat.

Event Director, David Bareford‘s task setting all the time was very tough from beginning until the end of the championship. Sometimes we had a lot of corrections of the Task Data Sheet (TDS) because of some misunderstandings. But these were cleared up and the competition was good.

Competitor #74, Roman Hugi (SUI) starts with very impressive results and made nearly no mistakes. Returning champion, #1 Stefan Zeberli (SUI) starts like all the other top Pilots with results which he didn‘t expect. Some top pilots needed more than two flights for a top result in the standings.

For Team Strasmann, our target was a Top 10 or better.  But as one of my mentors told me, you win the first 50% of your points at the briefing. Just reading and listening.

After flight #3,  we had more steerable winds and good conditions. The flights in the air are very close and sometimes too close. We had a lot of mid-air collisions, more than in the past. Maybe CV-19 downtime has made us forget some good flying practices. In my opinion, we had to fly more with the sportmanship mindset and respectful flying with other pilots. The goal is not only to fly close to targets and drop a marker. The tactical point as you approach the front of the target is a solution that you fly more or less free of others. It is possible and you can see it with the teams which fly together. 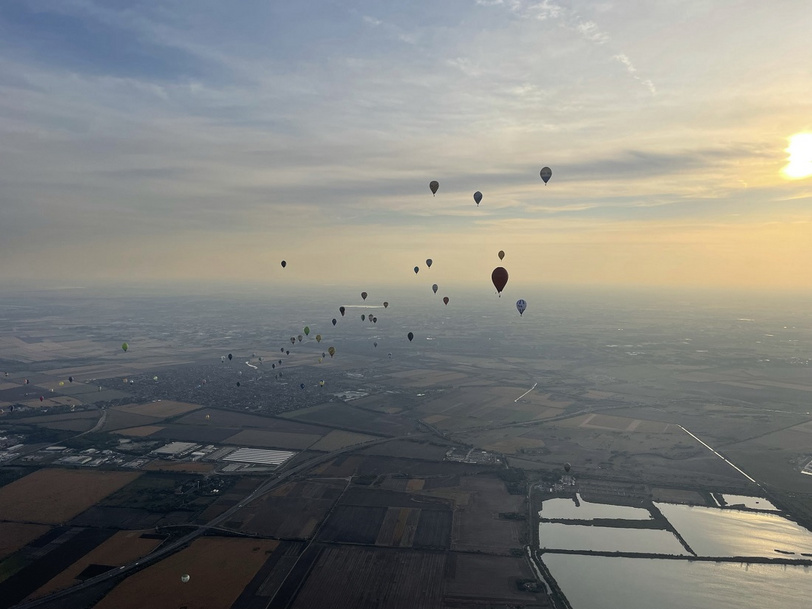 At the end, Roman Hugi (SUI) won this Europeans after an impressive competition from his side. The Swiss Team works together perfectly and Stefan Zeberli (SUI) reached second place on the podium, in front of David Spildooeren (BEL) who placed 3rd.

Thanks to the organiser of this event, the city of Szeged and the airport of Szeged. It was a sportive event for the ballooning airsports, much enjoyed by the competitors. 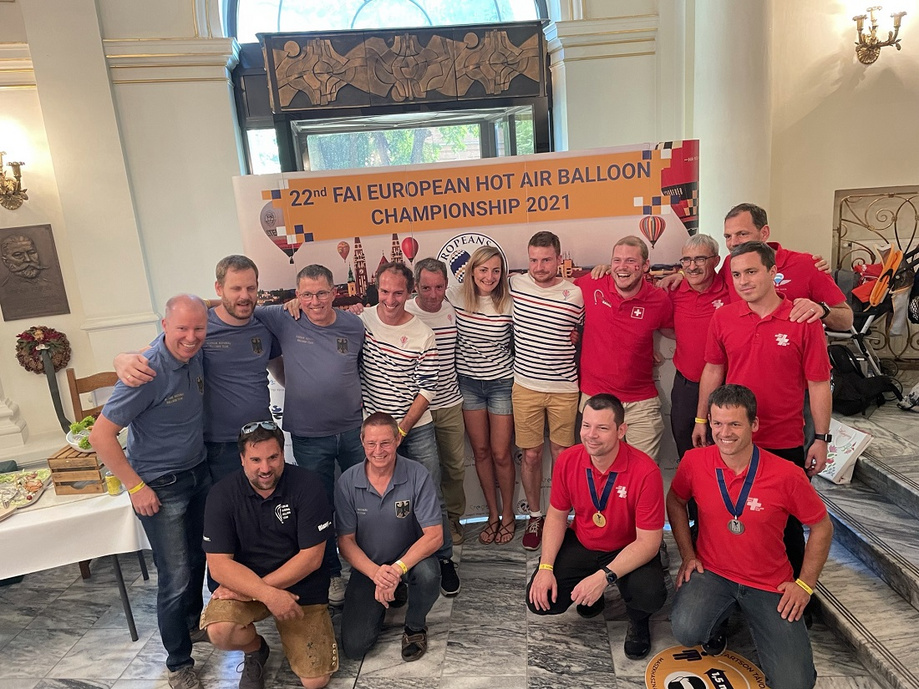