Gordon Bennett opening ceremony: ‘I wish you all a safe and successful race’

A giant globe suspended from the ceiling welcomed the 48 pilots as they, their ground crews and other supporters arrived. On the globe, a real-time projection of satellite weather data swirled around, reflecting the meteorological nature of the Gordon Bennett balloon race.

Pilots walked in to music and cheers from those watching, the biggest cheer of the night being reserved for Wilhelm Eimers and Matthias Zenge, who arrived wearing their blue and black high-altitude down suits. As pilots had been briefed by organisers to dress for the heat inside the cavernous metal space, this also raised the biggest laugh of the evening.

A series of speeches paid tribute to the pilots, organisers and teams of volunteers.

The FAI’s Markus Haggeney read a message of support from the German Chancellor, Dr Angela Merkel, who is patron of the competition. “[Pilots] will take off from the town of Gladbeck. As to where they will end up – the answer is blowing in the wind.”

She added: “I am delighted to be the patron of the Cup in this anniversary year. I would like to greet all participants, the pilots and co-pilots as well as the helpful balloon fans who work on the ground to ensure that the world championship is a success.

“All that remains is for us to hope that the weather will also be in a winning mood. Happy landings.”

And officially opening the competition FAI President Dr John Grubbström, said: “Around the world people are tuning in online to watch the race. It’s very exciting, and the feeling of camaraderie and friendship is quite amazing.” 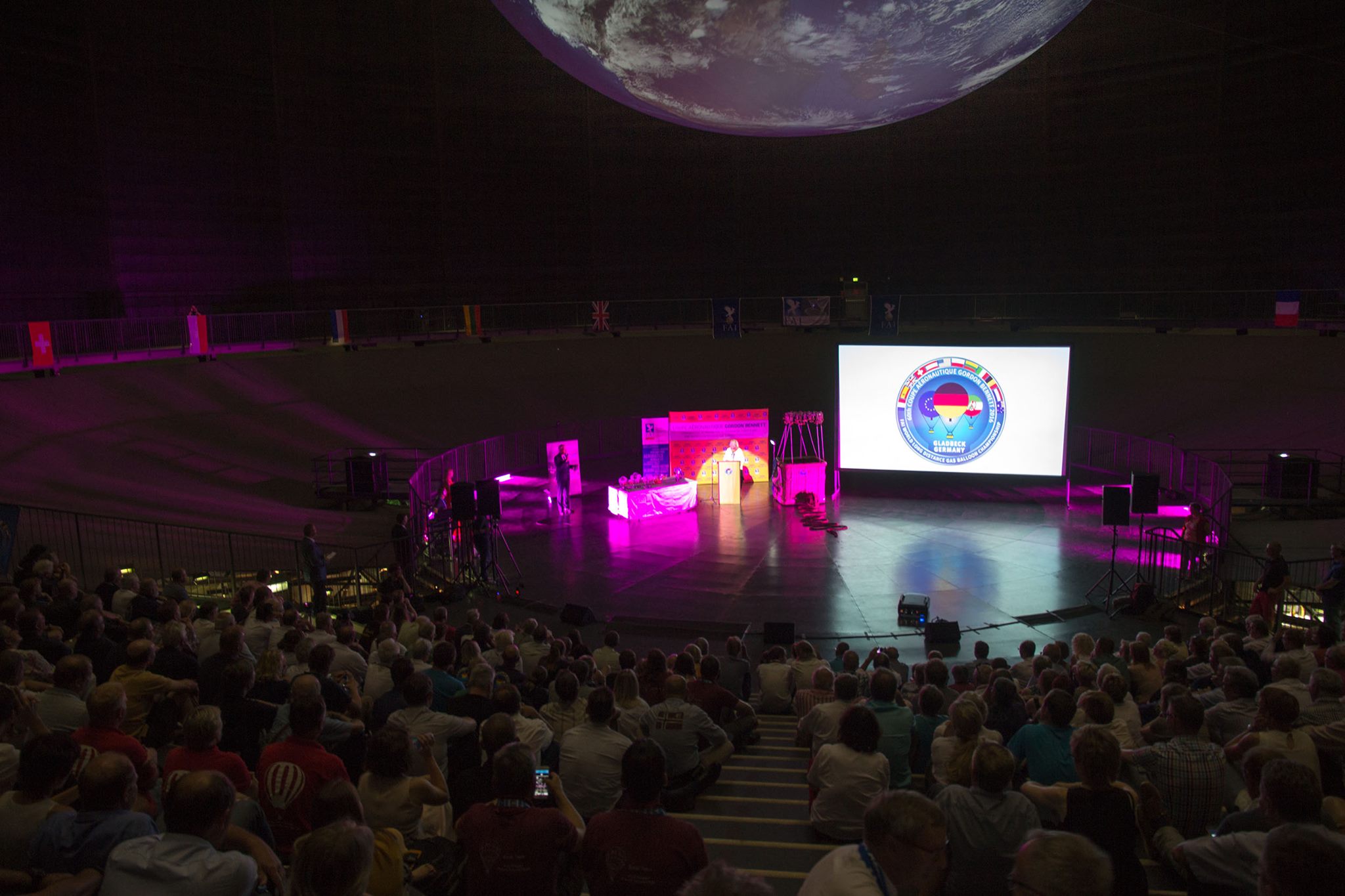 He added: “Championships should be competitive, but also fun and safe. Please have a safe and fun championships.” He then declared the competition open.

The evening was not only ceremonial – there was a practical purpose to it too. Round-the-world balloonist, Breitling Orbiter 3 pilot Brian Jones had the important job of drawing the numbers that define the start order for the race.

Fittingly perhaps, Germany was first to be drawn and will take the first launch slot on Sunday evening.

“I wish all my fellow pilots a safe and successful race,” Jones said.

After the opening ceremony pilots returned to the launch site at Gladbeck for a dinner, breaking bread with old friends and new.

The race will start on Sunday evening, 18 September 2016. Follow the action at www.gordonbennett.aero.