Frenchman Nicolas Ivanoff had a flawless run in the Final Four on a hot and humid Texas afternoon and won the race with a time of 54.118 seconds with Britain’s Nigel Lamb taking second in 54.253 and Canada’s Pete McLeod finishing third in 54.666.

The overall Red Bull Air Race World Championship battle tightened dramatically after six races as Bonhomme moved ahead of Arch in the overall lead on 45 points thanks to his fifth place finish, while Arch, who finished eighth, slipped into a two-way tie for second place overall with Lamb on 44 points.

“It’s really nice to win the race on a great speedway like this,” said Ivanoff after getting the third victory of his career in the world’s fastest motorsport series. “I like the ambience of a motorsport race track like this, and finishing first was much better than I expected.”

The race in Fort Worth, where some 40,000 spectators witnessed the weekend action, was one of the most exciting this season. There were 45 pylon hits during the two days of action-packed training on one of the most challenging tracks ever with its tight turns and difficult stadium wind conditions. But with improved wind conditions on Sunday, there were no Race Day pylon hits. Temperatures soared into the high 30s C.  / upper 90s F. as the pilots zipped through the track at speeds of nearly 370 km/h / 230 mph and at up to 10G.

The next race of the eight-stop championship will be held in Las Vegas on October 11-12. 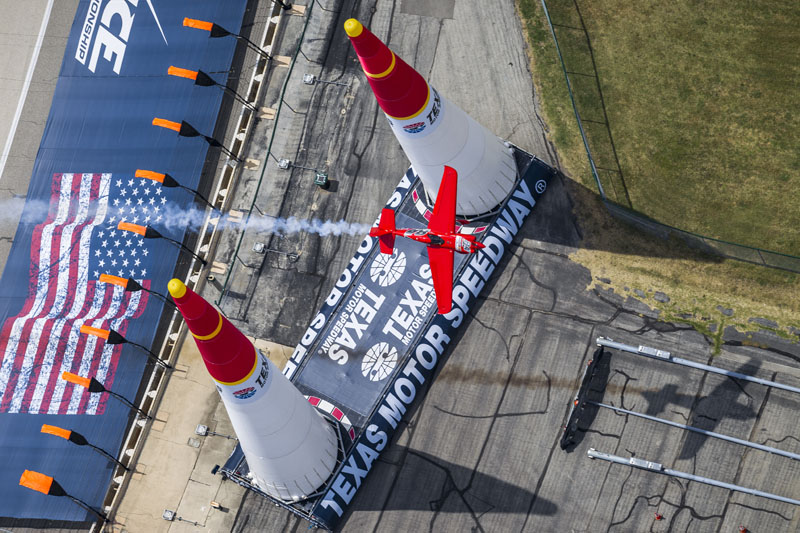