Oberhauser, 43, came out on top after 10 days of intense competition flying. He finished ahead of 149 other pilots from 48 different countries to win the title of FAI Paragliding World Champion and a prestigious FAI gold medal.

Meryl Delferriere, 21, from France won gold in the Women’s category and is the new FAI Women’s Paragliding World Champion. A total of 21 women took part.

Italy and France meanwhile shared a remarkable equal first-place in the Nations category.

Oberhauser, who had been leading the competition for the final few days, said he was overjoyed with his win, calling it, "A dream come true!"

“The last task was incredible," he said, "It was good conditions but you never know what can happen in the air.”

Any one of four pilots could have done enough to win the championship on the last day, so it was essential Oberhauser flew well on the final 96.1km task. In the end he finished 22nd on the day – enough to keep him in the lead overall.

“All the leading pilots were together during the flight, and finally I managed to get to goal as well. So it was a good day,” he said.

He added that he had enjoyed the whole competition. “[North] Macedonia is a super-great place. It’s my first time here, and I think it is one of the best places in the world to race paragliders. Nice conditions, safe flying and strong organisation.”

Russia’s Gleb Sukhotskiy is at the second-place with silver and former FAI Paragliding World Champion Honorin Hamard (FRA) has got the bronze. 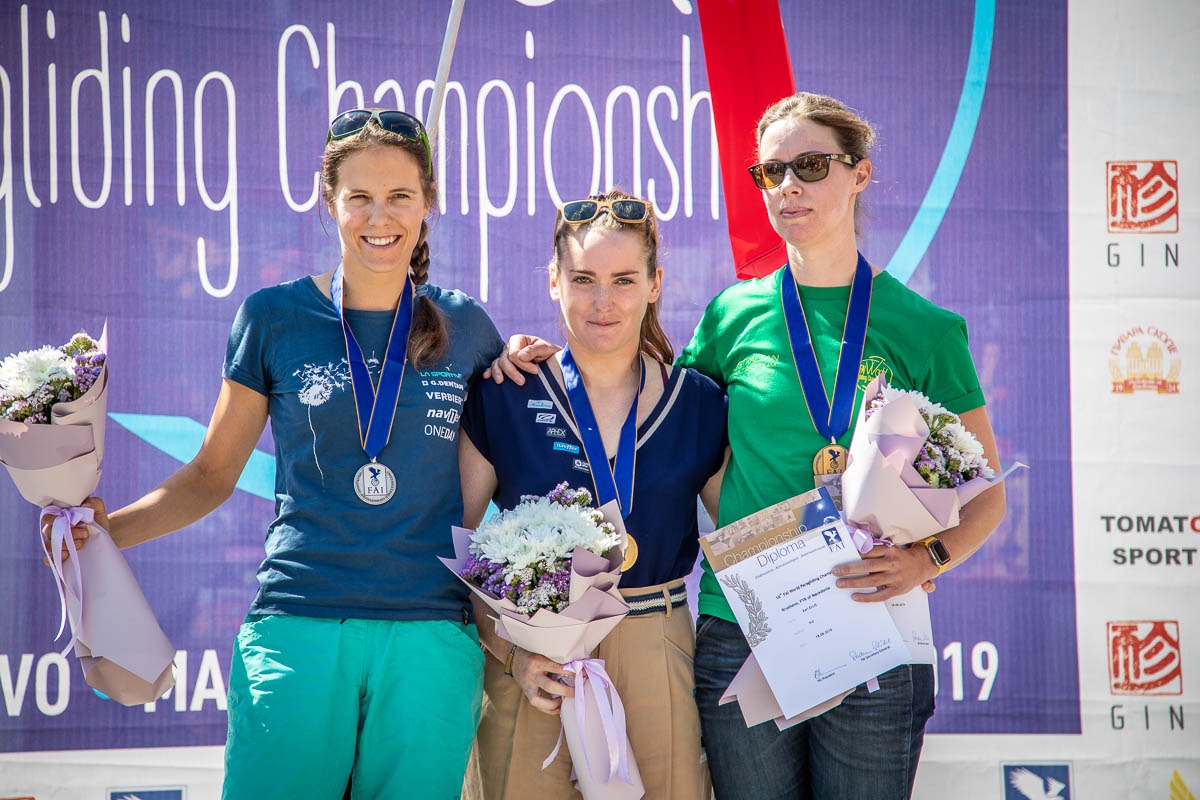 In the Women’s category, Meryl Delferriere from France won gold. One of the strongest female contenders going into the competition, she dominated the Women's field, winning six out of 10 tasks.

In paragliding competition, men and women fly the same task together and are scored the same way. However, rankings and medals are awarded in Overall and Women's categories.

Delferriere said: “The last task was difficult but fun. There are many women pilots here, and it’s been a good competition for all the women.”

Widely tipped to do well at the start, Delferriere did not disappoint. As well as winning six tasks she placed in the top four in all but one. A mistake in Task 7 saw her miss goal and place 17th for the day. However, it did not affect the final outcome. 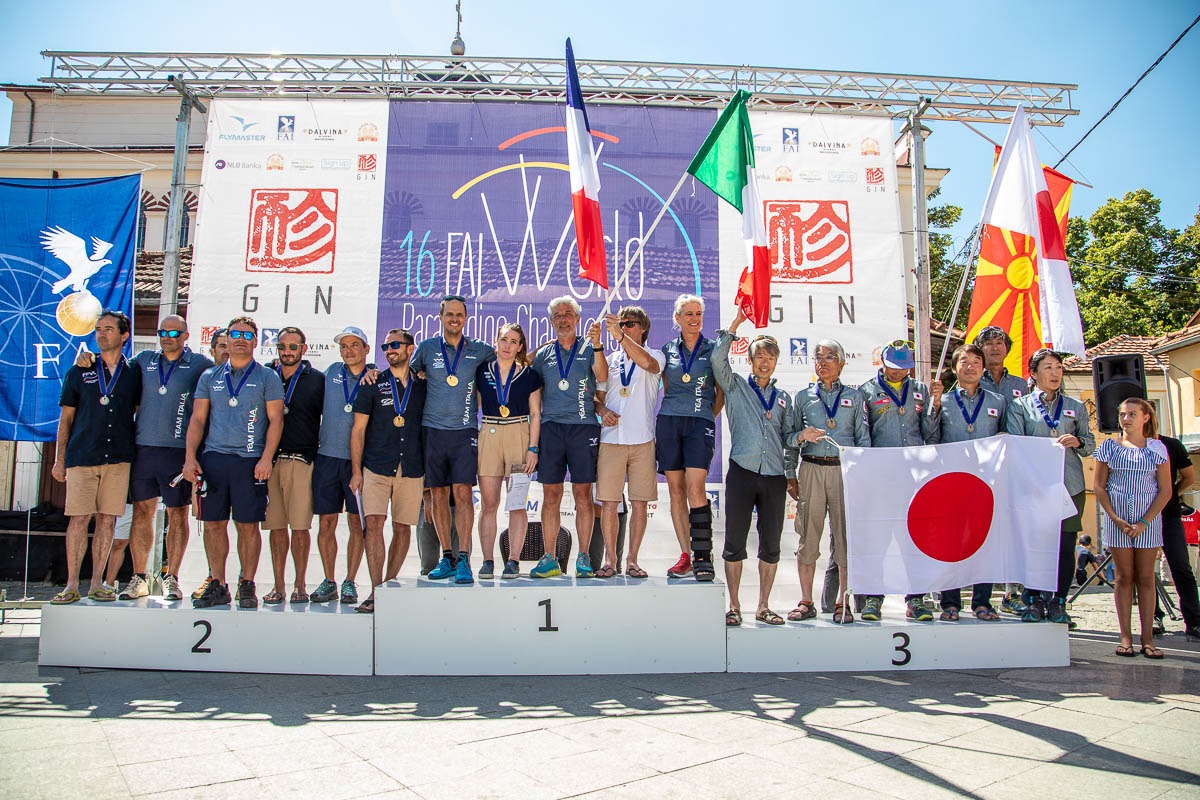 Both winning pilots helped their national teams to a historic equal first-place in the Nations competition. There has never been a joint-first winner in the Teams category in the history of the FAI Paragliding World Championships.

The competition for top spot in the Teams this year was fierce, with France widely tipped to win. However, a late surge by Italian pilots, and some mistakes by French pilots mid competition saw the two teams draw neck and neck in the later stages.

And although France pulled out all the stops on the final day, and managed to clinch the day-win as a team, it wasn’t enough to pull ahead of the Italians. 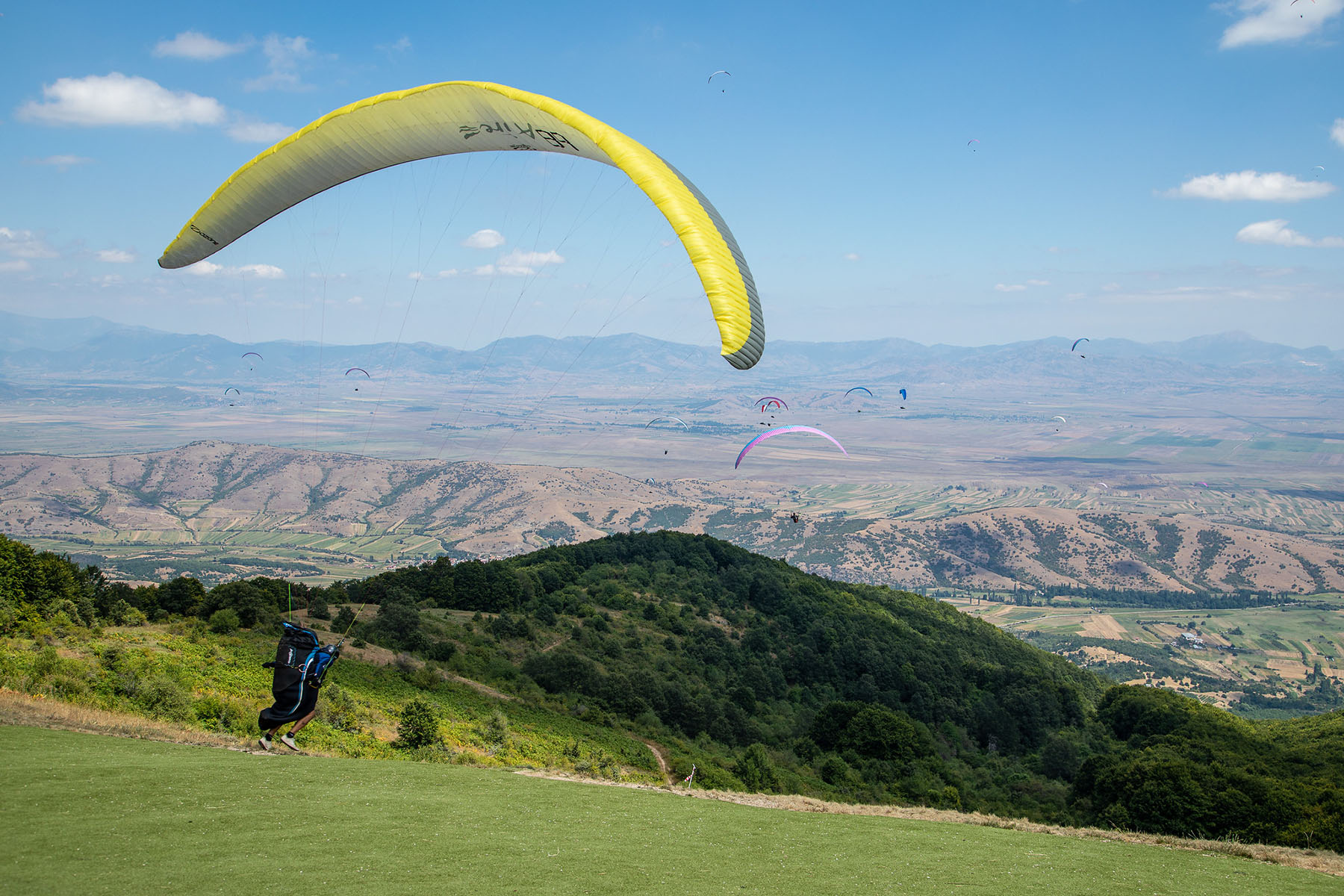 In paragliding competition, each team is made up of four pilots, with the top two pilots in each team contributing to the team score each day. By the end of the competition, France and Italy had both scored 18,821 points over the two weeks – an incredibly tight finish. Japan was third and wins bronze; there is no second-place silver medal awarded.

Organisers said overall winner and new FAI Paragliding World Champion Joachim Oberhausen was, “a truly world-class pilot” and labelled him “Mr Super Consistent” for his performance throughout the competition.

Despite not winning any of the tasks throughout the competition, his strong performance each day meant he gradually rose to the top of the leaderboard.

“He was in the top 10 in six out of the 10 tasks,” organisers said. “He fully merits the title of FAI Paragliding World Champion having conquered the baking hot plains of Macedonia.” 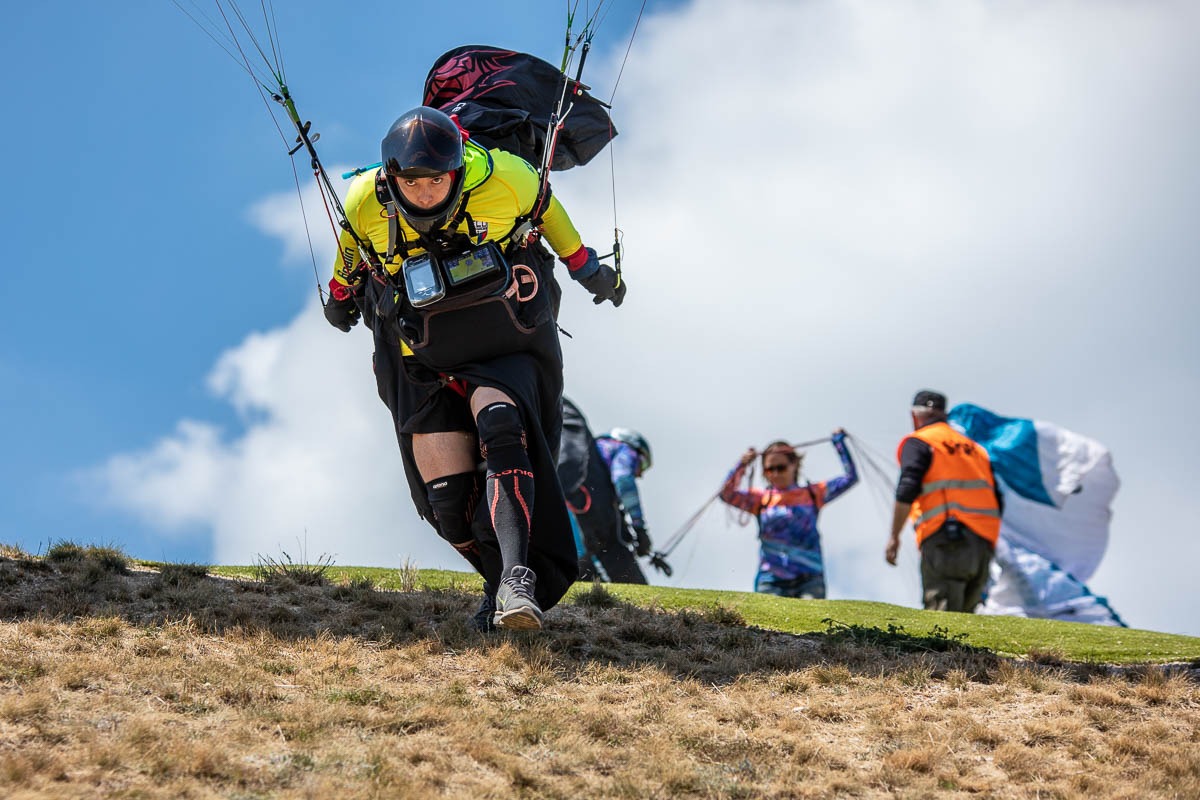