FAI has received Paragliding Accuracy both World and European record claims in the category "Number of consecutive accuracy landings with a score  = or < than 5cm" with the performance of 18 rounds with a score of 34 cm by Matjaž Sluga (Slovenia) on the wing  Papillon Raqoon (Papillon Paragliding).

We have contacted Matjaž to learn more about his achievements:

How long have you been doing free flight sport? What made you begin?

I have been doing free-flight sports for 31 years. I began doing it because at that time it was new so no one was doing it and that attracted me to it. When I started doing it there was very little information about it, so we had to learn ourselves. I was into sports since I was little, so trying out paragliding was spontaneous. 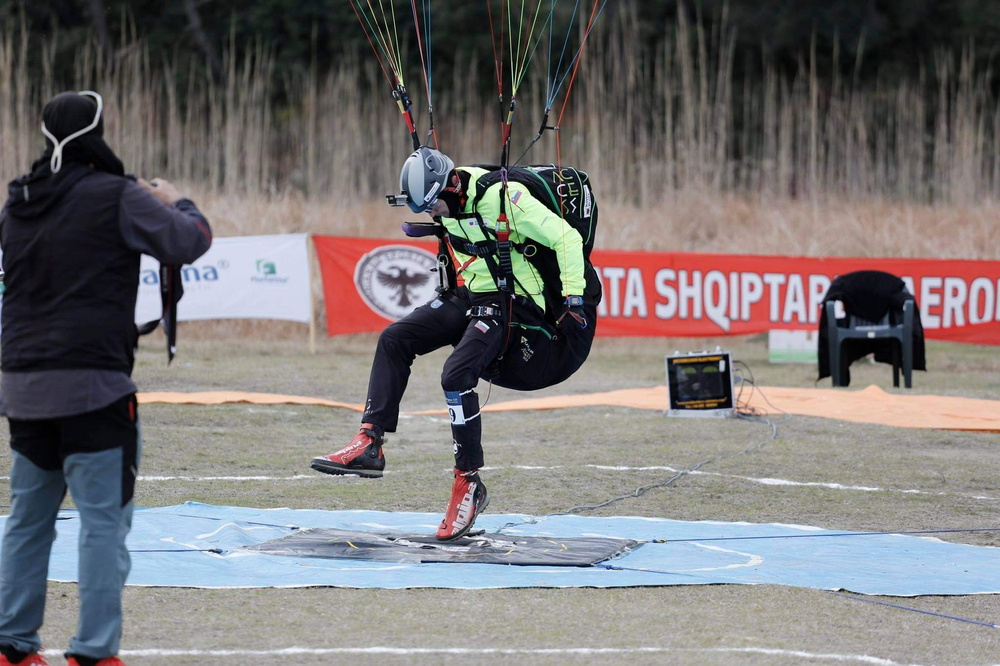 What are your achievements, titles before breaking a record?

In the World Championships, I won three gold medals, three silver medals, and one bronze medal, three of which are individual and four team medals. In European Championships, I won five gold medals, one silver, and one bronze medal, four of which are individual and three team medals. I am two times the winner of the World cup and European cup in 2018 and 2019. I also have eleven national championship titles in paragliding accuracy. 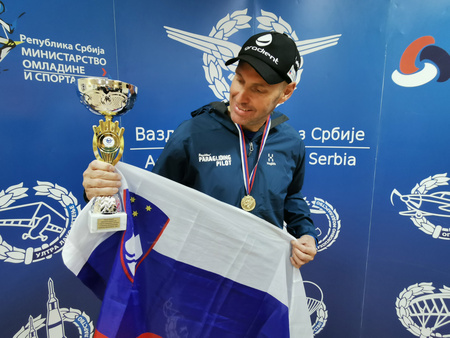 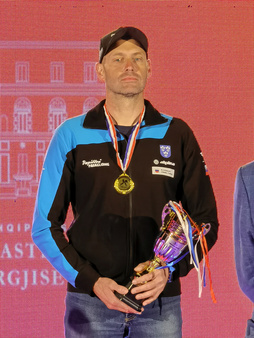 At what competitions were your record-breaking landings done?

My record-breaking was in Serbia, Albania, and Turkey. To be more precise: 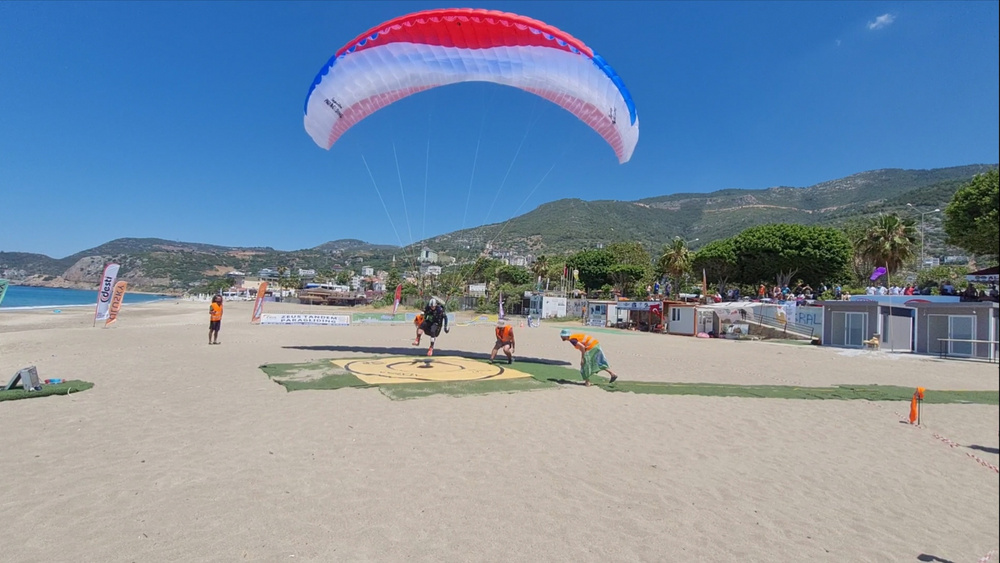 Do you know what is the previous record and at which competitions was it done?

I know that the previous record was set in 2015 in Dubai with eleven rounds.

(FAI CIVL: current World record is 11 rounds with 23 cm by George Cotet from Romania. And the preceding superseded World record again belongs to Matjaž Sluga - 8 rounds with 10 cm, for European claim no previous record was set).

I actually broke the record in 2019 with thirteen rounds. I got all the papers ready and gave them to our National Aeronautical Association. But because they sent the papers to CIVL too late, my record was not approved.

How much flying conditions influence PGA records? Was the weather at its best when you did it?

It is normal that in better conditions it is easier to land. But the weather was not ideal in these three competitions. There were another three competitors that tried to break eleven rounds, but no one made it. That is why I am even more proud of my achievement of eighteen rounds.

How long have you been flying in the area of the competitions?

I have been flying in these places before. But the weather conditions change all of the time so it did not make much of a difference.

I always try my best in a competition. Although I didn't win all three of them, I still broke the record, because then I changed my technique only to break it. And I believed in myself all of the time, there was not a moment I thought I was going to fail.

Who helped you to become a record-breaker (any team, friends, NAC, trainer, local pilots, etc)?

In breaking this record the most important thing was having my teammate Anton Svoljšak, who trained with me and went to the competitions with me.

(FAI CIVL: Anton Svoljšak is a current FAI World record holder of 4 consecutive accuracy landings with a score of 0 made in 2017)

Breaking the record was my first goal this season, and I celebrated with my wife and children. The first two people who congratulated me were my co-competitors Martin and Borjan Jovanoski. 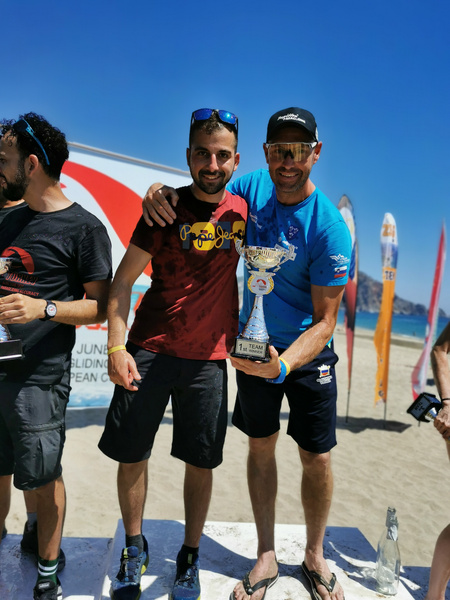 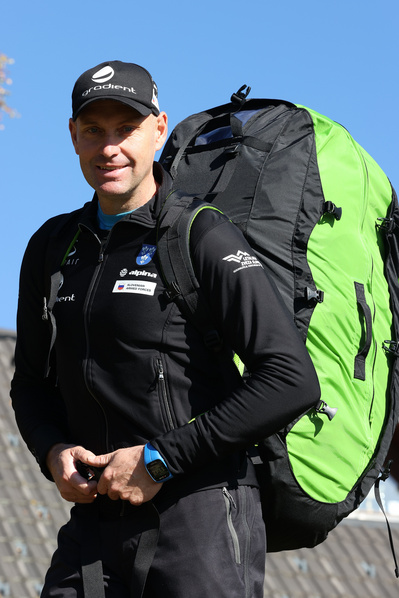 I hope that paragliding accuracy will keep expanding in the world because this discipline shows great control and performance of paragliding pilots.

My next goal is to show the same great landings in World Championship in Macedonia, and we will see if it will be enough to win. 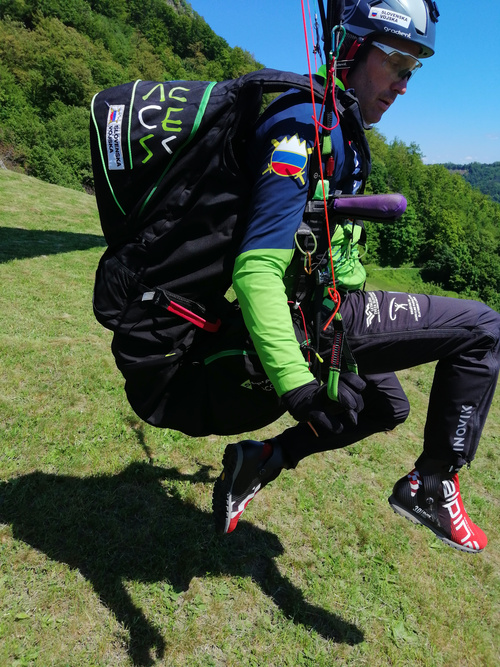