Meet the crew aboard the first ever all-civilian spaceflight

In September 2021, these four people were the first ever to make an all-civilian spaceflight. The spaceflight referred to as Inspiration4 was operated by SpaceX and lifted off from Cape Canaveral’s historic Launchpad 39A on 16 September 2021 at 00:02:56 UTC. Aboard were Mr. Jared Isaacman, Commander, Dr. Sian Proctor, Pilot, Ms. Hayley Arceneaux, Mission Specialist, and Mr. Chris Sembroski, Mission Specialist (pictured whilst in orbit, above) who completed a three-day mission, splashing down in the Atlantic on 18 September 2021 at 23:06:49 UTC.

Jared Isaacman or “Rook” is a billionaire with experience as a military jet pilot who procured the four seats aboard the Resilience as a venture to raise money for St Jude’s Children’s Research Hospital.

Isaacman donated two seats to the hospital: Hayley Arceneaux (“Nova”) a physician’s assistant at St Jude’s and survivor of bone cancer, took one, and the second was auctioned by the hospital. Raffle winner and donator Kyle Hippchen offered his seat to US Air Force veteran Christopher Sembroski (“Hanks”). The final seat was won in an entrepreneurial contest by Sian Proctor (“Leo”).

The crew received commercial astronaut training by SpaceX and their mission was to perform in-flight experiments to monitor their fluid shifts, record ECG activity, blood oxygen levels and heart rates, as ordinary citizens who had not received astronaut selection, training and preparation. This study into the effects of spaceflight on human health and performance was made in collaboration with SpaceX, the Translational Research Institute for Space Health (TRISH) at Baylor College of Medicine and investigators at Weill Cornell Medicine. 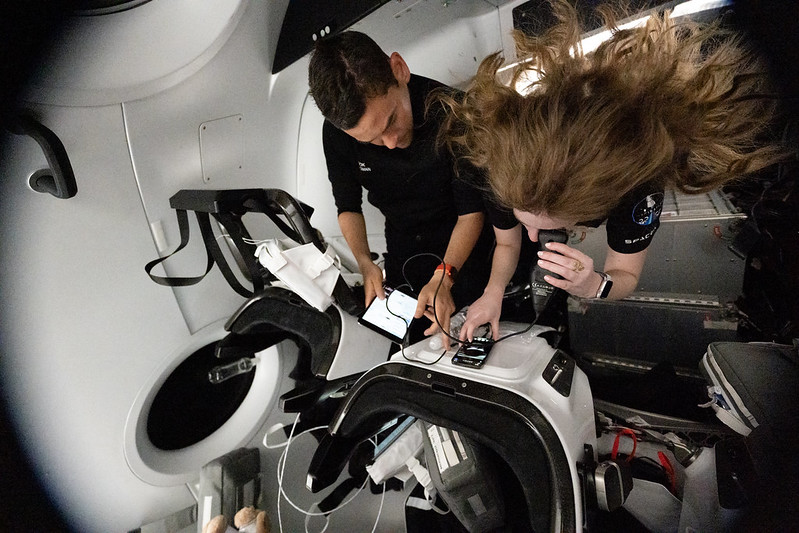 The mission coincided with the 55th anniversary of the 1966 Gemini 11 flight, which had an apogee of approximately 1,368 km, the highest Earth orbit ever reached on a crewed mission.

The Inspiration4 flight reached an orbital altitude of approximately 585 km, which is the highest achieved since STS-103 in 1999 and the fifth-highest Earth orbital human spaceflight overall. For a comparison, the International Space Station is located at 408 km. 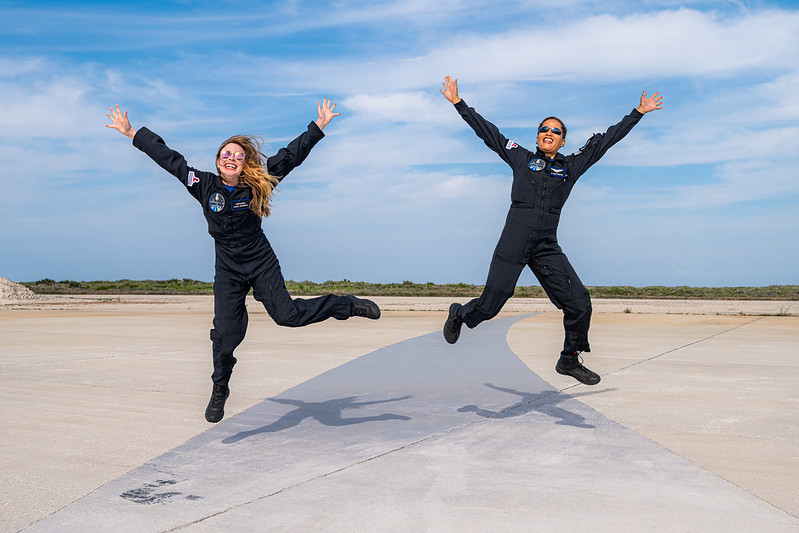 St Jude’s Children’s Research Hospital opened over 50 years ago and has helped push the overall childhood cancer survival rate from 20 percent to more than 80 percent. The original aim was to raise US$100 million to help save youngsters with childhood cancer and other life-threatening diseases. This goal was surpassed with a total US$248 million raised by the Inspiration4 mission.

FAI Astronautic Records Commission (ICARE) has awarded a V.M. Komorov Diploma for this spaceflight. This Diploma was established by the FAI in 1970 for outstanding achievements in the field of exploration of outer space in the previous year, and honours the memory of Soviet Cosmonaut Komarov who participated in the world record space flight of Voskhod 1 in 1964, and who lost his life while serving on a cosmic flight.