This morning the Canopy Piloting event started with one round of Zone Accuracy in beautiful conditions.  Then they moved to Carved Speed 70 m due to the increase in winds.

The Speed competition round one was a very good round for most competitors. A lot of new records were set and the following Record Claims have been submitted.

This record might seem a little bit strange, but the current World Record set by Luc Maisin from Belgium was never claimed as a European Record, so to set things straight for the future this claim is now being made.

In Kemerovo the competition will start tomorrow, Wednesday.

The Opening Ceremony took place in Tanay and the competitors from Kemerovo arrived by bus. 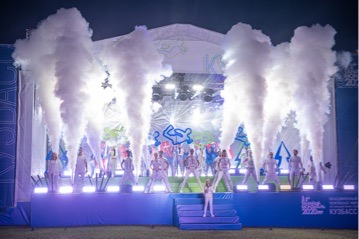 The Competitors oath was read by Massimo Caramel, Junior Speed Skydiver from Italy and the Judges oath by the Event Judge for FS 4-way, Claire King.

A spectacular show was put on with the parade of the competitors, speeches were made by officials and the competition was declared open.

As a surprise a bouquet of flowers was handed out to each female competitor and official. 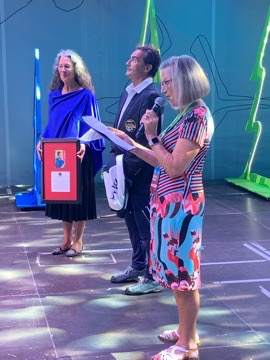 You can find official scores from day one at: results.worldskydiving.org
For FS there are also videos, click on the scores and then on the white and blue video icon.