The 6384.50km flight, which set world records for both duration and distance flown in an airship, began in Lakehurst, New Jersey, USA on October 29 of the same year.

Born in 1868 in Flensburg, Germany, Eckener earned a doctorate at the University of Leipzig before starting a career as a journalist and editor.

His interest in airships began when he met manufacturer and pioneer Count Ferdinand von Zeppelin, who asked him to become the publicist for the Zeppelin airship company.

Eckener obtained his airship license in 1911 and went on to both pilot and construct airships for much of the rest of his life. He died on August 14, 1954.

About the Graf Zeppelin 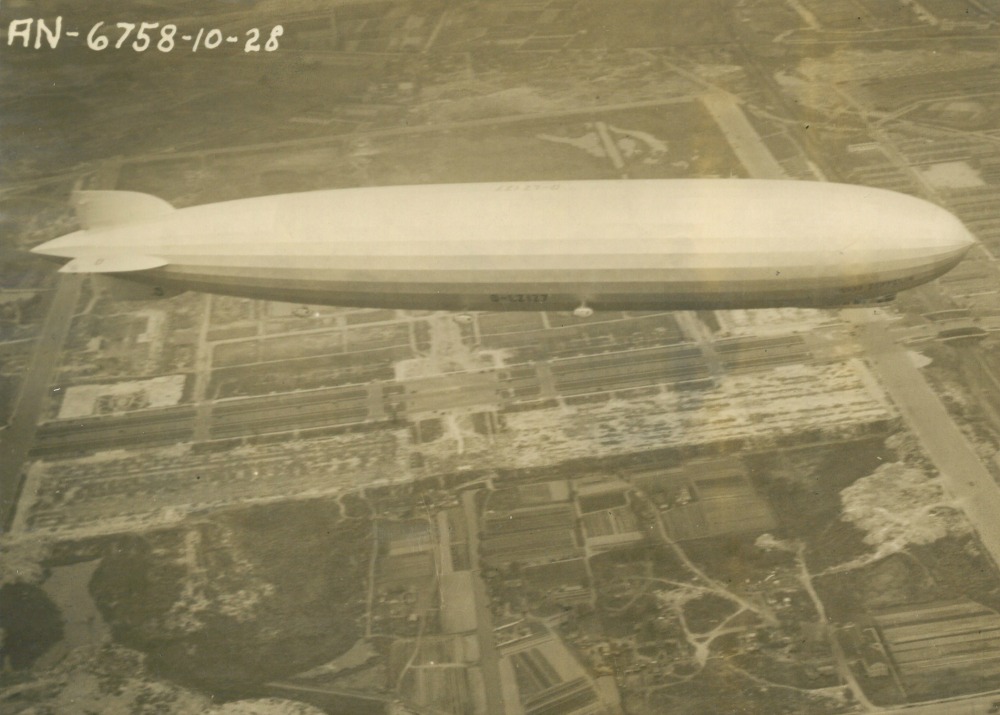 Named after von Zeppelin, the LZ-127 “Graf Zeppelin” was a German-built, passenger-carrying, rigid airship that operated commercially from 1928 to 1937.

With a total gas volume of 105,000m3, it was the largest airship in the world at that time.

When it entered commercial service in 1928, the Graf Zeppelin became the first commercial passenger transatlantic flight service in the world.