Ninety years ago, the Hunter brothers spent 23 days in flight without landing

Ninety years ago today, the four Hunter brothers began their journey to break the world record for Duration in an airplane with a flight that was to last an incredible 23 days!

The roles of the brothers were defined as follows: John and Kenneth were the pilots of record plane the City of Chicago, while Albert and Walter worked as the refuelling crew in the Big Ben. Together, they remained airborne for 553h 41m 30s, on a distance equivalent to one and a half times around the world. 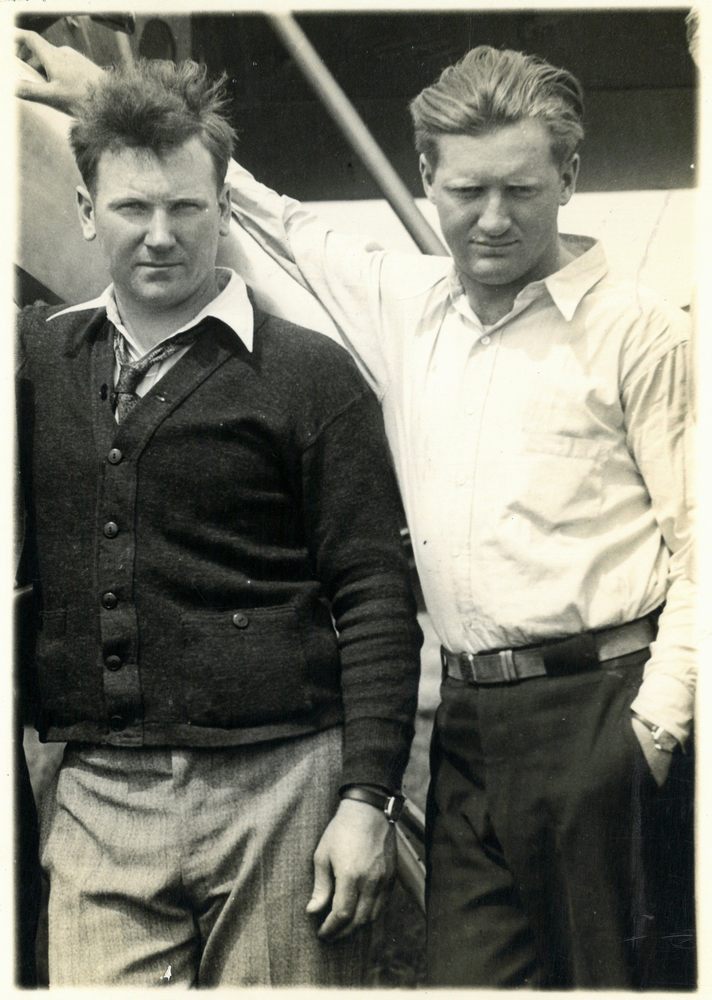 Taking off from Sky Harbour Airport, USA, on 11 June, the City of Chicago, a Stinson-Detroiter aircraft, landed on 4 July 1930 at the same location, eventually forced to land because of technical issues. 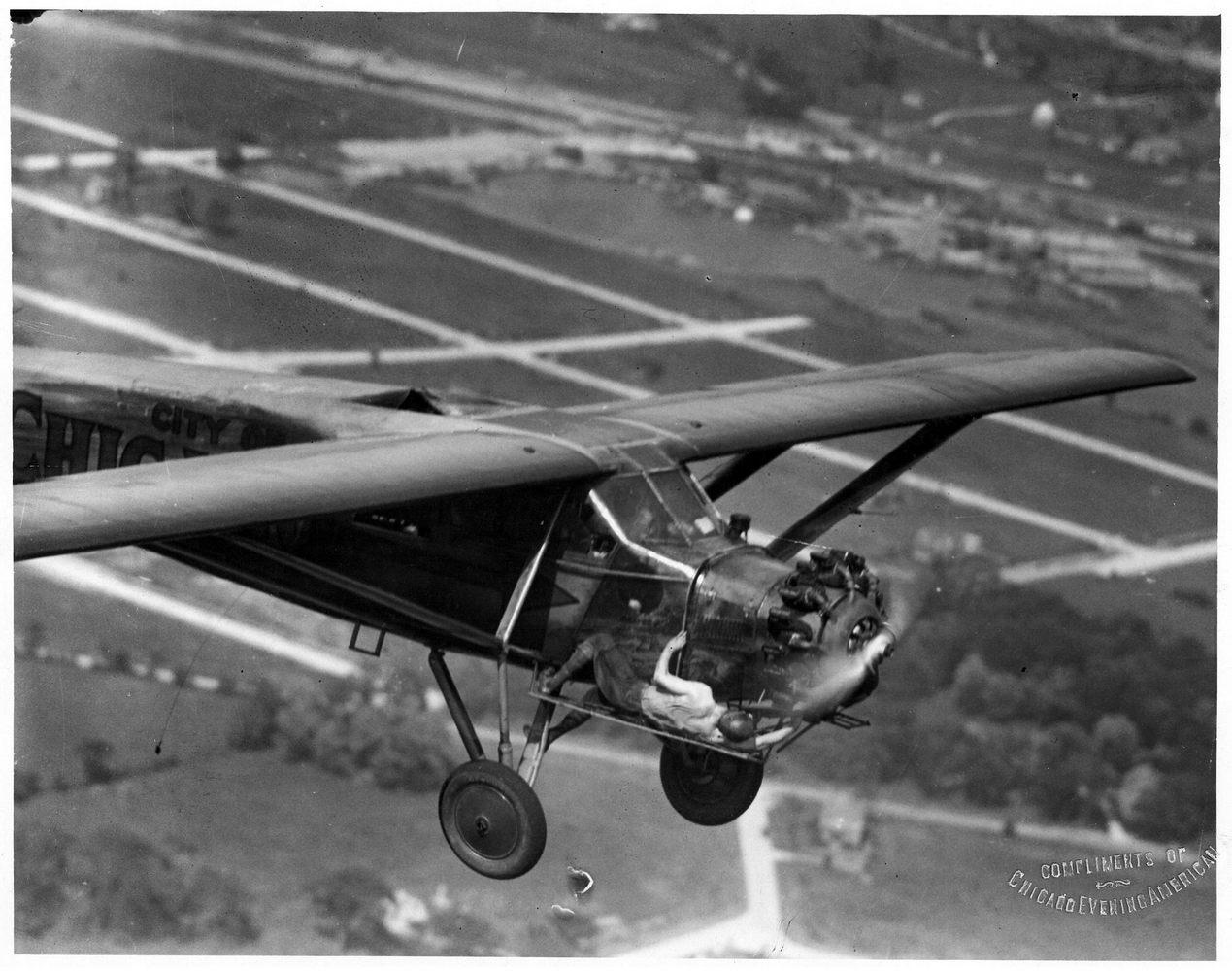 The Stinson-Detroiter during an in-flight technical check

The flight itself was anything but smooth. Many repairs had to be undertaken, from the oiling of engine parts to the replacement of aircraft pieces. Foreseeing the difficulties that might arise inflight, the brothers had attached an external catwalk on both sides of the plane. This special equipment allowed Kenneth, the youngest brother, to get out of the cabin and access – at great personal risk – both the engine or the tail, in order to perform checks and repairs. 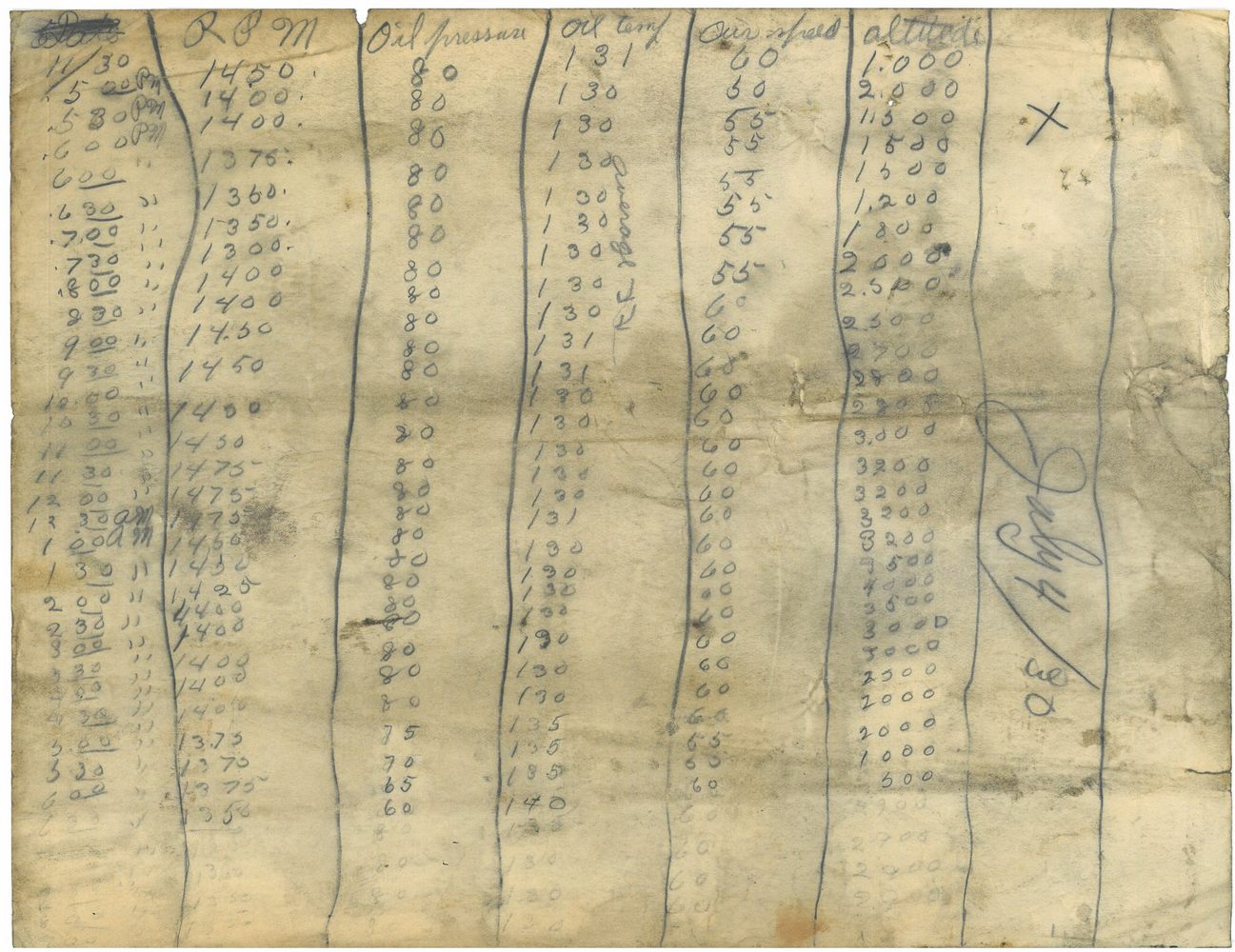 Time, engine revolutions, oil pressure, oil temperature, speed and altitude log written down by the pilots on 4 July 1930, the last day of the flight

A considerable crowd was present to welcome the courageous pilots back to the ground, while media from all over the country reported the achievement. The flight and all the proceedings were checked by the National Aeronautic Association of the USA, allowing the record to be subsequently ratified by FAI. 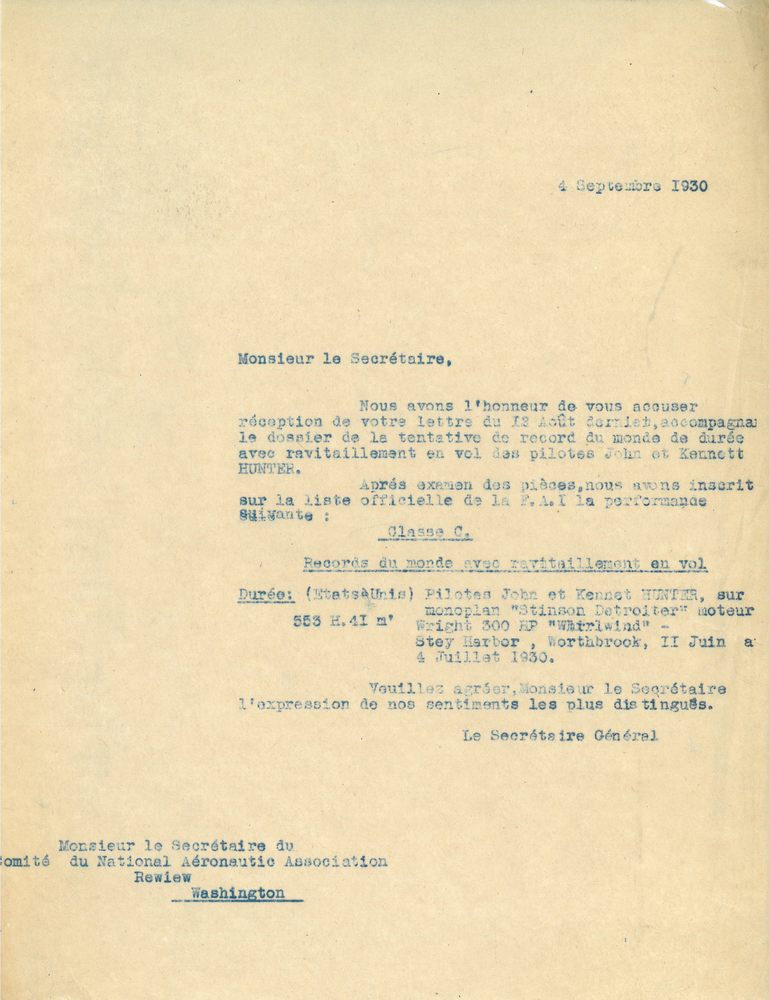