Former International Space Station commander Colonel Terry Virts and British pilot Captain Hamish Harding took off from the NASA Kennedy Space Center in Florida this morning on what they hope will be an historic, world record-breaking flight around the world.

Named One More Orbit, the aim of their mission is to beat the current FAI World Record for speed by any aircraft while circling the world via both Poles.

However, while Magellan’s voyage took three years, the One More Orbit team – which also includes Russian cosmonaut Gennady Padalka, who holds the FAI World Record for spending the most time in space – hopes to make it back to the Kennedy Space Center on 11 July, having averaged a ground speed of 836km/h.

If they manage this speed, they will break the current record held by Switzerland’s Aziz Ojjeh. It was set in 2008 and is for an average ground speed of 822.8km/h.

Speed in the air is not the only concern if the team are to hit their target time of 49 hours and 36 minutes, though. They will also have to do everything they can to save precious seconds during high speed refuelling stops in Kazakhstan, Mauritius and Chile. 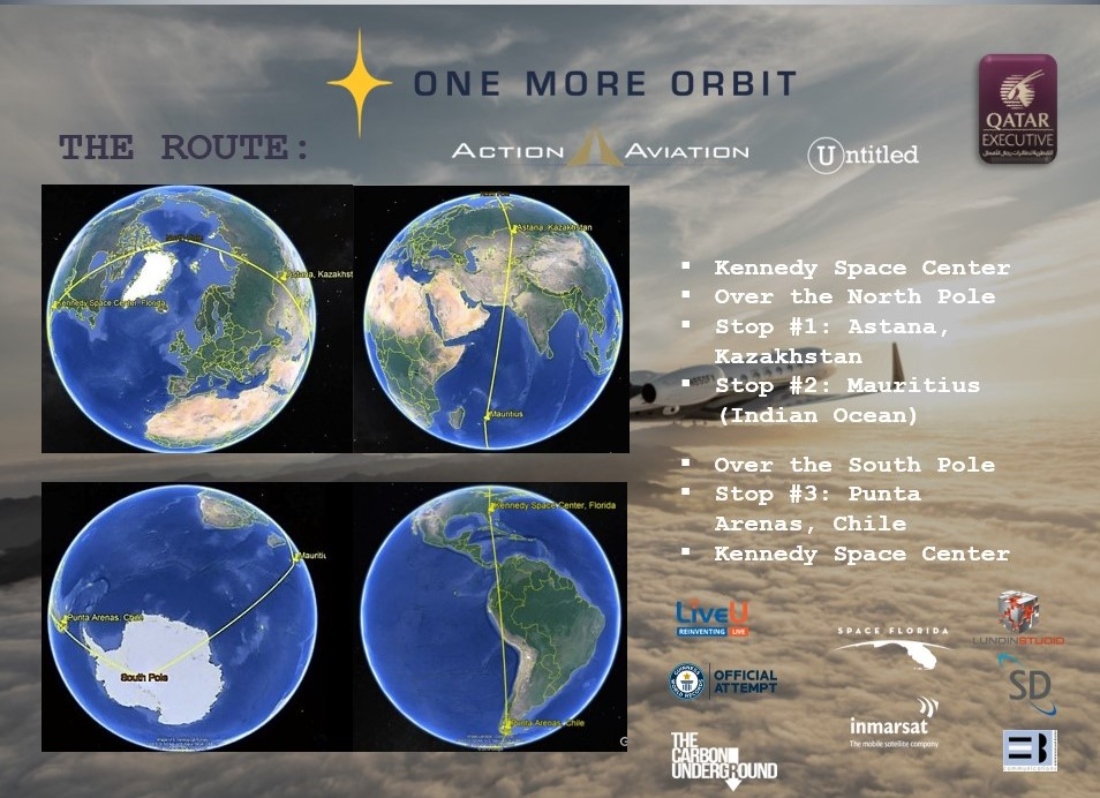 An FAI Official Observer appointed by the National Aeronautic Association of the USA and Guinness World Records representatives are in Florida to verify the record attempt.

The One More Orbit aircraft

The fastest ultra-long-range business jet in the world, the Gulfstream G650ER is capable of reaching Mach 0.925 and sustaining a comfortable Mach 0.90.

The Qatar Executive G650ER aircraft can easily fly non-stop from the Middle East to North America, or from destinations in Asia to Africa, making it perfectly suited to the One More Orbit mission.

Meet the One More Orbit crew 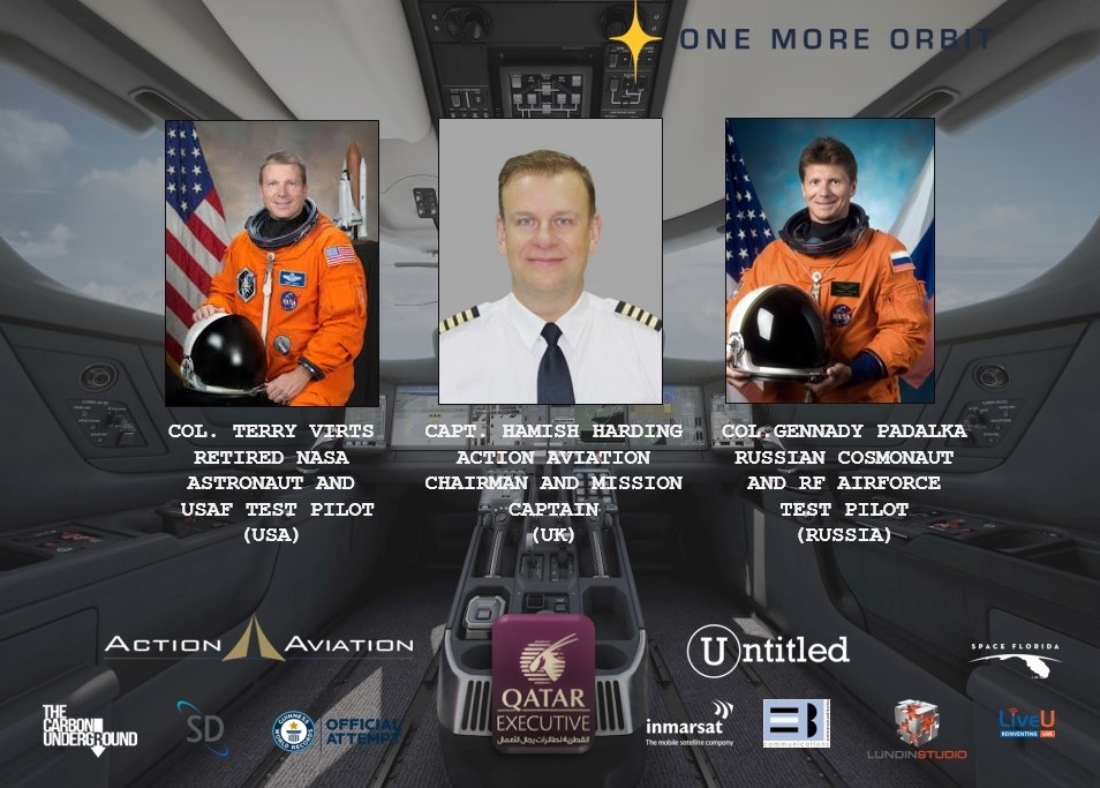 The full team is made up of: