The second event in the 2019 Para-Ski World Cup Series (2nd Category Event) took place in Italy, Tonale the 2, 3  & 4 February.  Thanks to the excellent work of Elisabetta Caracciolo I have received the following reports and photographs from the event.  For more coverage of all the Para-Ski competitions do visit the web site :  http://www.paraski.org/

THE ATHLETES WILL BE IN TONALE ON FEBRUARY 3-4 For the first time Italy and this vast and spectacular skiing scenery enter to make part of the World Cup Series of ParaSki;   some years ago our Country had belonged to the European tour, also entertaining a World event in 2007 but it had not been included in the calendar of the World Cup, yet.

In 2018 this dream will come true thanks to the appointment and the wish of a promoting Committee of the National team of ParaSki that it sees to its inside also the Aeroclub Italy, FAI – Federazione Aeronautica Internazionale - and the Alpine Parachutists. The competition will also be valid – as one event – for the Italian Championship of parachuting in the discipline of the Para-Ski, individual and teams classifications and this fact will increase the share of our national athletes. To entertain the event of beginning February, second stage of the World Cup, Tonale with an ample involvement of Adamello Ski and of all the local strengths that have welcomed with favor the idea to organize the reentry of this discipline in Italy.   About ten Nations are waiting to the event and the first registration it has arrived really in these days from Switzerland.  Italy will obviously make part of the national teams but the composition of the team it is still in phase of study:  of sure they will make part of it Marco Valente e Alessandro Di Prisco but for the other two elements they are still deciding.

The program of competition foresees the arrival of the participants in Tonale Wednesday 31 January, the first tests on the ski slopes Thursday, with some ski training and the beginning of the challenges Friday 2 February with the two rounds of the giant slalom prepared on the ski slope '5 Dossi' from the instructor of the Pontedilegno Ski School to which will follow in the same day the first skiing of the teams.  Saturday and Sunday still launch from the helicopter with landing in the zone of arrival of the ski slopes of Tonale with great show for all those present that will pass a big part of their day with their noses pointed over the sky. 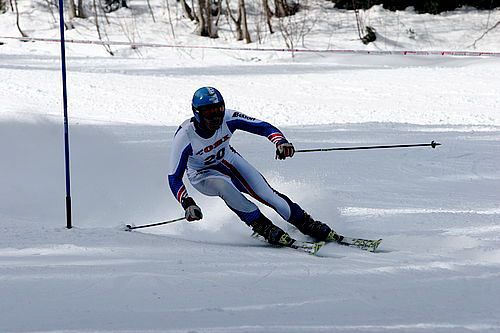 Less then one week to the start of the Italian stage of World Tour Series ParaSki 2018.

Tonale is preparing everything for the athletes coming from all Europe and not only Italy will be present with 2 teams and they are ready to engaged Germany, Austria, Switzerland, Czech Republic, France, Netherland but the entries will rest open just to Thursday 1st February so it'll will be possible  to engaged just to the last moment.   The Italian stage has more importance now, after the Austrian event because, for the meteo conditions the athlets did the only ski event without skydiving.  So the event was not homologated, that means not valid for the World Cup.

The three-days event will start Thursday with registration in Tonale Area and in the afternoon, from 1 p.m. to 4 p.m. training jumps (possible at € 35,00 each) ; again registration from 6 p.m. to 9.30 p.m. at Carosello Office and at the end of the day, to 9,30 p.m.  Team leader meeting, Passo Tonale. Friday, 3 February, 8:30 -  Alpe Alta chair lift open in Passo Tonale; 8:45 Ispection open on Cinque Dossi slope; 9:00 Start Ski first run followed from Start Ski second run. In the afternoon start first round Accuracy Landing by side of the historic First War Monument, Passo Tonale.Saturday, 3 February 8:30 Competition continues ; Sunday 4 February 8:30 Competition continues. At the end of competition or after last round,  Prize Giving. 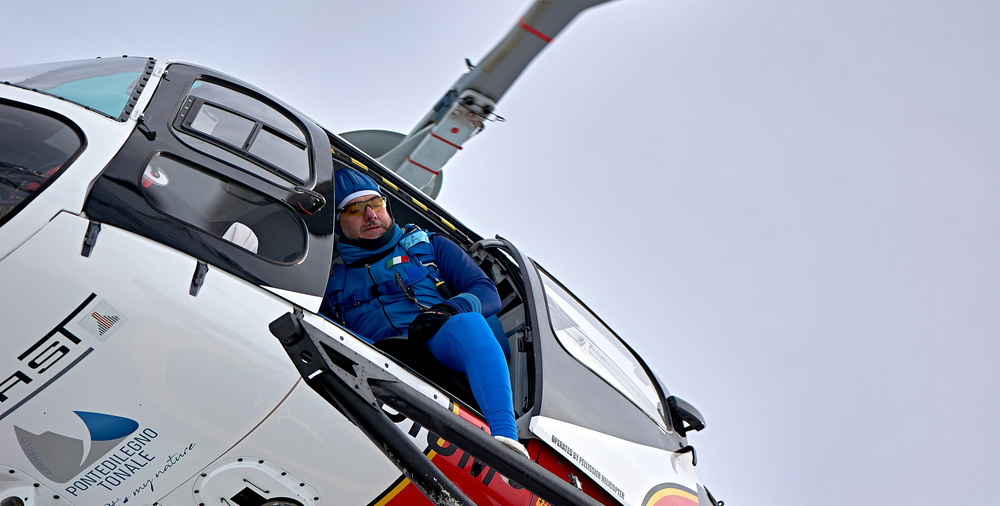 Tonale Pass – Today was a real triumph for the athlete from Torino, Marco Valente who has won the individual ranking of the italian stage of the World Cup Series ParaSki 2018, at the Tonale Pass. The athlete, already silver medal Master in World Championship 2017 and European champion 2010, has disputed a last perfect round beating his principal adversary, Sebastian Graser: at the end of the competition with only one round still to dispute the two athletes were both with 21 points after the result of the two round of giant slalom, raced yesterday on the slopes Cinque Dossi of the Tonale Pass, and the five jumps with the parachute, three Friday and two Saturday.  Capable to maintain concentration and cold blood Valente has perfectly touched earth on the center point of the circle making to play the music about.  In that moment was still missing,  however.  the last jump of Graser, last to jump with his team, but the Austrian has not been as good as the Italian and Marco Valente has conquered an important victory for this season 2018 of the World Cup. In the team standing  Italy - that besides Valente it lined up Alessandro Di Prisco, Massimo Agnellini and Fabio Filippini – come back at home with a third place that it's not enough for them after the second in the overall of the first day of competitions.

The Austrian team 'HSV Red Bull 1' has won,  dominating the two days, thanks to of the athletes - Manuel Sulzbacher, Sebastian Graser, Magdalena Schwertl and Anton Gruber - young and determined people, unbeatable in the ski and very strong also with the parachute.

Germany, composed by Steffen Leichsenring, Reinhold Haibel, Nick Grimm and Jurgen Barth, has taken advantage of one mistake of Italian team in the first jump of today to overtake the blue team, taking the second place, and Italy is not, then, arrived to recover. The third place of the podium,  however it is above all a good result because the next competition, that will dispute in Czech Republic will be the last of the season and it will decide the three best teams of the year for the World Cup 2018.

Today the day doesn't start so good considering that the announced sun has waited until 11 o'clock  to appear and up to that time the athletes have been closed in a bar waiting that the conditions of the wind and the sky improved.  When the OK has arrived the eight teams have immediately moved towards the helicopter and the jumps have followed in the sky of the Tonal Pass.  Therefore Italy conquers the victory in the Individual ranking with Valente but also in the classification Master, over 50, Austria 1 win the team while the best of the Juniors is Sebastian Graser.  As well as the best women is Magdalena Schwertl, also of the team Austria 1.

My thanks to Elisabetta Caracciolo and apologies for the delay in posting this article, due to giving priority to the report from the IPC Plenary Meeting in Sofia.  Congratulations to all who competed and very good wishes for all and the next round of the Series in Slovakia 16-18 February 2018.