Rafael Saladini: 6 years of exploring, 11 hours of flight, 530 km to a declared goal

FAI has received both Paragliding World and South-American records claims: on October 15, 2020  Rafael Monteiro Saladini  (Brazill) flew 530 km of straight distance to a declared goal.  Here is some brief report for Rafael about his life and achievements.

- How long have you been doing free flight sport?

- What made you begin?

I was 14. My father brought me to his first lesson of a hang glider course. He never came back, but I had the chance to play a bit, and 3 years later I was flying paragliders.

- Who were the people that inspired you in your life and sport?

My first inspiration was my cousin Rodrigo Monteiro, a former World Cup pilot who taught me to think outside the box.

Marcelo Prieto, with his 5 paragliding world records, was my cross country master, who inspired me to believe in my dreams, in my potential, and above all, to have discipline and commitment to the cause.

Frank Brown, twice vice world champion and 12 x Brazilian champion, who taught me how to compete at a high level and be consistent.

- What are your achievements titles before breaking a record? 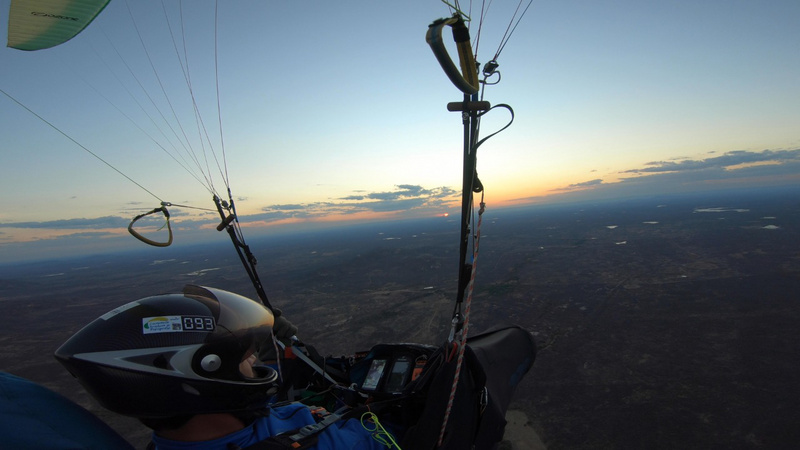 - Why did you decide to break that very record in that very place?

My team has been exploring Brazilian sertão (FAI: from Eng. "backcountry", sub-region of the Northeast Region of Brazil) since 1996. I joined them in 2006. We try to break world records almost every year. And in our point of view, Tacima is one of the best places in the world to fly perfect waves and break world records.

The current ratified record is 505,6 km on October 09, 2019, by Michael Küffer (Switzerland). But there is a claim under review from UK pilots Guy Anderson and Harry Bloxham, who flew 510,8km in 2019, from Assú, also in Brazilian sertão. What flying conditions make your record different from the previous ones?

Probably the conditions were quite the same. Brazilian sertão always delivers.

- How long did preparation take?

I've been flying in Tacima since 2014. I guess that’s the right answer. Since 2014 we've been studying and exploring Tacima and its potential.

- Who helped you most to get prepared? And those who supported you on the way (friends, NAC, trainer, local pilots etc)

My team members of 2020, Marcelo Prieto, Caio Buzzarello and Marcella Uchoa, and our incredible retrievers, Fernando Zoio, Paulo Bullara and Galego. Davi de Sá from Natal helped us with forecasts. 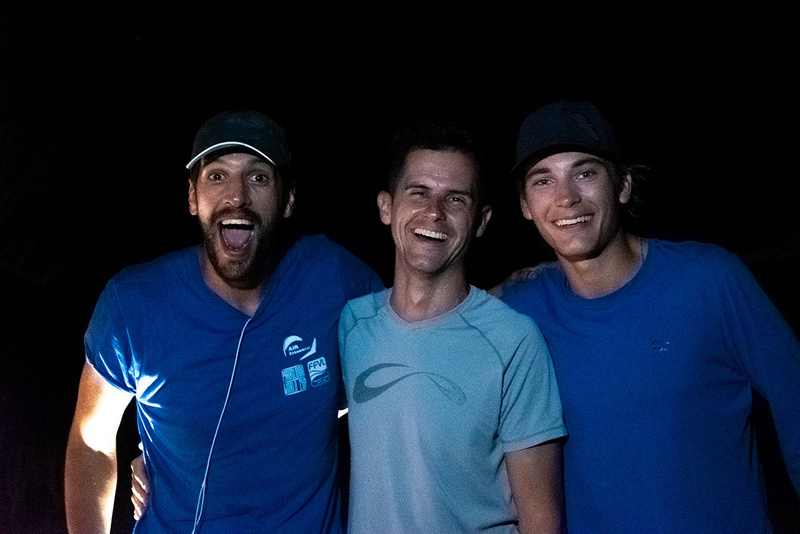 - What was the most tricky thing in breaking this record?

Flying alone for more than 11h. It demands full attention and focus all the time.

- Tell us how it was to break the record. What was the most difficult? Decisive? Unexpected?

I've been breaking records together with my team since 2007, and to fly more than 11h alone was the most difficult part. We have been trying to get to this declared goal already 20 days. I took off at 6.40. The beginning of the day was not so promising. I took off with a chase cam mount attached to my glider only to make some shots, but throughout the day, I had to grab it, cut the line and keep the camera inside my harness. I was getting as low as 250m AGL and was searching for a safe place to land. But life sometimes delivers unexpected surprises. A strong thermal just took me straight to cloudbase, and after that, my mindset changed completely. I decided to fly to the declared goal. 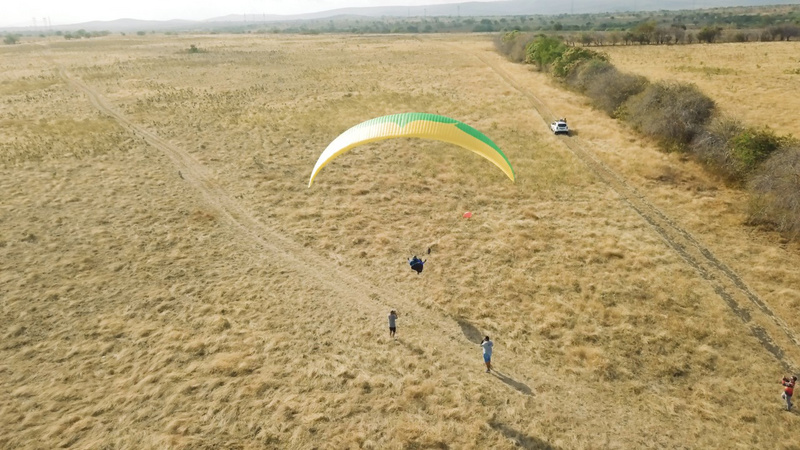 - Any advice to pilots, interesting notice, some share of experience that you gained while breaking this record?

Flying big distances should be a mandatory experience in every pilot’s career. That magical encounter, between you and the sun, throughout the sunset, after 11h in the air using only his energy, is a mystical experience. That’s our opportunity to say thank you!!! 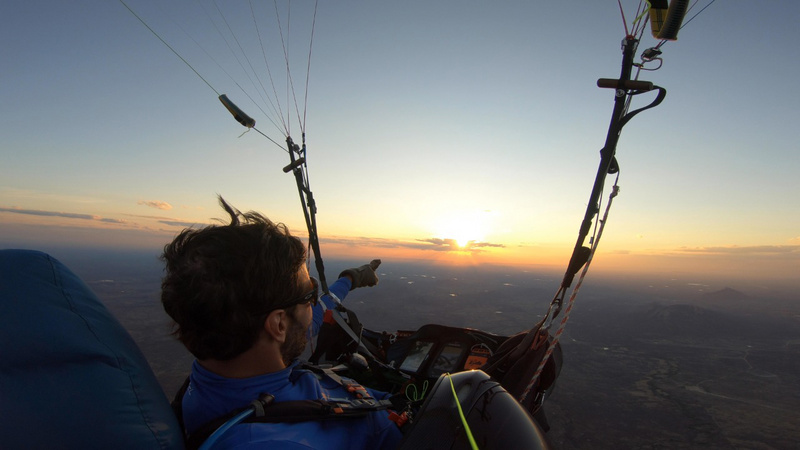