Matthias Dolderer is the Red Bull Air Race World Champion 2016. Now 46 he’s been flying solo since he was 14. We asked him about what it’s taken to get here…

Matthias, congratulations on your win. A lot of people reading this will have an aviation background of some sort, so what are the flying skills you need to be a Red Bull Air Race pilot?

Most of us in the Red Bull Air Race come from a very experienced aerobatics background, and of course Unlimited Aerobatics helps a lot to control the aircraft within millimetres and within split seconds.

How do the skills you need for the Red Bull Air Race differ from pure competition aerobatics?

In the Red Bull Air Race we go low, we go a lot faster than in aerobatics, and we go between air gates. And there are certain rules you have to adhere to, it’s about time and not about points.

How do you learn those skills?

The first thing is you go to a qualification camp where they teach you how to fly through one air gate, then two, then three, four, five. Then at the end of the week or two you do the whole race track.

You go slowly into it, and if you are good at it you get the chance to fly in the Challenger Class. There you have the chance to learn over the year without any pressure other than flying. That way pilots get to the Master Class in the Red Bull Air Race with a lot of experience

Your background is sport aviation, correct?

Can you describe your early days in flying?

When I was five-years-old my parents opened an airfield, so I was always around aviation. When I was 14 I did my first solo in a glider. When I was 17 I got my glider licence and ultralight licence. I flew ultralights and microlight championships for four years for the German national team, between 17 and 21-years old.

Then I was the youngest flight instructor in Germany for ultralights. Then I did my commercial instruments, a lot of aerobatics of course, flight instructing. A couple of years ago I made my helicopter licence. I also flew a lot of business jets for maybe 12-15 years, and I flew a lot of warbirds, F4, B25, B28. I have flown about 140 different types of aircraft.

Of that 140 is there one standout aircraft where you think, ‘I’d love to fly that again?’

Every aircraft has its pros and cons, but what stands out is the F4U Corsair [an American WWII fighter], the Zivko Edge 540 as a race plane [his Red Bull Air Race plane], and the Cessna Citation [business jet] which I really like to fly. And the B25 is very special. But I would say the one you are sitting in right now is the one.

What about the ultralights, do you still fly those?

A little bit, but not too much anymore.

Do you still get the same buzz?

No it’s different. I stopped my career when I was 21, because I couldn’t modify the plane I was flying any more. So I was going over the limits all the time, which I knew wouldn’t work for long. So I knew I had to stop, otherwise I’d kill myself.

It took a while to get clever because when you are young you just do it, you don’t think about what could happen, so I had a little bit of luck. Everyone who spends a long time in aviation needs a little bit of luck to survive, and I hope this luck stays with me.

How do the skills from all the other planes you have flow over your 30 years in the air inform what you do now in the Red Bull Air Race?

I think the basic foundation for all my flying was flying gliders – it gives you a really good feeling. From there on I always knew how to approach the airplane and what to do with it, how to explore the capability of the airplane. Aerobatics and competition flying help a lot.

What is really new now is the telemetry [data collection] system we have on this plane. Before I flew with the telemetry system I didn’t realise there are a thousand ways you can fly a turn. To know how fast you can react, how long it takes to go from brain to your hand to the rudder, to analyse this is a lot of work.

We have been working on this for three years now and we have found out a lot about how to handle the aircraft different. The main part is to set up the aircraft so it fits you, custom fit.

What did you discover from all the telemetry, all the data?

The task is to lose as little energy as possible and to go as quick as possible. [Smiles a top-secret smile].

You think you have the perfect set up with your plane now?

Looking back, is there any advice you would give your 14-year-old self as you prepared to fly solo for the first time?

Just do it. Have fun and enjoy. Once you go alone it’s all about yourself. Forget everything, no pressure, but be sure to prepare well because good preparation is half the success.

And finally, what advice would you give someone who wants to get into aviation?

Join a flying club, a flight school, the military, there are several ways to start flying. The coolest thing of course is to start early because then you have time to develop. It’s also a good development process for young people – when you fly solo aged 14 it’s a lot of responsibility.

If you want to fly Red Bull Air Race some day then fly as much as you can, be on the airfield all the time and be around the scene and pilots. That helps you get into planes and collect hours.

It doesn’t matter what it is in life, if you really want it you can achieve it. The main thing is never give up, put all your energy into it and believe in yourself. It will work. 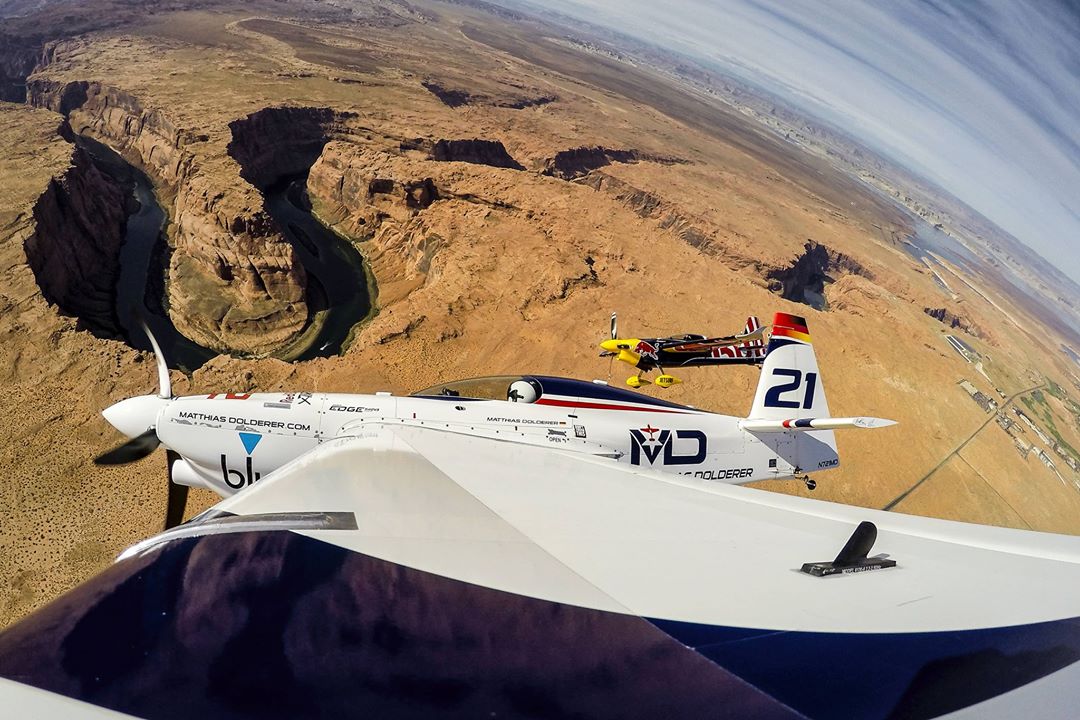