Russians conquer at the 2018 MAI Cup

Russian aeromodelling pilots took top spots at the 2018 MAI Cup held in the Moscow Olympic Centre in Khimki on 7-9 September 2018. The competition was part of the F2D Combat Model Aircraft World Cup series.

Well-known for their strength in aeromodelling, the Russian teams in both Senior and Junior combat classes were proud to hold their trophies aloft at the international competition, which was attended by 76 pilot teams from seven countries (Russia, Spain, Bulgaria, Latvia, Belarus, Ukraine, Uzbekistan). A total of 15 regions of Russia were represented.

The weather was windless which meant excellent conditions for the contestants. Seven rounds were held, with each of the six remaining contestants enduring one defeat. The final combats were particularly dramatic with the runners up putting up a tough fight. 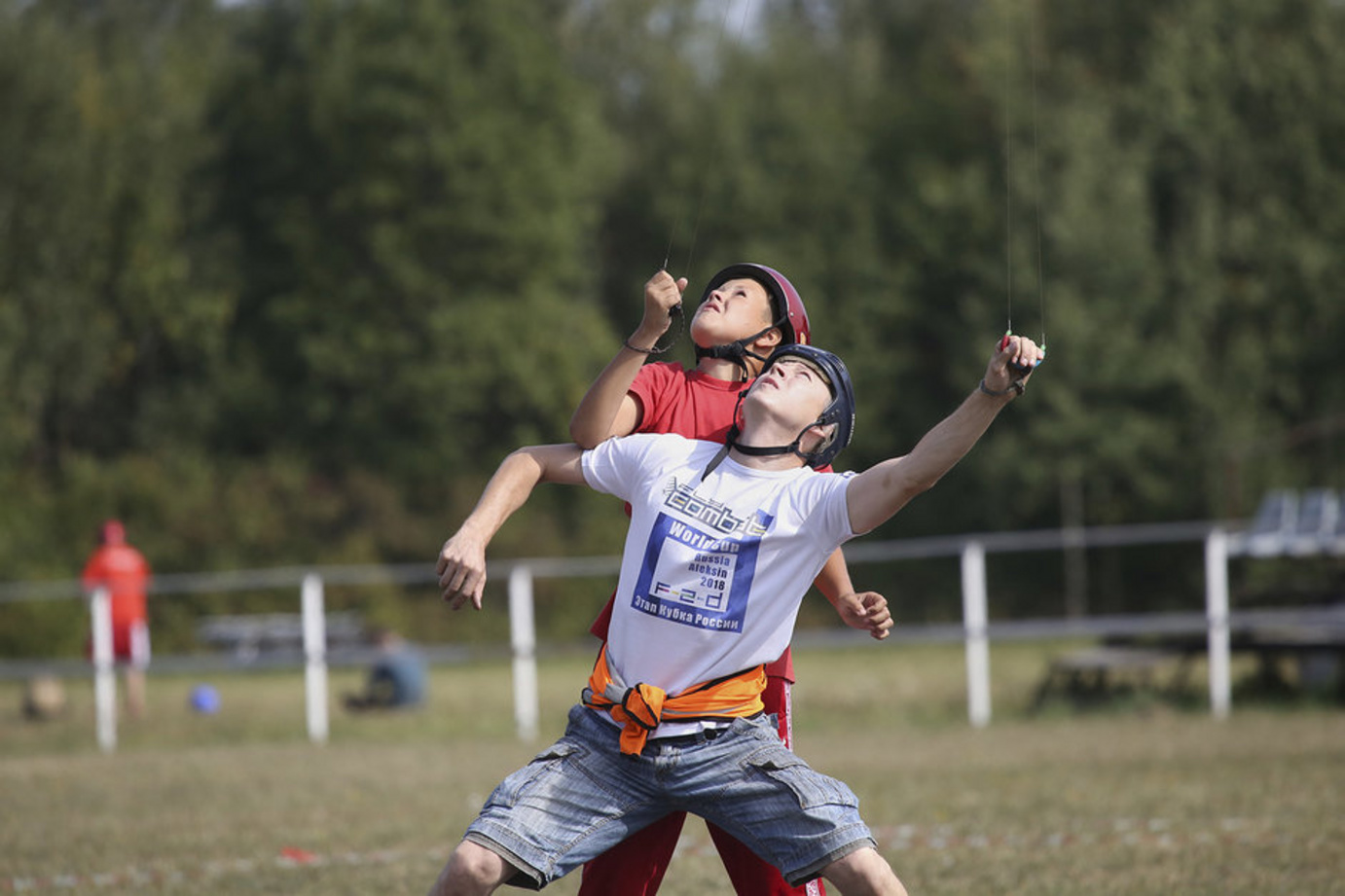 FAI President Fits Brink (pictured below; from l to r: Vladimir Ivanov, President of Honour of the Russian Air Sports Federation; Frits Brink, FAI President; Sergey Ananov, President of the Russian Air Sports Federation; Igor Trifonov, organiser of the event) attended the competition as part of a visit to Russia, remarking on the number of younger participants (22 pilots were 19 years old and less).

“It was fantastic to visit this well-organised event and to see how popular aeromodelling is in Russia. The skills of the teams participating was really impressive.” 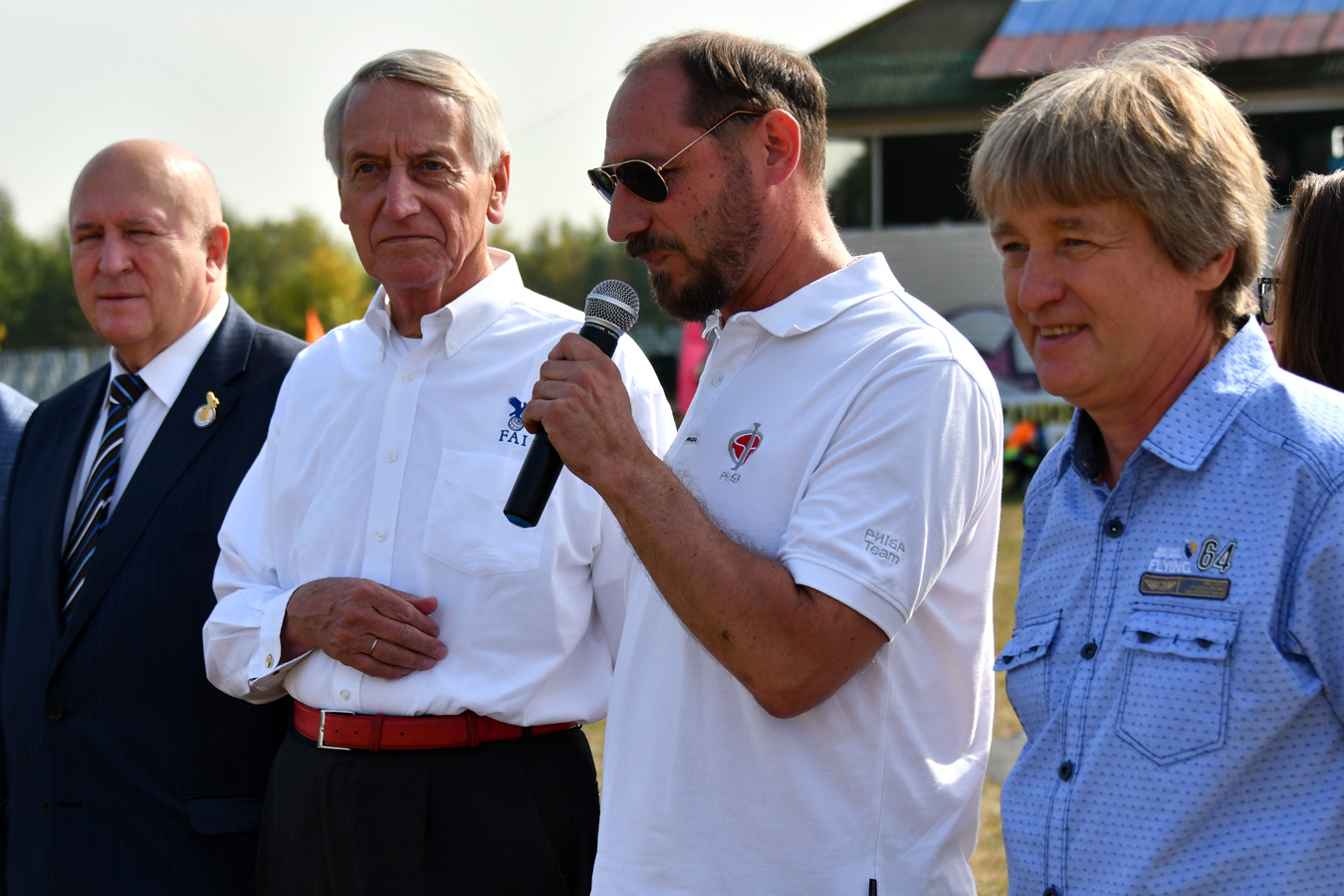 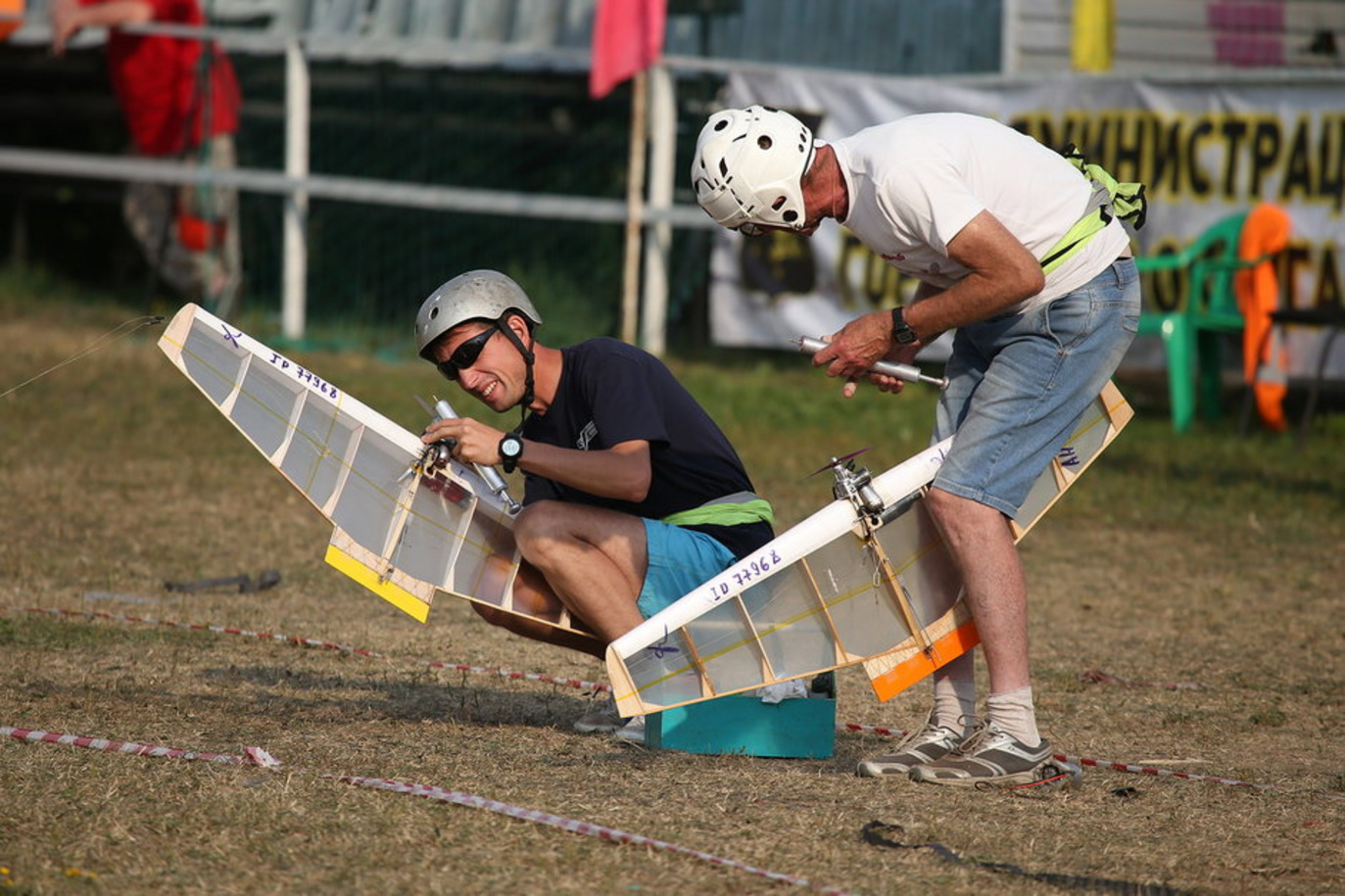