As the 200-day mark to the FAI World Air Games Dubai 2015 approaches, everyone, from the Event Organisers to the Executive Board, the FAI Head Office, the Air Sports Commissions and experts, is in full action to make the event a huge success. A series of meetings took place recently which brought together key personalities from the FAI community and the Event Organising Committee. 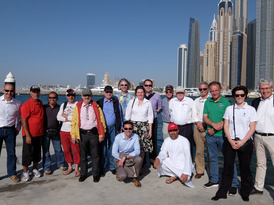 A productive two-day meeting was attended last week in Dubai by the competition directors of each of the 26 disciplines included in the programme of the Games. They were joined by FAI Sports & Marketing Director Markus Haggeney and FAI World Air Games Coordinator Eric Bertin who presented the FAI World Air Games concept and gave all the details necessary to the smooth preparation of the competitions.

A visit to the Skydive 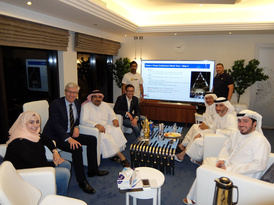 Dubai Palm Dropzone was organised to allow the competition directors to see for themselves the main venue for the Games, while a boat tour brought them in view of the other fields of play.

They also got to know the local experts for each of the air sports during an amicable meeting lead by His Excellency Yousif Al Hammadi, Director of the FAI World Air Games Dubai, and Mohammed Yousuf Abdul Rahman, Vice Director of the Games. In-depth visits of the venues, facilities and infrastructures were made later in the day by the competition directors and their Dubai counterparts to fully understand the challenges and particularities of each of the locations where the athletes will compete.

Another useful meeting was held in Dubai at the same time between FAI Members Manager Ségolène Rouillon, Dr. René Maire from the FAI Medico-Physiological Commission and the agency that will organise the 1st UAE International Symposium on Air Sports Medicine in Dubai from 3 to 5 December 2015, concurrently with the Games.

Meanwhile in Sochi, at the Sport Accord Convention, President Dr. John Grubbström, Executive Director Frits Brink and Secretary General Susanne Schödel met Dubai Sports Council Secretary General His Excellency Saeed Mohammad Harib (below). Sharing their enthusiasm for the Games, they rejoiced at the wonderful opportunity the event provides for the promotion of air sports and the city of Dubai. 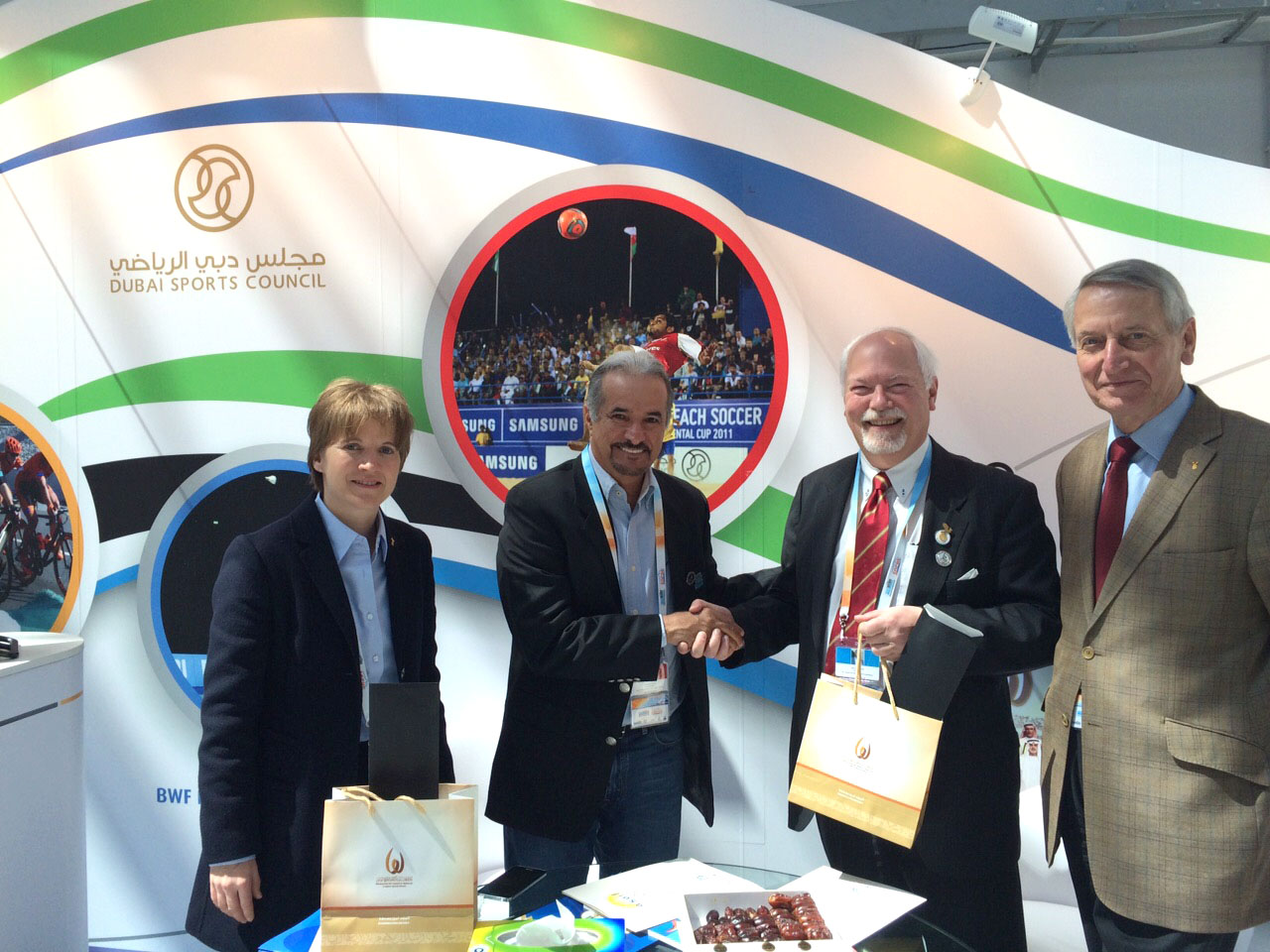 The FAI World Air Games 2015 has been awarded to the United Arab Emirates and will be held in Dubai. This multi-discipline event will be organised by the Emirates Aerosports Federation under the patronage of the Crown Prince of Dubai, His Highness Sheikh Hamdan bin Mohammed bin Rashid Al Maktoum and will take place from 1 to 12 December 2015.

A Memorandum of Agreement was signed on 4 June 2014 by Dr. John Grubbström, FAI President, and His Excellency Nasser Al Neyadi, President of the Emirates Aerosports Federation.