Showcasing the new world of drones

From racing drones to helping to map the world, the real-time world of drones was on display all weekend at the EPFL Drone Days in Lausanne.

Workshops, demos and a Drone Innovators Session also made it easy to find out more about drones and their impact, while the FAI Expo (part of the 2018 FAI International Drones Conference and Expo) saw hundreds of visitors learning from drone businesses, clubs and exhibitors throughout the weekend. 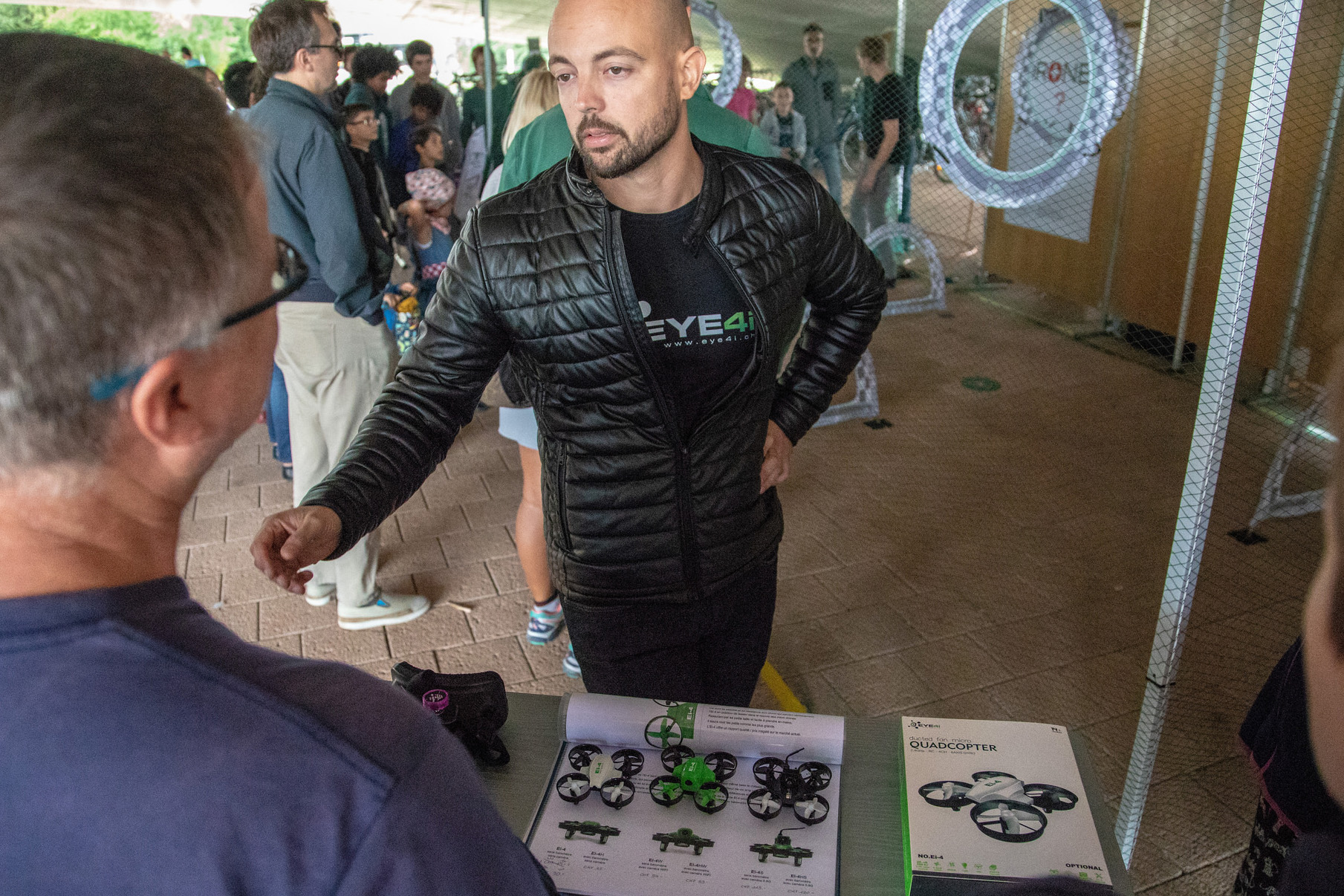 Typical of the innovative new businesses at the Robotics Showcase was Flyability, a start-up company formed by three friends just three years ago. Now an established company leading the way in inspection drones, their uniquely-shaped drones are surrounded by a protective cage of carbon-fibre and can bounce off walls without harm.

This makes them especially suited for inspecting hard-to-reach or dangerous areas. “The drone is shockproof, stabilised and light,” explained EPFL student Julien Perroud. “They are already being used for bridge inspection, factory inspection and even search and rescue – flying into crevasses to look for lost climbers or skiers.” 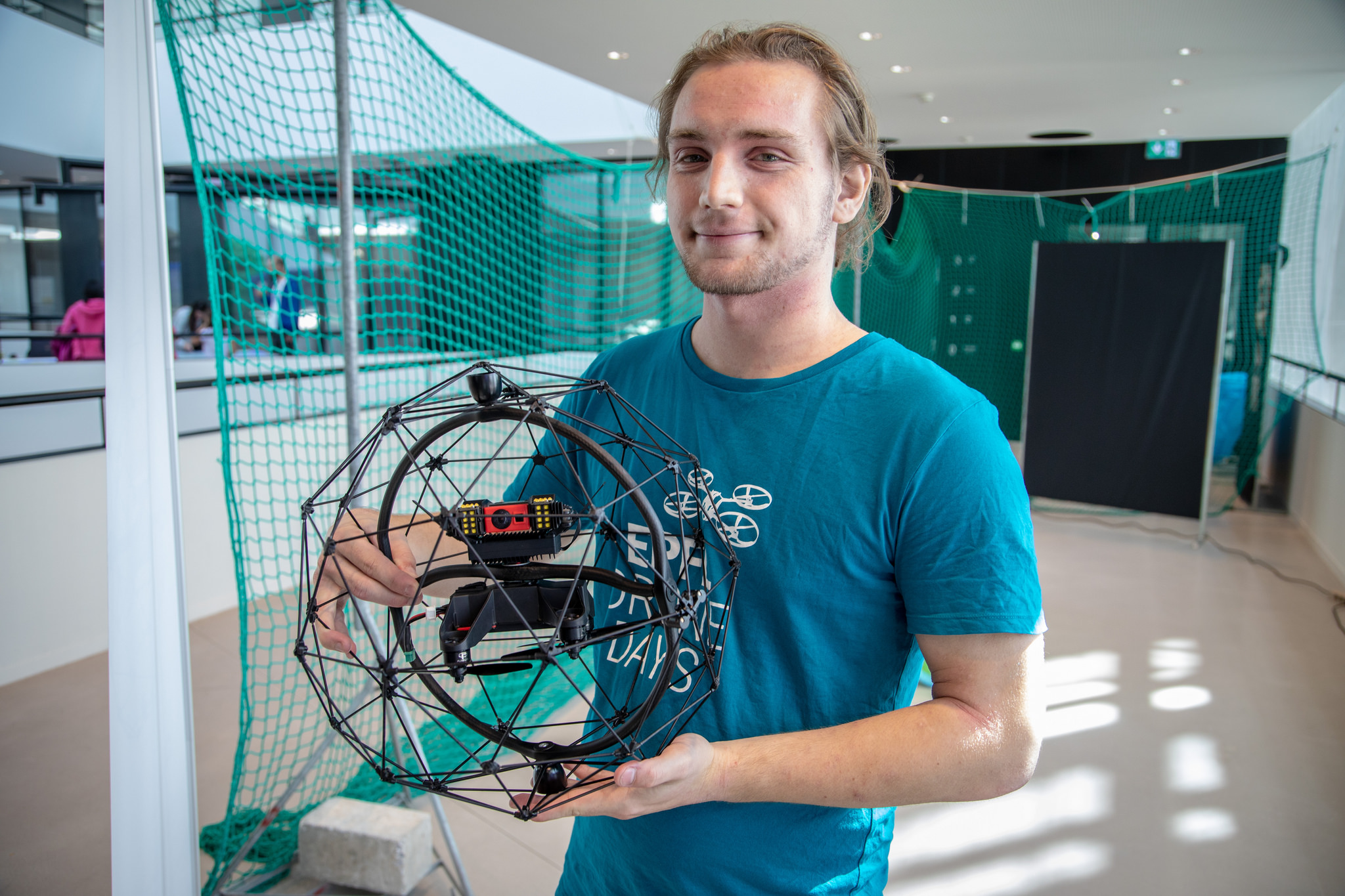 Kate Schüler, 26, from Canada was also showcasing a real-world application. With a Masters in environmental engineering she is an intern at SenseFly, a company that uses wing-shaped Parrot drones for agricultural mapping.

“We have projects in Kenya, Tanzania, Brazil and many other places,” she explained. “We help farmers or surveyors map their land so they can use it more productively. It’s a lot cheaper than using a plane.”

Closer to home, Fabian Jobin meanwhile has been using drones for an innovative project that has caught the imagination of the whole of Switzerland.

“In May and June we use drones to survey farmers’ fields and find newborn fawns that are hidden in the long grass,” he explained.

“Working together with farmers, hunters and ecologists we find the fawn and put a temporary protective cage around it so the farmer can mow the field. Without our help the newborn fawns would be in danger of being killed.”

The drone uses infra-red cameras to spot the fawns, and can cover a 10-hectare field in an hour – a job that used to take a team seven hours on foot.

Not surprisingly, the project has been featured widely in the Swiss media, leading to headlines like ‘Drones Save Bambi!’ in some newspapers. “We hope to expand the project and roll it out across Switzerland,” Jobin said.

As well as unique applications, there were numerous examples of new drone technology on display. Arthur Gay, 23, and two friends, all masters students in micro-engineering, had just launched their own new drone start-up, MotionPilot.

“We have developed a new, intuitive hand controller for drones,” Gay explained. “It drastically shortens the time it takes to learn to fly a drone.”

The 2018 FAI International Drones Conference and Expo was held at EPFL in Lausanne, Switzerland from 31 August to 2 September 2018. 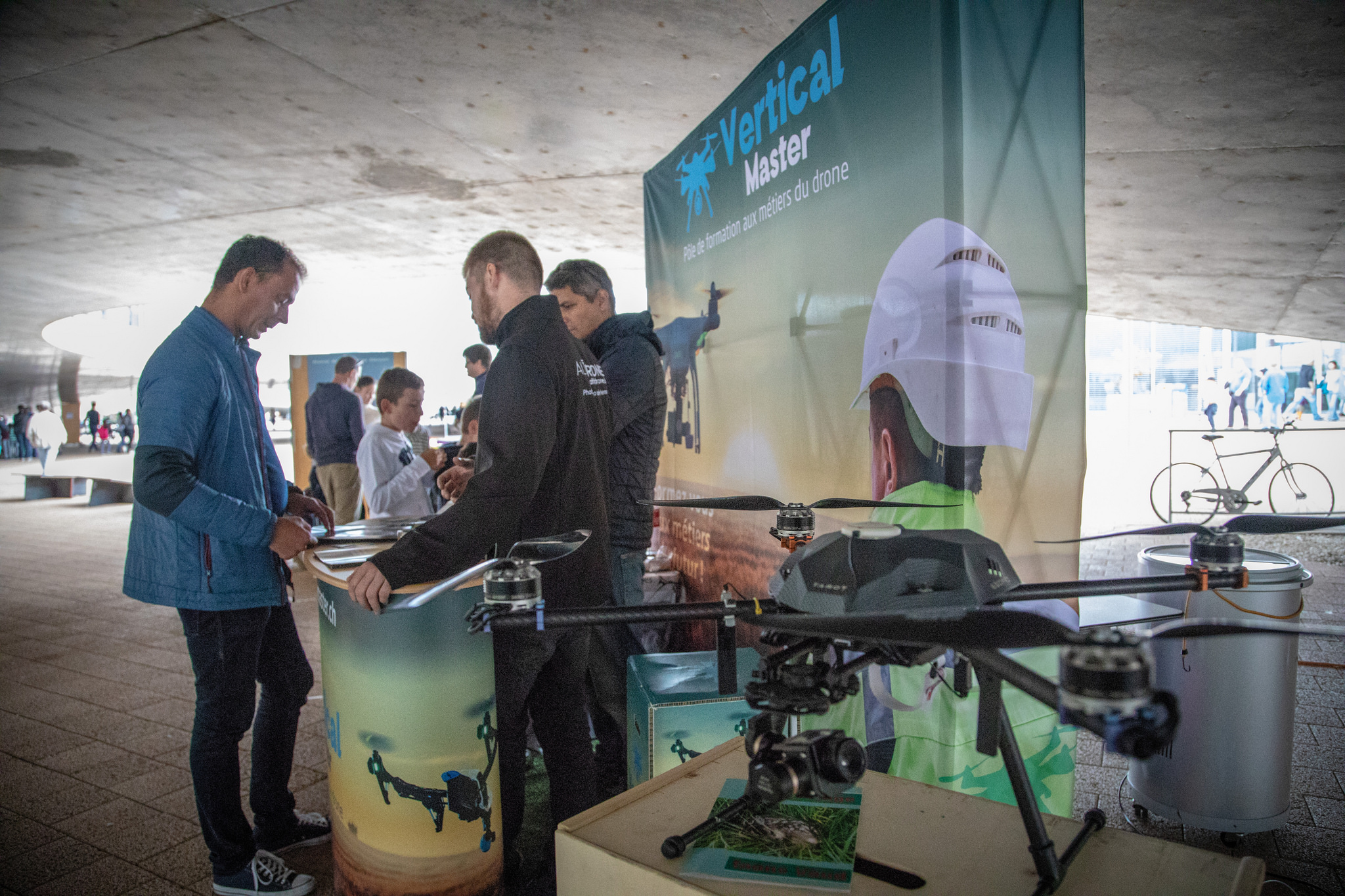