The 25-year-old IGC Champion Pilot of the Year 2021 and winner of the World Soaring Cup is a double world champion. Simon Schröder of Germany was awarded the cup for his outstanding performance at the 2021 Standard Class FAI World World Gliding Championships in Montluçon, France where he gained the most achievable points. This achievement followed his win at the FAI World Junior Championships in Szeged, Hungary, in the Standard Class. 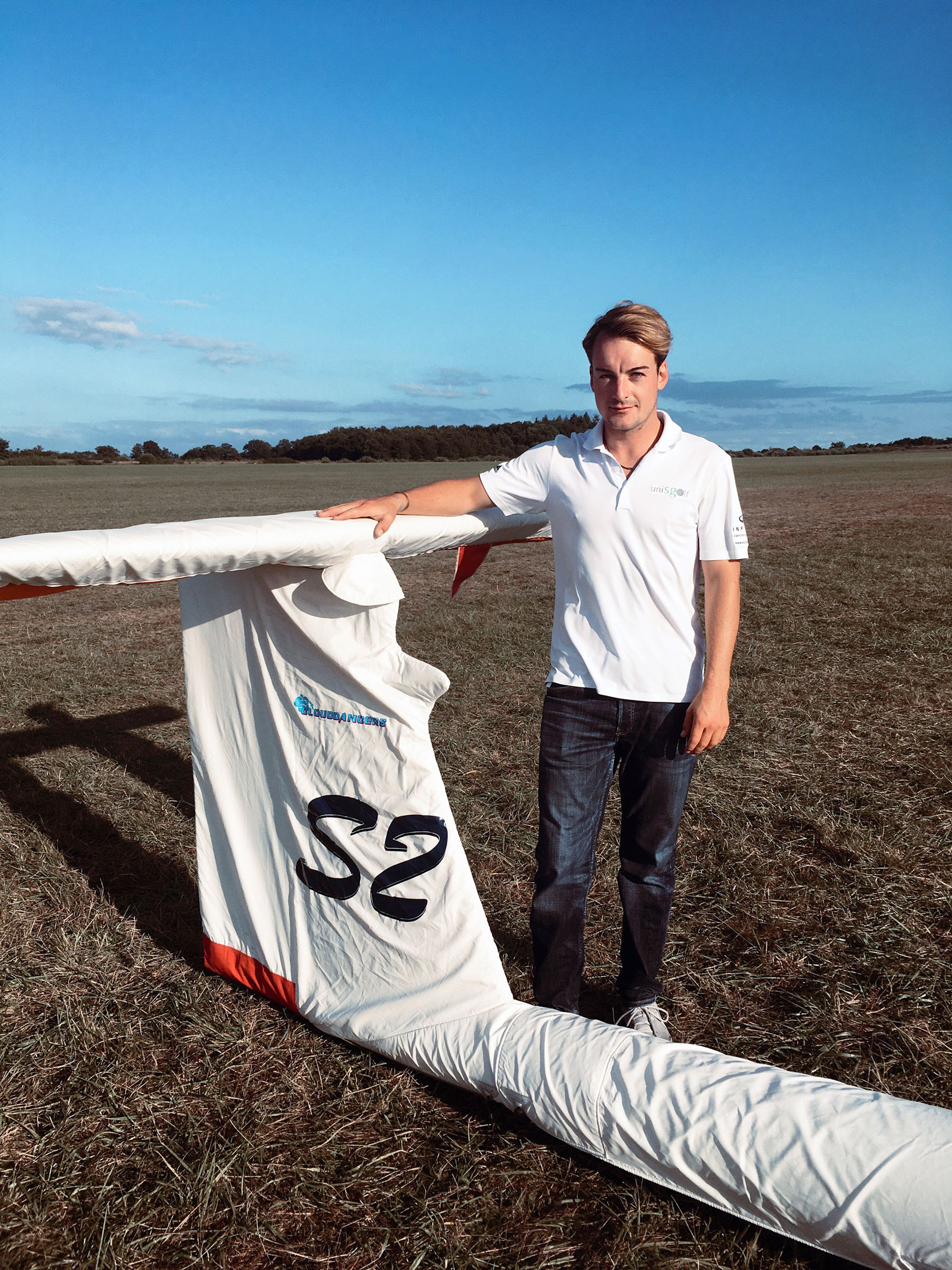 His journey to success

The double victory of this blond young man in both the juniors and seniors is the extraordinary pinnacle of his sporting career so far, but his journey to this success has been far from ordinary. In Germany pilots begin gliding at the age of 14. Schröder started much younger, taking a seat alongside his grandfather in a double-seater as a young child.

Schröder himself remarks: "I'd already had 100 flying hours when I was ten!" By the age of eleven, he was putting his name next to that of his grandfather in the online contest ranking lists. "Back then, I used every opportunity to go gliding," says the double world champion, "after school in the afternoon we organised gliding by winch towing with the family."

It is evident that Schröder has enjoyed support from within his family of glider pilots. At his home in Bad Wörishofen, in southern Germany on the edge of the Alps, everyone is gliding-minded. His mother via her father, Simon's grandfather, his sisters and of course his father, Robert Schröder, who competed in several world championships. Simon acknowledges: "My father supported me from an early age." 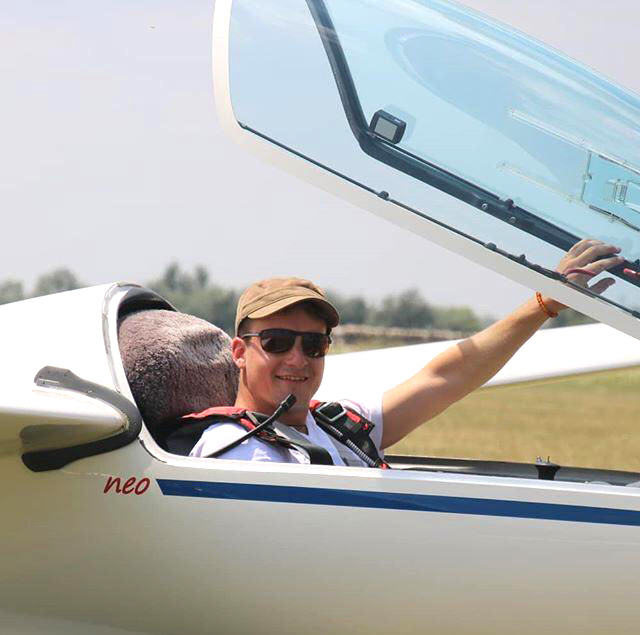 Schröder began gaining competitive experience as a co-pilot in double seaters, then, at the age of 16, he qualified for the German Gliding Championships, gaining an impressive four daily victories, meaning that, as he says, "from then on I was under observation!"

It is clear that his journey to the top of the gliding world has been mapped out from his childhood, yet it is also underpinned with a great deal of ambition, which is well-known by his comrades in the SFC Bad Wörishofen club. He is noted to have said right from the start: "I want to be world champion".

Above all, Schröder’s aim as a young pilot was to fly well: "I watched the documentary film about the FAI World Gliding Championships in New Zealand 100 times… I said: ‘I want to fly like this.’”

Today Simon recognises that competitive flying is mentally exhausting: "The fun always came afterwards. And when things didn't go as planned, I was crushed. I was often dissatisfied, even if I had actually done well. I then found mental strength again thanks to my mother, who supported me in almost all my competitions.” During the covid-restricted world championships, he was able to turn to his team captain and coach for support.

As well as flying in competitions, Simon Schröder also likes to fly free, particularly enjoying the fact that he can fly more creatively when not battling for a title. But it is sport gliding that is his true passion. Unlike his father, Simon doesn’t want to follow the footsteps of many glider pilots and become an airline pilot. He studied business administration and plans to indulge in flying for sport, long into the future.

If his career so far is anything to go by, then this dream will surely become reality.