The results of the FAI World Paramotor League Cup 2017 are in, and the country soaring to the top of the rankings this year is Thailand.

The Thai team’s total score of 103 points gave it a narrow victory over France, which finished in second place with 100 points.

Poland took third place with a total score of 86 points, built up over the four qualifying FAI events:

Of the four, the 6th FAI European Paramotor Championships in August attracted the most participants; 40 crews took part in the event.

However, the fantastic atmosphere at this year’s World Games made it the standout event for FAI Microlight and Paramotor Commission (CIMA) President Wolfgang Lintl.

“It was a big event with lots of spectators and great media coverage.” Lintl said.

In the individual competition, Thai team member Kittiphop Phrommat (top picture) also triumphed, clinching the title with a total of 48 points earned at the events in Thailand and Poland.

Phrommat’s brilliant performance gave him a four-point lead over France’s Alexandre Mateos and Slovakia’s Ivan Pestun, who ended in joint second place, with both pilots attaining an overall score of 44 points.

The highest placed female pilot was France’s Marie Mateos (below), who finished joint ninth with a total of 27 points. Teenage pilot Janejira Chui-Noei of Thailand was not far behind, sharing 12th place with three other pilots. 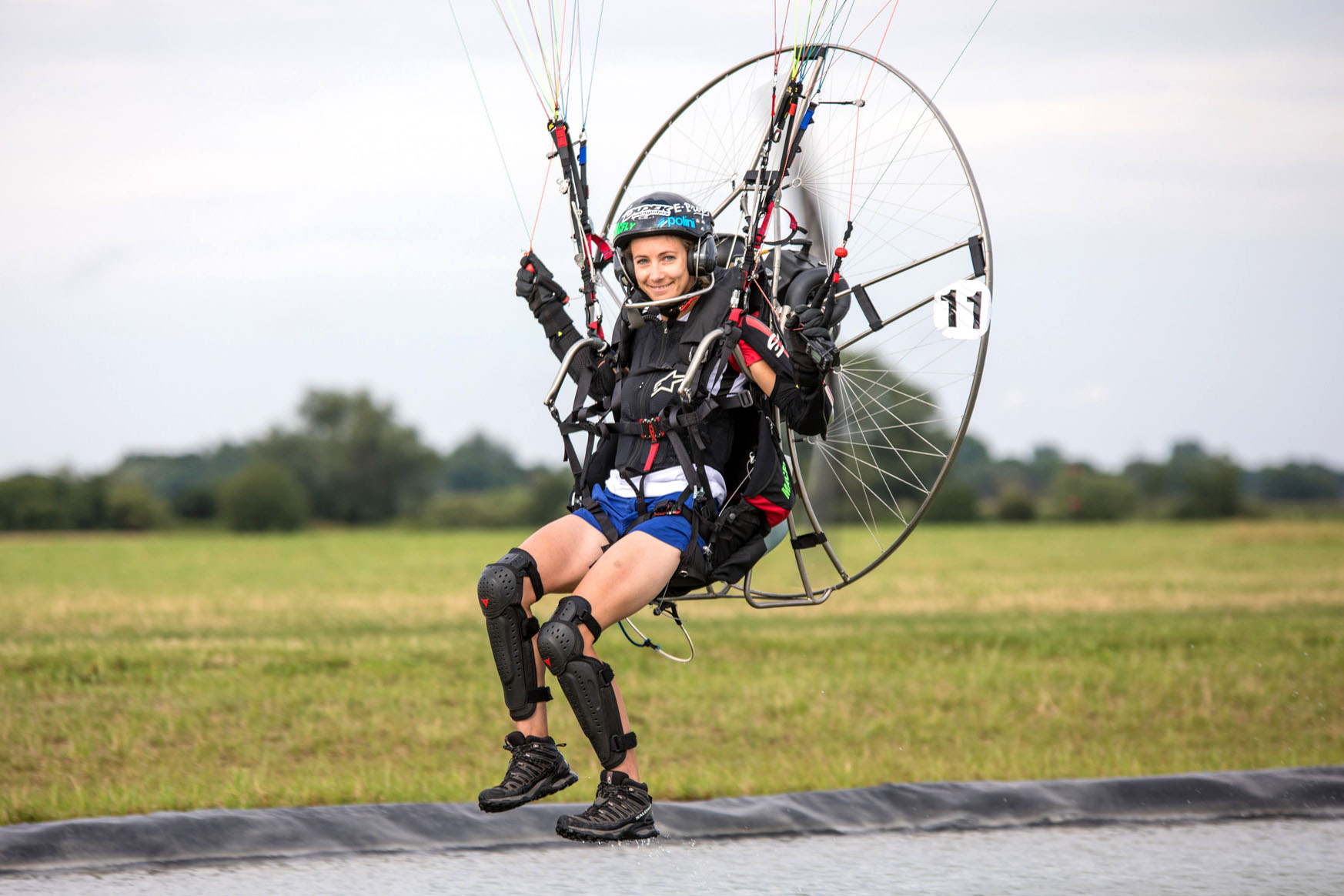 Lintl added: “I am very proud to see Thailand’s male and female paramotor pilots being so successful in this year’s FAI World Paramotor League Cup.

“It is payback for all the effort the country puts in to developing competitive paramotoring, including by hosting the FAI World Paramotor Championships 2018.”