Turkey named as the 2020 host country for the world’s biggest and brightest air sports event: the FAI World Air Games

Turkey will be the official host country for the FAI World Air Games 2020, according to a contract signed yesterday by Kursat Atilgan, President of the Turkish FAI Member Türk Hava Kurumu (THK), and Frits Brink, President of the FAI, in Lausanne, Switzerland. Scheduled for September 2020, the Games will take place in some of the most iconic locations in Turkey, with the event split between Ankara, Antalya, Eskisehir, Efes/Selcuk, Ölüdeniz/Fethiye and Pammukale/Honaz.

Kürşat Atilgan, President of THK, said: “More than 2 billion people from around the world can reach the centrally located tourist destination of Turkey in under four hours flight, making it an excellent venue for the FAI World Air Games 2020.

“We believe that holding the prestigious FAI World Air Games 2020 in Turkey will allow us to attract a younger generation of air sports fans, both within Turkey and worldwide.”

The signing of the contract naming Turkey as the FAI World Air Games 2020 host country took place at the Olympic Museum in Lausanne.

This location reflects the FAI’s status as an International Olympic Committee (IOC) Recognised Federation, and part of the Olympic Movement.

FAI President Frits Brink said: “It gives me great pleasure to sign this contract naming Turkey as the host country for the FAI World Air Games 2020.

“A longstanding FAI Member, THK has a lot of experience in organising air sports competitions, not least the very first FAI World Air Games in 1997.

“I feel confident that the Federation will put on a fabulous show for the World Air Games – the biggest and most exciting event on the FAI calendar.”

Now the agreement has been confirmed, preparations for the event will begin, with THK planning a round of investment to ensure facilities are of the highest standard.

Atilgan added: “Since being set up in 1925, THK has invested a lot in air sports infrastructures.

“Over the next two years, we are planning to invest further. For example, by buying new equipment and creating new airfields for each sport.” 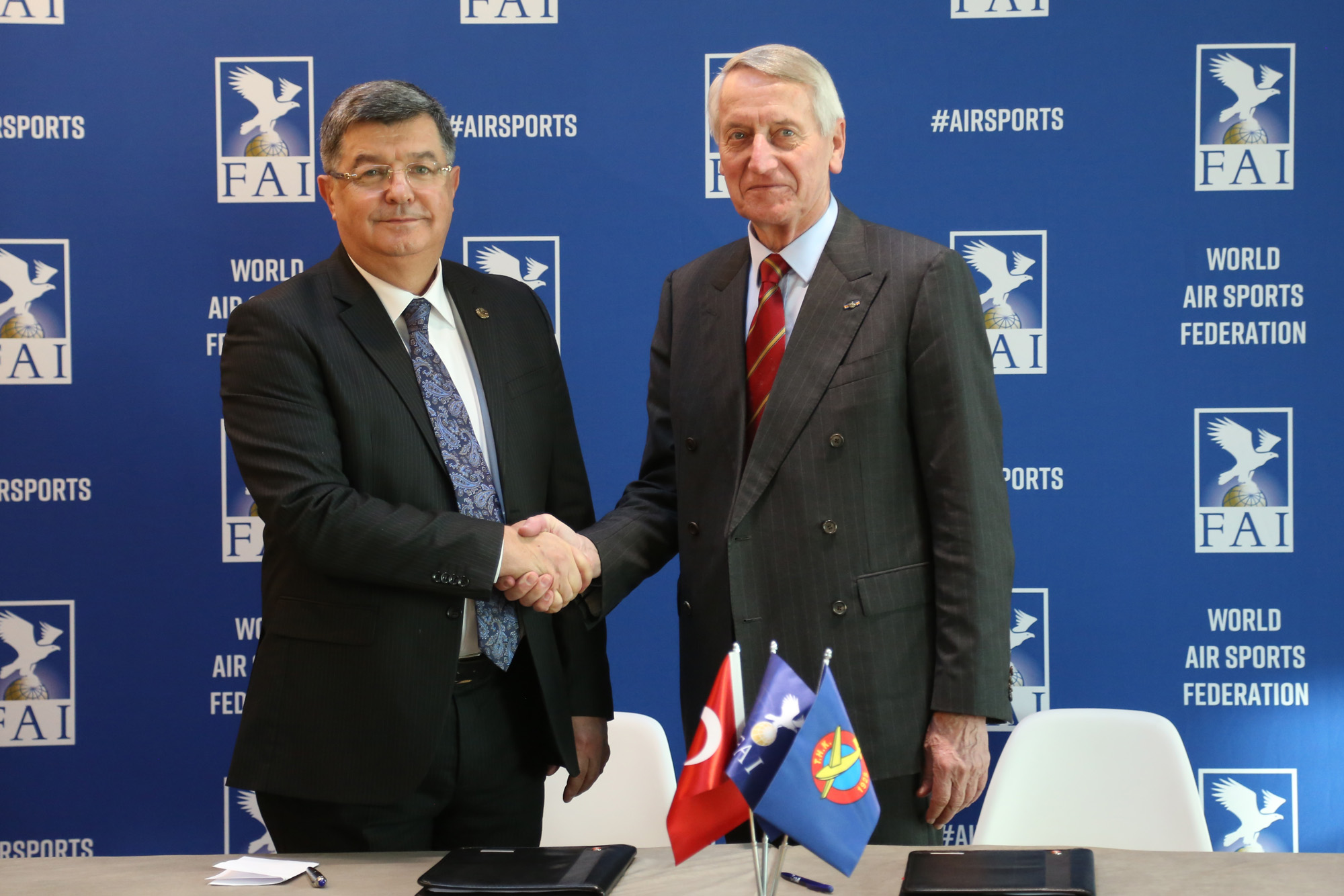 It attracts the world’s top air sports athletes, all vying to be awarded the title of FAI World Air Games Champion in their chosen discipline.

The aims of the event include showcasing air sports to the general public and attracting new participants, as well as promoting FAI events to other sports organisations and creating an attractive platform for TV, media and other external stakeholders.

The latest edition of the Games, in 2015, was organised by the Emirates Aerosports Federation under the patronage of the Crown Prince of Dubai, His Highness Sheikh Hamdan bin Mohammed bin Rashid Al Maktoum and took place from 1 to 12 December 2015.