The drone racing at The World Games (TWG) is underway with a challenging course for the 31 pilots to navigate. The qualification rounds started on Saturday 9 July with two rounds successfully completed during the fine weather and a provisional ranking established. Rounds three and four suffered a setback when a storm and heavy rain meant that the qualification racing had to be postponed.

The track itself is exciting for the pilots and audience alike, with obstacles placed in the tribunes of the stadium (see header image). Two commentators have kept the public informed, and a large screen presented the competitors and showed the video feeds of the four pilots racing around the track.  The scoring system is successfully managed by the US Drone Soccer Team, in collaboration with SwissTiming. 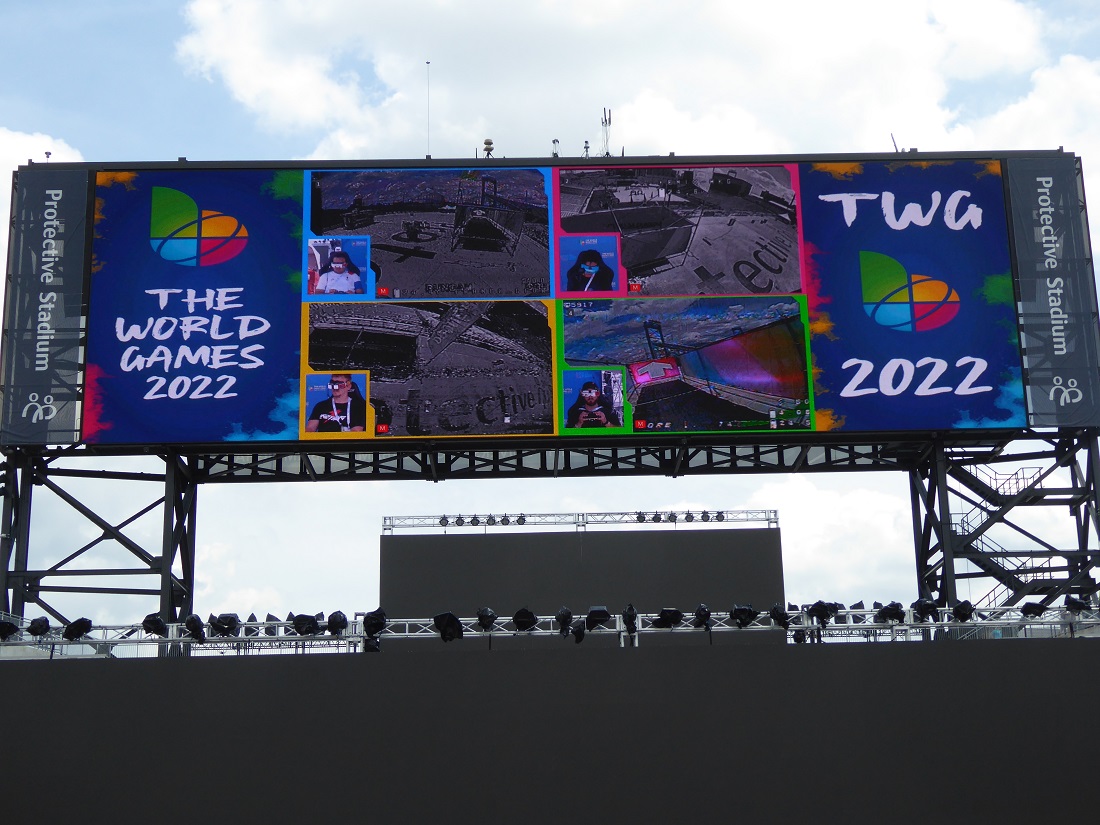 The large screen showing the drone racing live for the audience at the Protective Stadium, Birmingham, Alabama

The provisional qualification rankings at the end of Saturday 9 July were:

Rousseau gained a third place at the 2019 FAI World Drone Racing Championships (WDRC) in Ningbo, China and was first on the selection list for the TWG2022. Born in 2004, he is a junior racer. Evan Turner is a wild card competitor aged 19, the same age as ChangHyeon who represents the Republic of Korea. He was 2019 FAI WDRC champion in 2019. Of the female pilots participating, Wanraya WANNAPONG of Thailand has placed twelfth. She is also a junior but already a well-known name in drone racing, having been FAI WDRC champion in both 2018 and 2019. 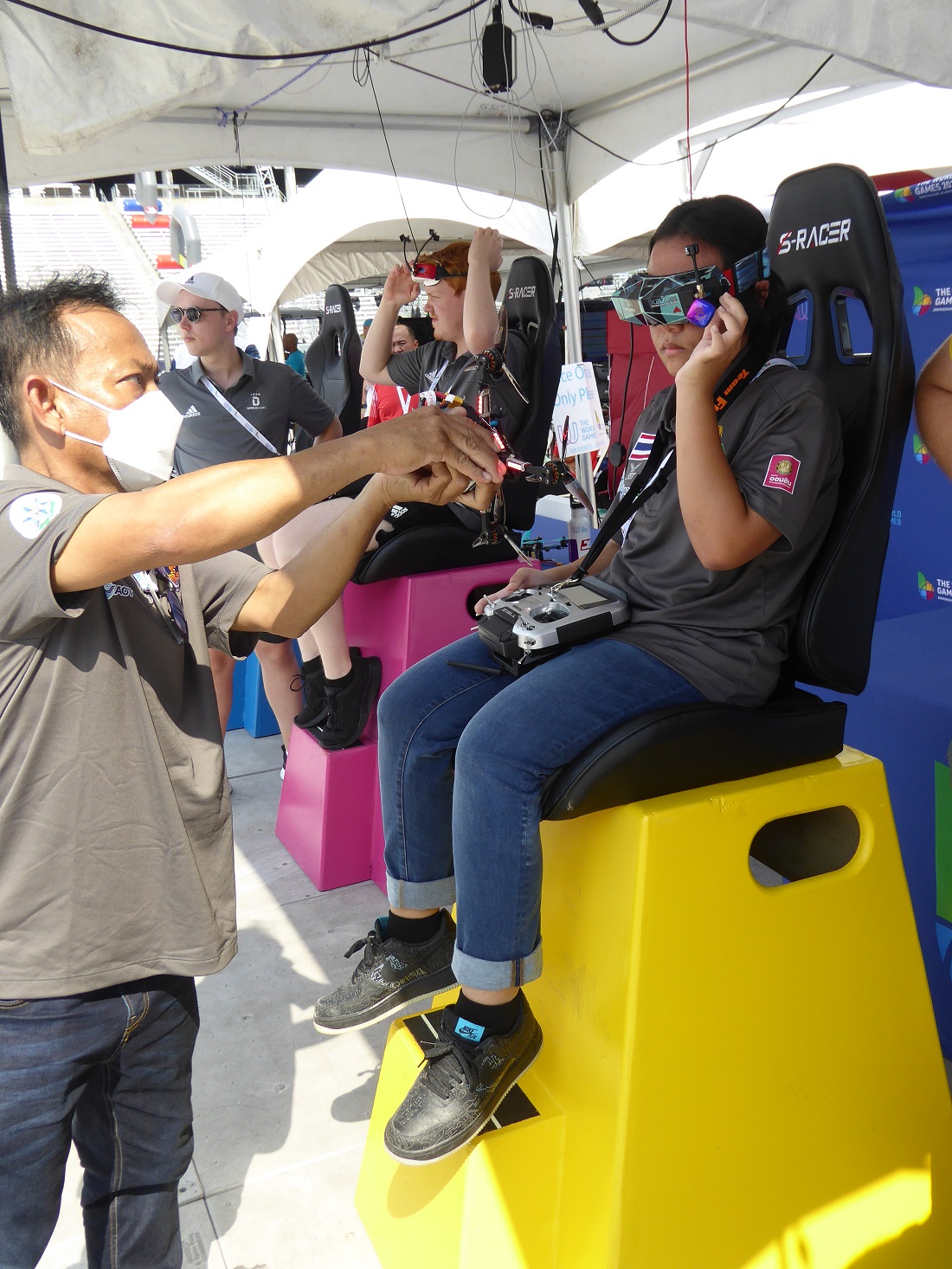 Third and fourth qualification rounds will carry on in an earlier session on Sunday morning so that racing can continue as planned as 12:45, leading up to the Award Ceremony at 21:00. 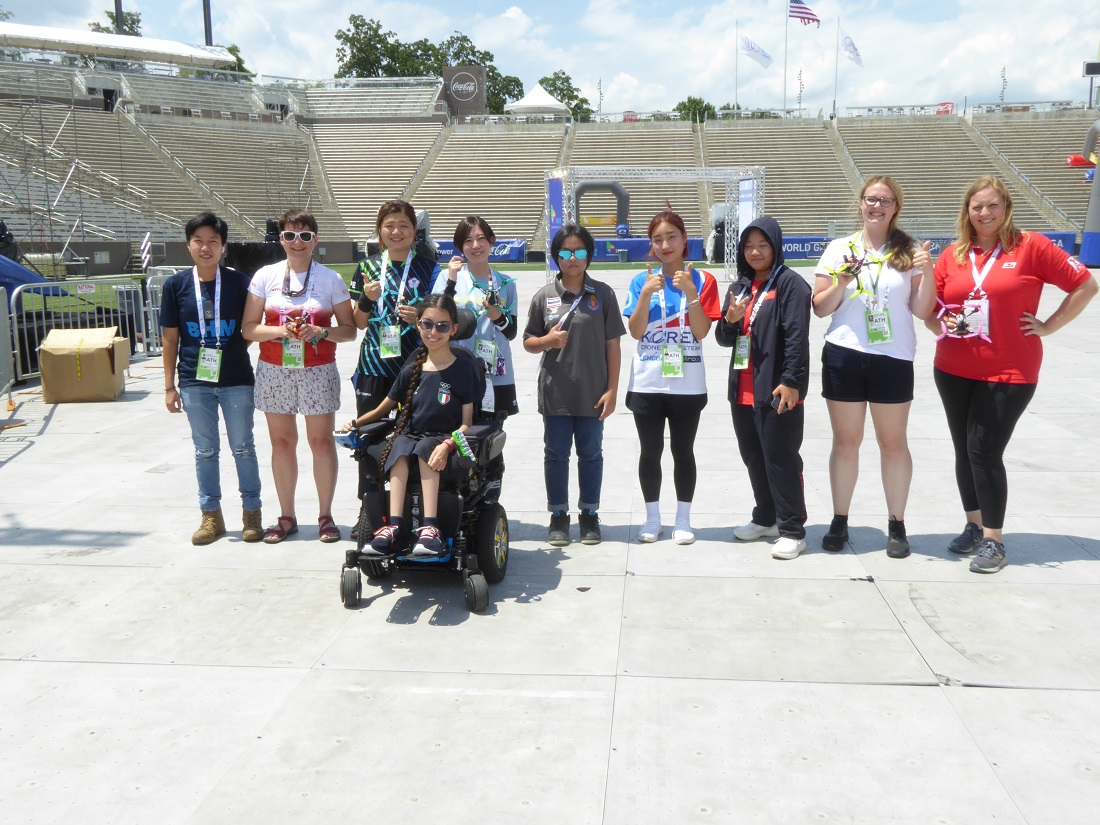 The female drone racing pilots gather in the Protective Stadium