The launch of the balloons at the 60th Coupe Aéronautique Gordon Bennett has been postponed for 48 hours, from Friday night to Sunday night, to allow for bad weather to pass through.

“We have had three weeks of stable, high pressure weather with temperatures in the 30s,” he told a packed briefing room of pilots and supporters.

“But now that is about to change, and we will see a more autumnal weather system move through.” 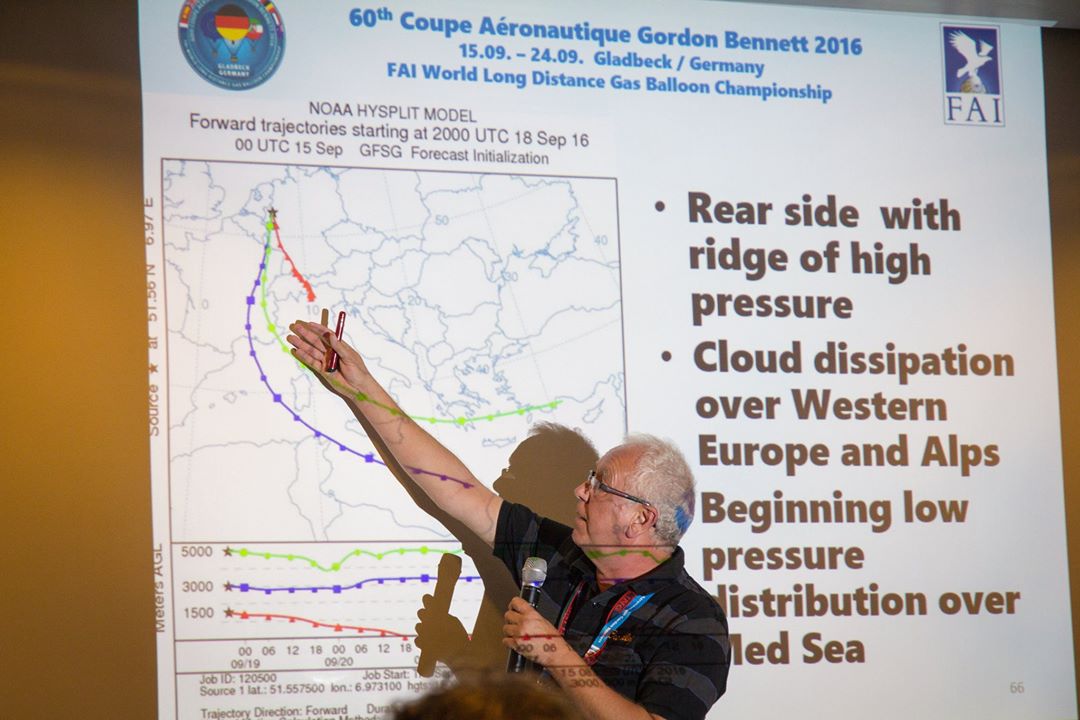 He said a cold front was crossing Europe, which would bring “a lot” of rain to the northern Alps, and unstable air to the north of Europe over the weekend. This means rain, wind and possible thunderstorms in the Gladbeck region.

Showing a series of weather charts featuring the wind systems across Europe, he explained that although a local launch window could be found before Sunday evening, to ensure a good and safe competition it was better to wait until the bad weather had passed through. This would allow a small ridge of high pressure to bring more settled weather across a wider area.

The result of this weather meant, he said, that the most likely direction for the balloonists would be south, towards – and perhaps even over – the Mediterranean.
He drew applause when he flashed his final slide, which was a map of Crete. “I know two years ago someone flew to Sicily, maybe this year they will touch down on Crete!” 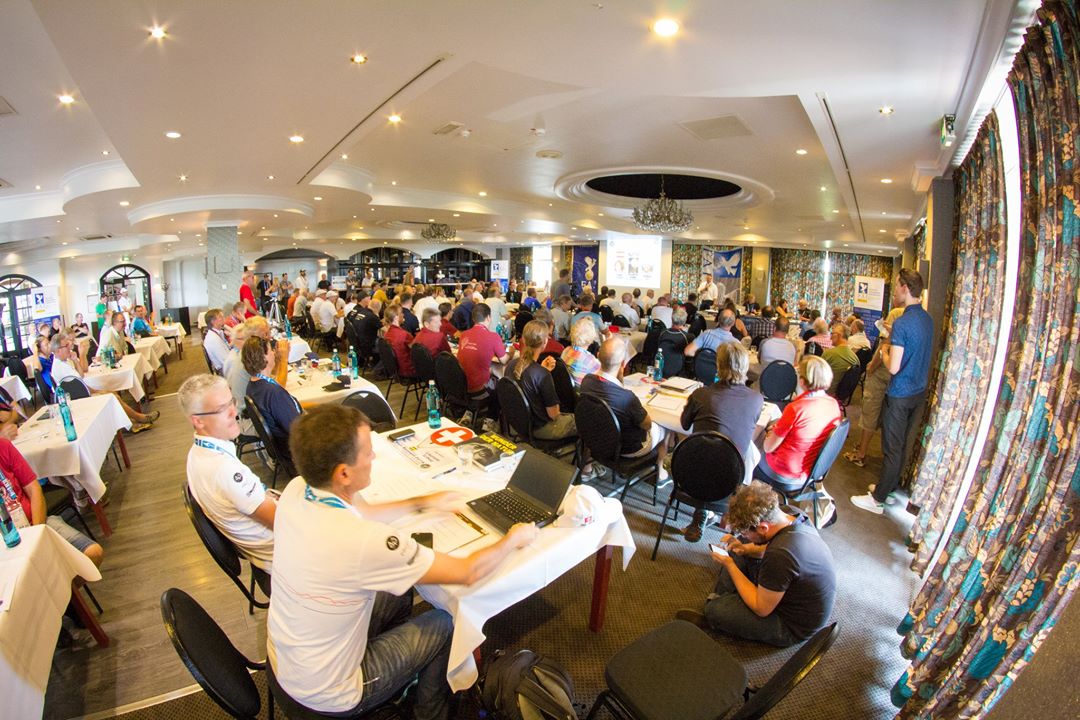 He added that he had checked availability for flights back to Germany from the island, “and there are seats free!”

Pilots now have 48 hours to wait before a second briefing at 6pm on Saturday. With the general situation now understood, they will be making plans to fly south on Sunday night.

Follow the action including webcams and live tracking at www.gordonbennett.aero