“Smoke on” at the World Championship Air Race Activation Ceremony!

In those tense moments as the World Championship Air Race pilots wait to cross the chequered start gate, all eyes will be on the Race Director to give the “Smoke On” signal… The planes will then start to emit streams of smoke, and once they cross the start line, engines and audience will roar as the pilots navigate the course’s twists and turns.

The symbolic “Smoke On” signal was adopted by Officiating Guests at the World Championship Air Race Activation Ceremony. The ceremony took place on 8 December 2022 and saw officials, managers and partners mark the initiation of WCAR events across the globe. 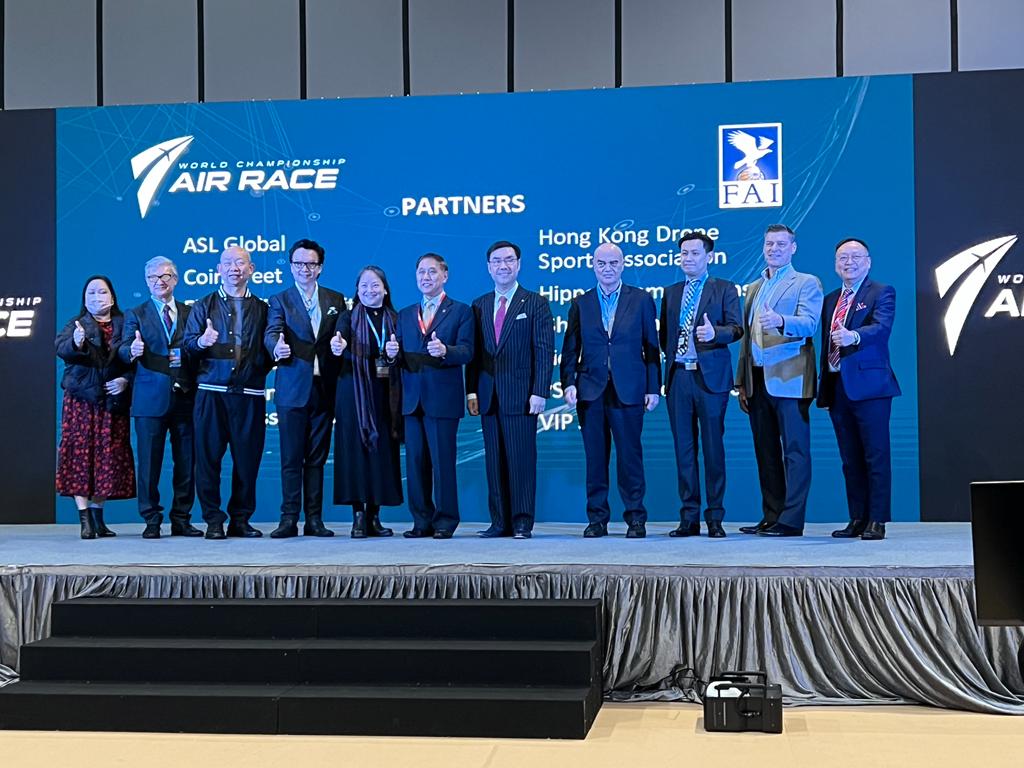 Messages of commitment and support were shared from officials: Michael C P Leung welcomed attendees, and a speech was presented by Ben Chaabene, Vice President of the World Championship Air Race. FAI President, David Monks sent a video message for the ceremony, stating:

"On behalf of FAI, I am thrilled to be addressing you at the official activation ceremony of the World Championship Air Race. This series has been several years in the making and it is always a great pleasure to see a new project come to life after the hard work that has gone on behind the scenes.

FAI was founded in 1905 and has continually supported aviation ever since through the ratification of world records and being the co-ordinating body for world airsports. FAI has over 90 member countries contributing to the international success of sporting aviation. We are honoured to be able to contribute our expertise and governance to the World Championship Air Race as it officially activates.

This race series promises to be exciting and entertaining; I am positive it will be supported worldwide by the many Air Race supporters as well as the global legion of aviation enthusiasts. I hope you will all join me in sending our every good wish to the Team at World Championship Air Race."

FAI Executive Director Andy Chau was present at the event and commented:

“FAI is thrilled to give the ‘smoke on’ signal to the World Championship Air Race which will redefine the future of air racing and showcase this exciting and innovative sport in cities around the globe.”

The series has been granted exclusive staging rights on a range of piloted air vehicle classifications flown on air-gate courses.

Special thanks were extended to the Royal Hong Kong Regiment (The Volunteers) Association who provided volunteer concierge services for the World Championship Air Race Activation Ceremony. 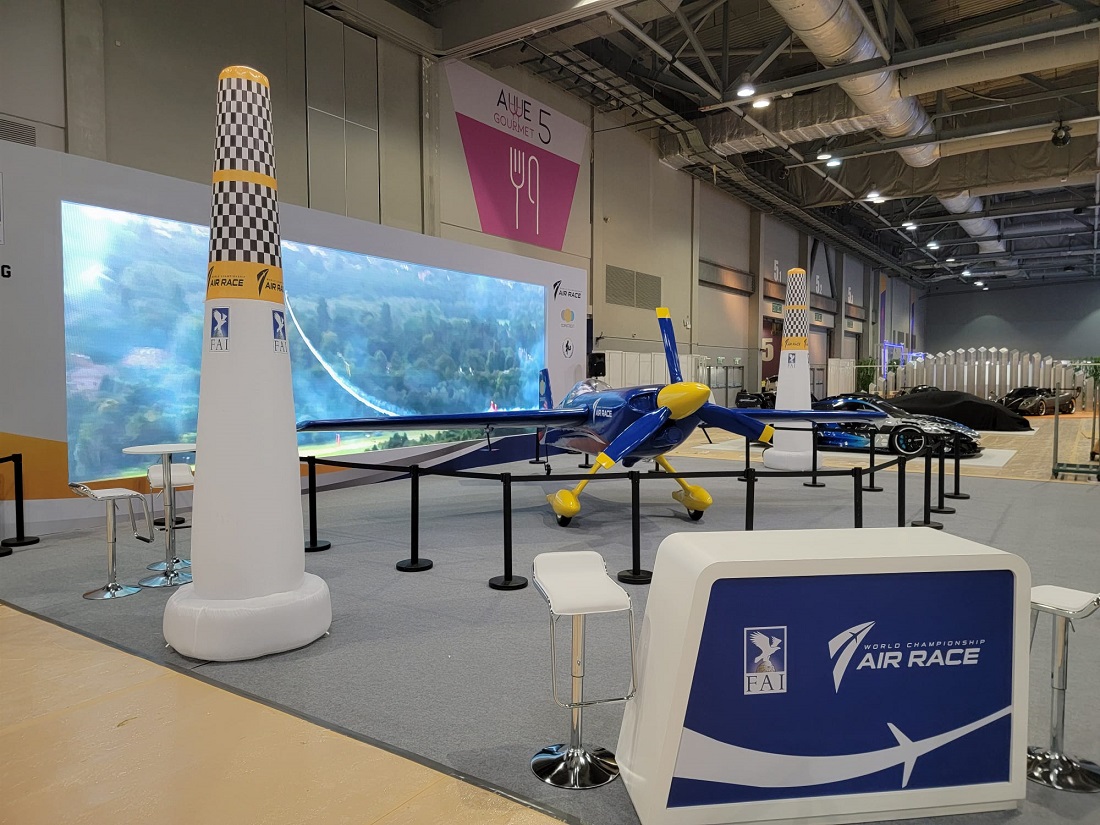 World Championship Air Race (WCAR) has agreed an exclusive partnership with FAI to stage this international series of air race festivals, which builds on the legacy of the hugely popular Red Bull Air Race. The 15-year agreement with FAI will ensure that safety and fairness will remain central to the race.

A commitment to the future

The WCAR hopes to be a significant player in the future of aviation, urban air mobility and sustainably powered, clean technology. The first season will feature conventionally powered, legacy race-planes, but the WCAR will work with aerospace partners to evolve aircraft to using sustainable fuels, electric drivetrains and electric Vertical Take-off and Landing (eVTOL) race-craft. 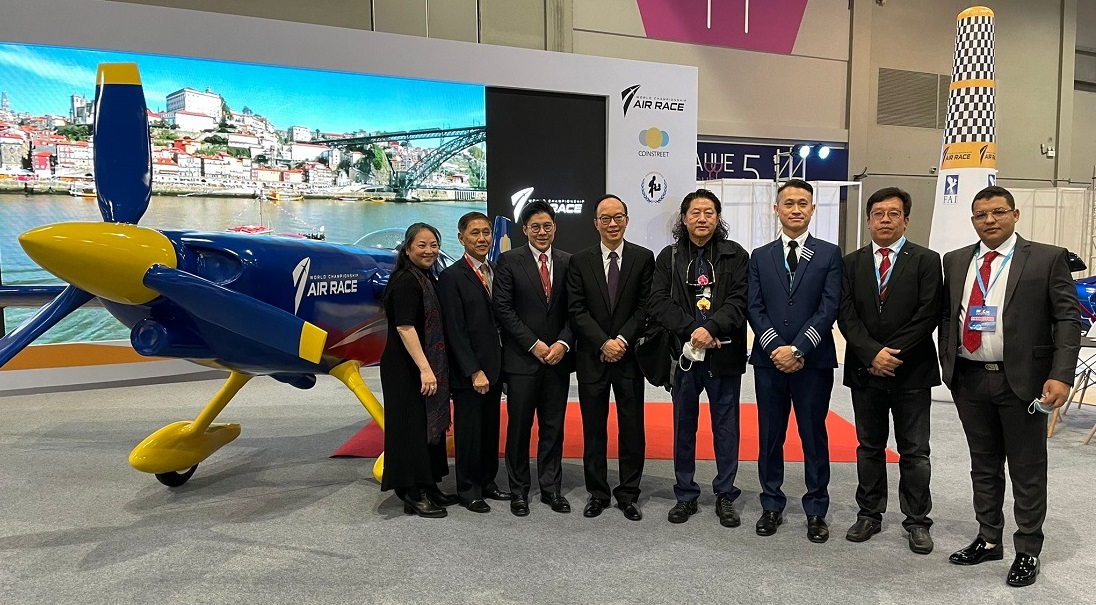