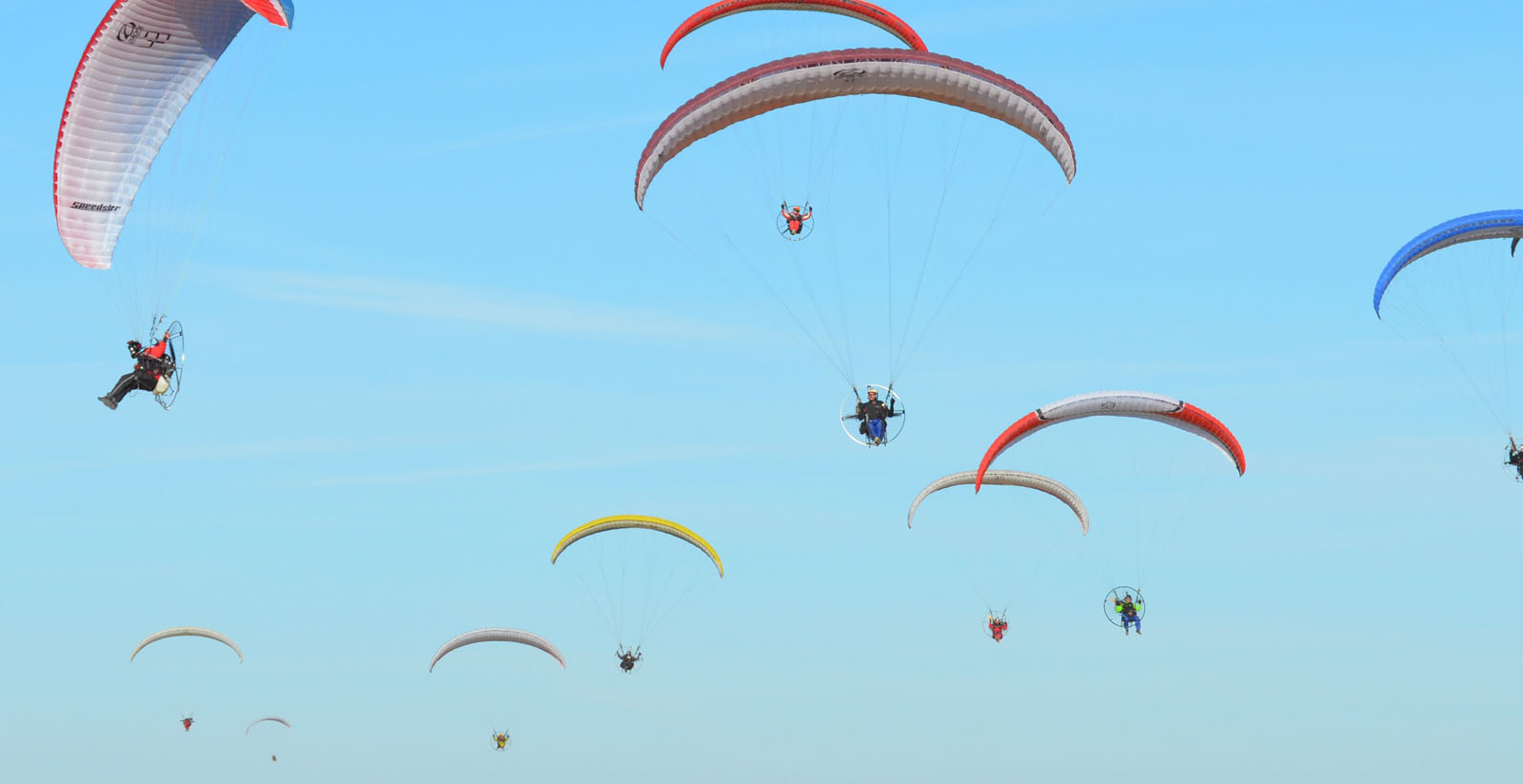 What are paramotor tasks?

Paramotors are a unique way to fly, using a paraglider wing and a harness-mounted engine with propeller. Each pilot flies solo, and takes-off on foot from a standing start on the ground. There are five tasks in the World Games: Accuracy Landing; 'Slow / Fast'; Figure-of-Eight Slalom; Paramotor Soccer; and the Swoop Pond. All the tasks test speed, efficient flying, control and precision. In Paramotor Soccer, for example, pilots must fly inches above the ground to kick a football, but therafter fast and powerfully to take a turn around a 12m inflatable pylon.

What do you have to do to win?

Pilots need to manage the glider and the engine accurately and efficiently, skilfully balancing the power of the engine with the precision and grace of the paraglider. Pilots need to fly with pinpoint control consistently, and perform well across all five tasks throughout the competition. Competition is fierce and one missed pylon on a slalom course is all that is needed to throw away a podium position.

How is it scored?

Each task is scored separately, with pilots being awarded points for accuracy, precision and speed. The scores are then added together to determine the pilots who go through to the final rounds. Penalties can be awarded for infringements relating to rules or safety.

Paramotoring (also known as powered paragliding) enables the pilot to take off from level ground unassisted and climb to altitude; there is no need to launch from a hill or high ground. Modern paramotors are capable of speeds up to 75km/h and can fly for several hours at a time. The current FAI open distance world record is 1,105km. Paramotor units typically weigh 30kg, and are 'foot-launched' without wheels. After a short take-off run of 10-20m the weight of the paramotor is carried by the paraglider above. The pilot, sitting in a comfortable and ergonomically designed harness, controls the engine with a throttle held in one hand, while steering is possible by changing the attitude of the flexible wing. There are an estimated 30,000 paramotor pilots worldwide. Training to fly solo takes about 8-10 days. With a wide network of schools and clubs, coupled with the easy transportation of the engine and wing, paramotors represent an accessible, viable and low-cost route into the world of aviation.