Thirty-three-year-old Elena Fergnani has been flying since the age of 14. After three years she entered her first competition in a dual seater aircraft before quickly progressing to single seat competition. She became club class women’s world champion in Australia in 2020. She currently lives in the south of Germany but her home airfield is Ferrara in Italy, where she is a pilot for the Italian team. We caught up with her on the field at Husbands Bosworth, UK where she was participating in the 11th FAI Women’s World Gliding Championships…

My name is Elena Fergnani, and I'm a pilot in the club class for the Italian team. This is my, I think, eighth or 10th Women’s World Cup. I won the last one in Australia. So this year there is a bit of pressure that I need to shake off. But yeah, here I am.

The story of how I got into gliding is maybe a bit boring. My dad is a glider pilot as well, so it was kind of natural to start it. I have to say, at the beginning, it was a bit boring. I didn’t have much time for it when I was school. But, when I started to fly cross-country I started to have a lot of fun.

I started flying competitions with my brother, who is three years older than me. At first we flew in the same competitions but not together. Then after two or three years we started to team fly. Then I started to have a lot, a lot of fun. Flying as a team - that’s the thing for me. It's really amazing to fly as two and really be synchronized and everything. It really pushed my competition flying. Here of course there is no brother participating, but I’m doing the best I can alone. There is another Italian pilot flying but she is flying in the 18 class.

The thing I find intriguing about competition flying is if I do a cross-country flight by myself, I never know if it could have been done better or not. And quite often you think you did very good on a leg of the track and then it turns out that the other people did it way better. I’m not really interested in just the winning idea or competing. What’s really cool is that you have many good pilots that are trying to fly the same in the same condition. So in the evening you can really compare who did what, and you can see what you did good and what could have been done better, which is a setup you rarely have in other circumstances. it's always a learning thing.

Having women’s only comps is a mixed thing. On one side, it's totally true that gliding is just a brain sport. There are no physical needs really. So technically it would definitely be a sport where males and females can compete together in the ideal world. Sadly that's not the case because we still have to do a lot of work in the direction of gender equality and the resources that women have compared to men is not the same. The gender pay gap is still an issue. Normally to go glide it means we have a worse glider, worse instruments and less resources for the competitions. Then there are the social issues, we have to do things right just because we are women. There are stereotypes that women can’t fly like the ones that women can’t drive. Even though we know it’s not true society still believes it. So we are always flying with some extra luggage on our shoulders, and of course there are specific logistical problems. You’re always just starting some steps behind.

The idea of having a woman’s championship makes sense to give visibility to women in this sport so more can be attracted to it. We can say hey we can get to a world class level and be really good. And honestly when you see the pilots that are competing at international level they are performing at a super good level. It’s not a class B championship, the level is super high. So it makes sense in showing what is possible. It's also important in creating a safer space where women can fly and feel more welcome. Hopefully and maybe in the future there won’t be any need for a woman’s championship. Let’s wait for that. 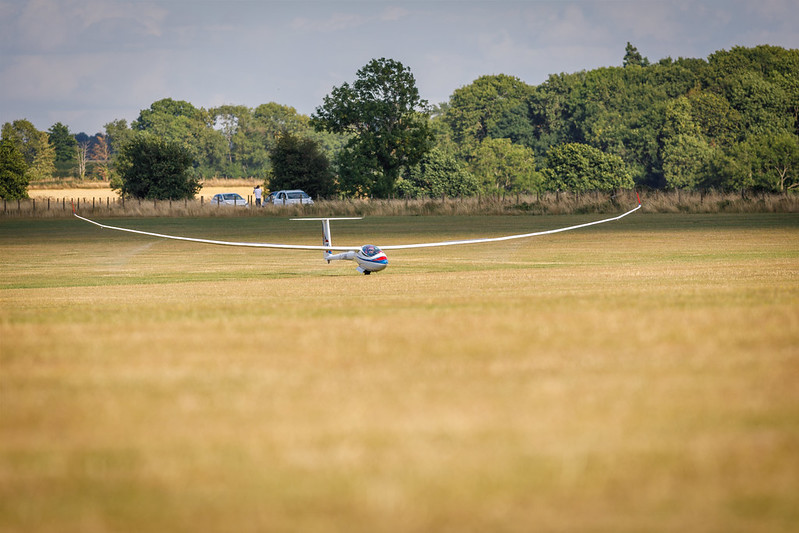 If you are a woman looking to start gliding, the first thing is to find a club where you feel welcome. Because although we try to be in the air as much as possible, we spend a lot of time on the ground. And this really makes a difference for me to feel welcome, to feel like I am with good friends on the ground and when you have bad days that you can laugh about whatever happened. Somewhere that is chilled and nice and you feel easy to be there. Once you find a good setup just enjoy it. It's important to have other women you can talk to because there are things that are just more complicated for us so it is good to get their advice.

There can also be prejudice, sadly many women have been told they can’t find cross-country because it’s enough that they can take-off and land, even though they are perfectly capable of flying cross-country. If that happens to you it’s the environment around you that is pushing you back. So if this happens to you, just get off that ‘swimming pool’ and get to another ‘swimming pool’ with people that encourage you to try stuff. And seek supportive people. Supporting men can of course be super helpful and it doesn’t need to be separated. Sometimes though it’s nice to have people around you that have faced the same problems. To validate that the problem is real not just in your brain. Sometimes we don’t see things we don’t expect to see, so having women role models around us will help us see what we are capable of.

My goal here is to learn to compete and still have great fun. In Australia I was really stressed for the entire competition and I would like to be able to enjoy the time in competition. Of course, I also want to improve my flying. There is always something new to learn in gliding. Things work differently in different places. You're always ending up in places where you say, ‘Oh, no, I know nothing about it again’. Here the thermals are working totally differently than in Italy. I don't know if it's because of the Brexit but the way the air organises itself and the wind is hard to understand, it’s very different here from other windy places I have flown. Maybe it’s because there is ocean on every side. So it's again about learning a new set up. And yeah, it can be frustrating at the beginning because you know nothing about this. But then there is the learning curve. It's quite steep and it gives you satisfaction. Hopefully I will finish this competition being a bit better pilot than it was before.