What is Canopy Piloting?

Canopy Piloting involves a series of tasks designed to test a parachutist’s ability to control his canopy and fly accurately. Each task starts with the parachutist navigating through a number of gates which are situated on water. The parachutist has one of three goals, depending on the task; complete the course in the shortest time, therefore having the highest speed; complete the water section and then land on a target as accurately as possible; or achieve the longest distance from the entry gate before touching down. 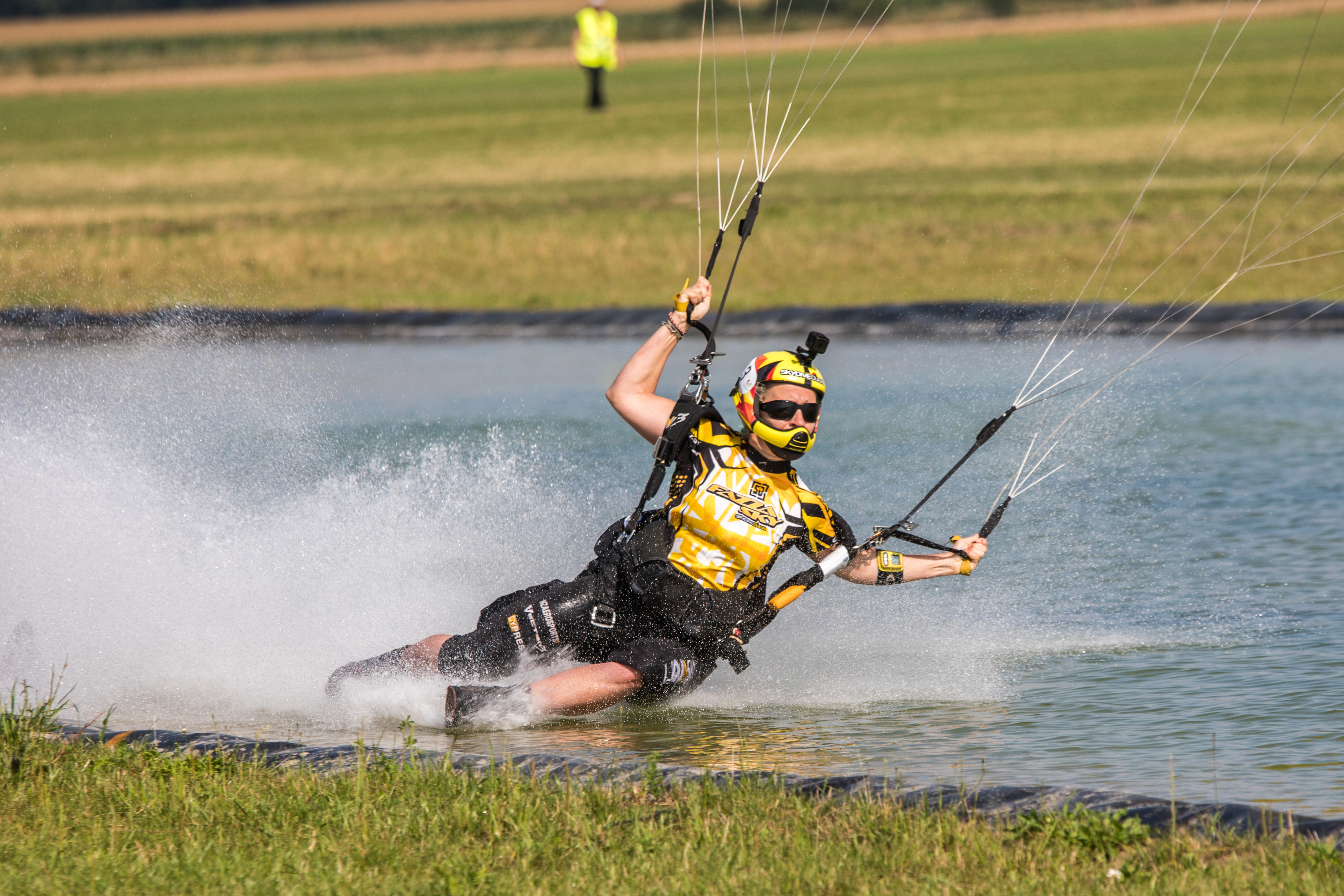 WHAT DO YOU HAVE TO DO TO WIN?

To maximise the accuracy, the competitor must successfully navigate the water section before landing as close to the centre of the target as possible. The maximum score for speed goes to the parachutist flying the course in the shortest time and the best score for distance will go to the parachutist controlling the canopy to fly the maximum distance.

HOW IS IT SCORED?

For accuracy: pass between the course markers and stay within the course to gain points. Extra ‘gate’ points are earned when a competitor drags a part of his body (usually his foot) through an imaginary line on the surface of the water between water gates. Penalties are awarded in the landing phase if the competitor fails to make a landing standing up or is not in the central zone with their first touch.

Speed: pass between the course markers to start the speed run; the time is started by breaking an electronic beam across the course. The competitor’s time is stopped as they break a second beam across the exit gate and their time is measured to the thousandth of a second.

Distance: pass between the course markers and remain within the boundaries of the course to obtain a score. The distance is measured from the entry gate to the first point of contact with the ground.

Canopy piloting is a fairly new sport, made possible by the development of smaller and faster canopies in the mid-1990s. The discipline was originally called ‘blade running’ but soon evolved into the format on display at the Games. Competitors compete over a stretch of water for safety reasons because of the high speeds involved - at the same time creating spectacular action as the parachutists swoop across the surface of the water, leaving a plume of spray behind them.
This discipline requires a high level of skill and experience. Many of the top competitors at the Games are professional parachutists or work for parachute manufacturers in the development of new canopies. 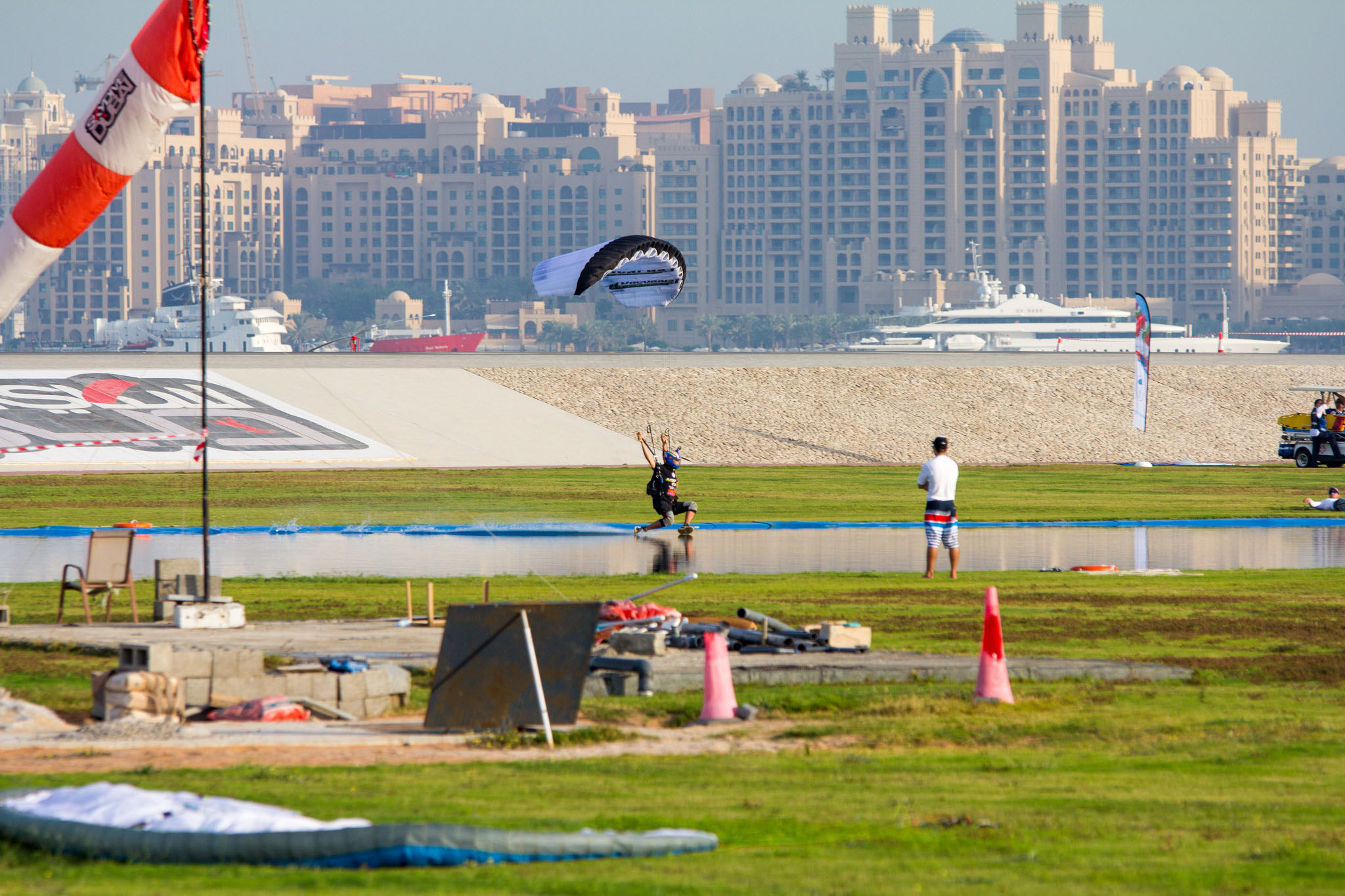