China is getting ready to welcome more than 100 of the world’s best drone racers next month, for the 2019 FAI World Drone Racing Championship Grand Final (WDRC2019).

The prestigious competition, which is a highlight in the fast-paced international drone-racing calendar, will be held in Xiangshan Ningbo, from 11-14 December 2019.

At an official press conference held today in Ningbo, competition organisers said they were ready to welcome the world. 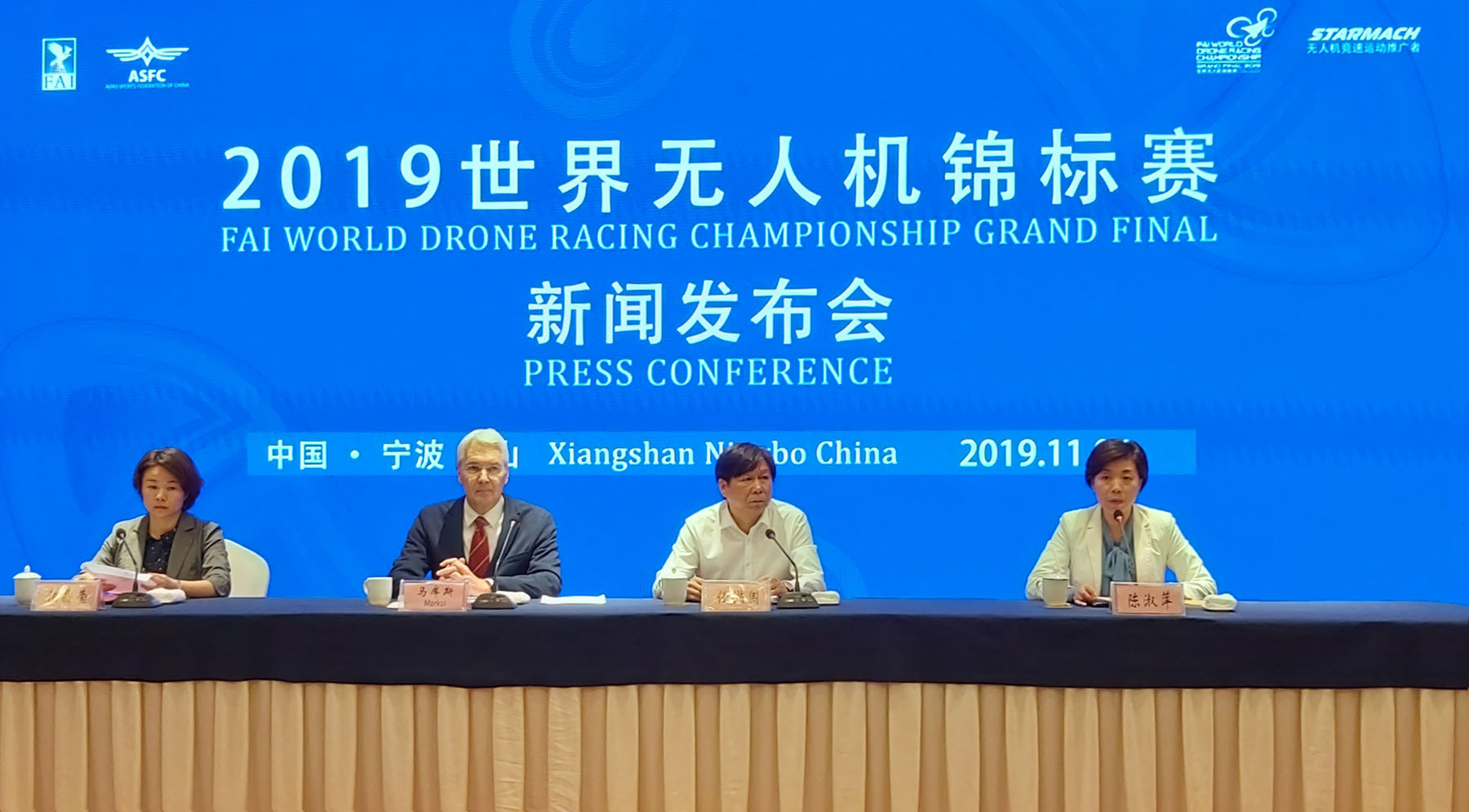 FAI President Robert Henderson said: "We are looking forward to welcoming more than 100 of the world’s best drone racers to in Xiangshan Ningbo, China for the 2019 FAI World Drone Racing Championship Grand Final in December. It looks like it will be a great competition.”

He added: "Drone racing is a fast-growing sport and the FAI is right there at the forefront of this exciting sport."

The 2019 FAI World Drone Racing Championship Grand Final will be held at a dedicated drone-racing track, built especially for the competition in Xiangshan Ningbo, a coastal city in the south east of China about 300km from Shanghai.

At 630m long and 4m wide the track will be divided into three layers. With the ground as baseline, the second layer will be 3.5m high and the third layer at 6m. There will be 14 different kinds of obstacles and 25 flags, including bridges and tunnels.

Competitors will race their drones around the track at up to 180km/h in a series of heats, navigating the course and flying their drone using a first-person-view video headset.

Some 108 drone-racing pilots from 27 nations are expected to take part – including 23 juniors and 13 women.

As well as the pilots, 125 other team members will also take part. Each competitor is also allowed one supporter, and national teams are allowed a team manger.

FAI medals and prize money will be awarded in Overall, Women, Junior and Nation categories. The total prize pot is $125,000US.

The competition will take place over four days:

China hosts the FAI World Drone Racing Championship three years in a row. This year’s competition comes after the very successful first championship in Shenzhen in 2018, and the location of the 2020 edition will be revealed soon.

FAI Global Technical Partner Noosphere is running the event management system and registering participants, as well as managing the website and online results.

How Do Pilots Qualify?

The winners of the 2019 FAI World Drone Racing Championship Grand Final will share a  $125,000US prize pot.