“Wow, this kid is amazing!” Watch the YouTube clips of South Korean drone-racing sensation MinChan Kim, 14, and you soon realise this is one serious talent.

“I think he is an alien!” joked one of his South Korean teenage team mates at the recent 2018 China Drone Racing Open in Shenzhen, China. “He is so fast.”

The drone racing competition in China doubled as a test event for the forthcoming FAI Drone Racing World Championships in November this year, and MinChan Kim was leading for much of it. 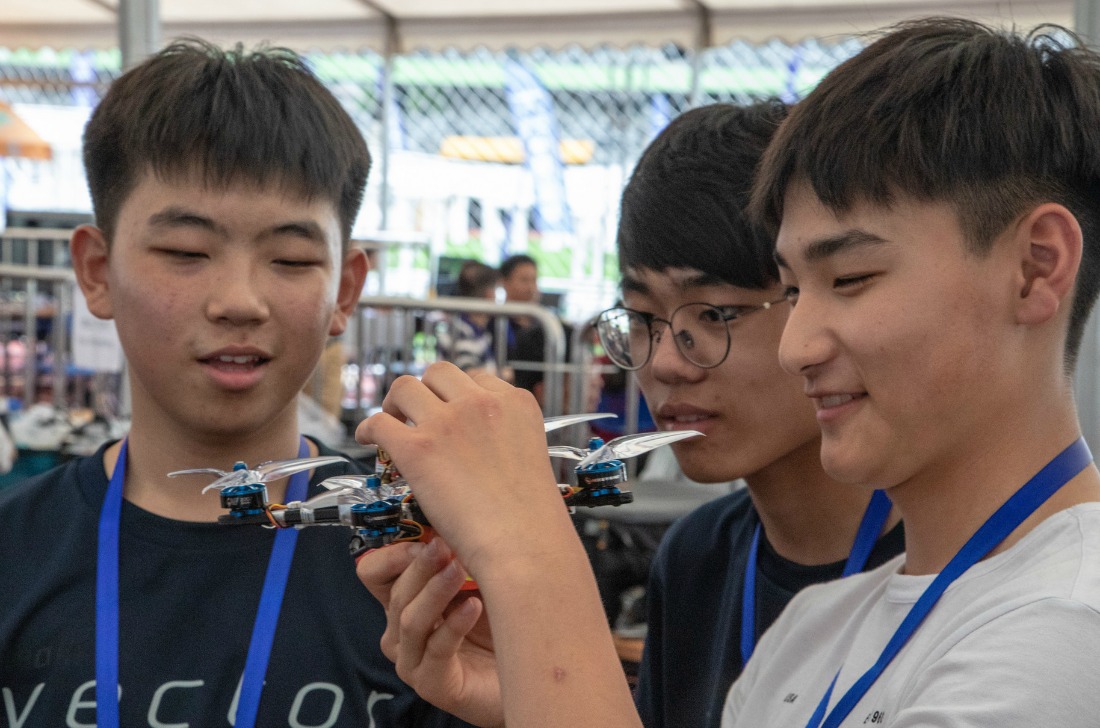 Although he was knocked out in the final rounds, during the competition he logged the fastest lap times and was the fastest qualifier. He was the pilot everyone was watching.

Still just a schoolboy, he has been racing drones for only two years. However, like many young drone racers he started out flying model helicopters.

“I started flying model helicopters when I was three years old,” he said. “It was my father’s hobby.” His father was with him in China and MinChan credits him and his mother for supporting his passion. “My parents help me every time.”

He discovered drone racing in 2016. “When I saw drone racing on YouTube for the first time it looked so exciting I said to my Dad, ‘I want to try that!’”

Drones, he explained, have a camera and the drone-racers wear goggles. “That gives us a first person view. If you go into the sky you feel like a bird. I love it.”

In drone racing, the pilots race each other and the clock around a dedicated track, navigating obstacles and gates. “It feels like I am flying,” he said, “and if I crash into the gate it feels like I am crashing.”

The adrenaline sends his heart racing. “My heart goes like this - fast. If my friend is flying with me it is so much fun! And if I win the race, it is amazing.”

When at school, MinChan's favourite subject is English. “I travel to a lot of international drone competitions and so I like to learn English,” he said. “During the week, school comes first."

But at the weekend it is all drone-time, especially as MinChan is one of South Korea’s best drone racing pilots and has taken part in a drone-racing TV show in South Korea. “Drone racing is getting big and people are getting to know it,” he said.

The track in China was a test track for the Worlds in November – it will be similar but different. What did he think of it?

“The course is really good but it is a little bit dangerous. The line is hard to read.” He added, “The night track is really good.”

How does he approach a new track in a competition? “First I look at the track, and then I fly it very slowly, so I can see the course. The next round I just go fast!”

The tactic paid off in China where he won the Qualification round, but it blew up in the later stages when a collision with another competitor saw him knocked out.

A little despondent he took defeat calmly. “I race fast and I have won a lot of competitions,” he said. “If school allows and everything is fine, then I will be back for the World Championships in November.”