The four members of Team France will be gunning for glory when they take to the 2019 FAI World Drone Racing Championship Grand Final (WDRC2019) track in the coastal Chinese city of Xiangshan Ningbo next week, their supporters say.

Killian Rousseau (seen above carrying the flag for the French team at last year's event, and below), Tristan Goin, Fabien Collobert, and Julien Giordana are all aiming for the top step of the podium in the team event, with teenage ace Killian also one of the strongest contenders for individual champion. 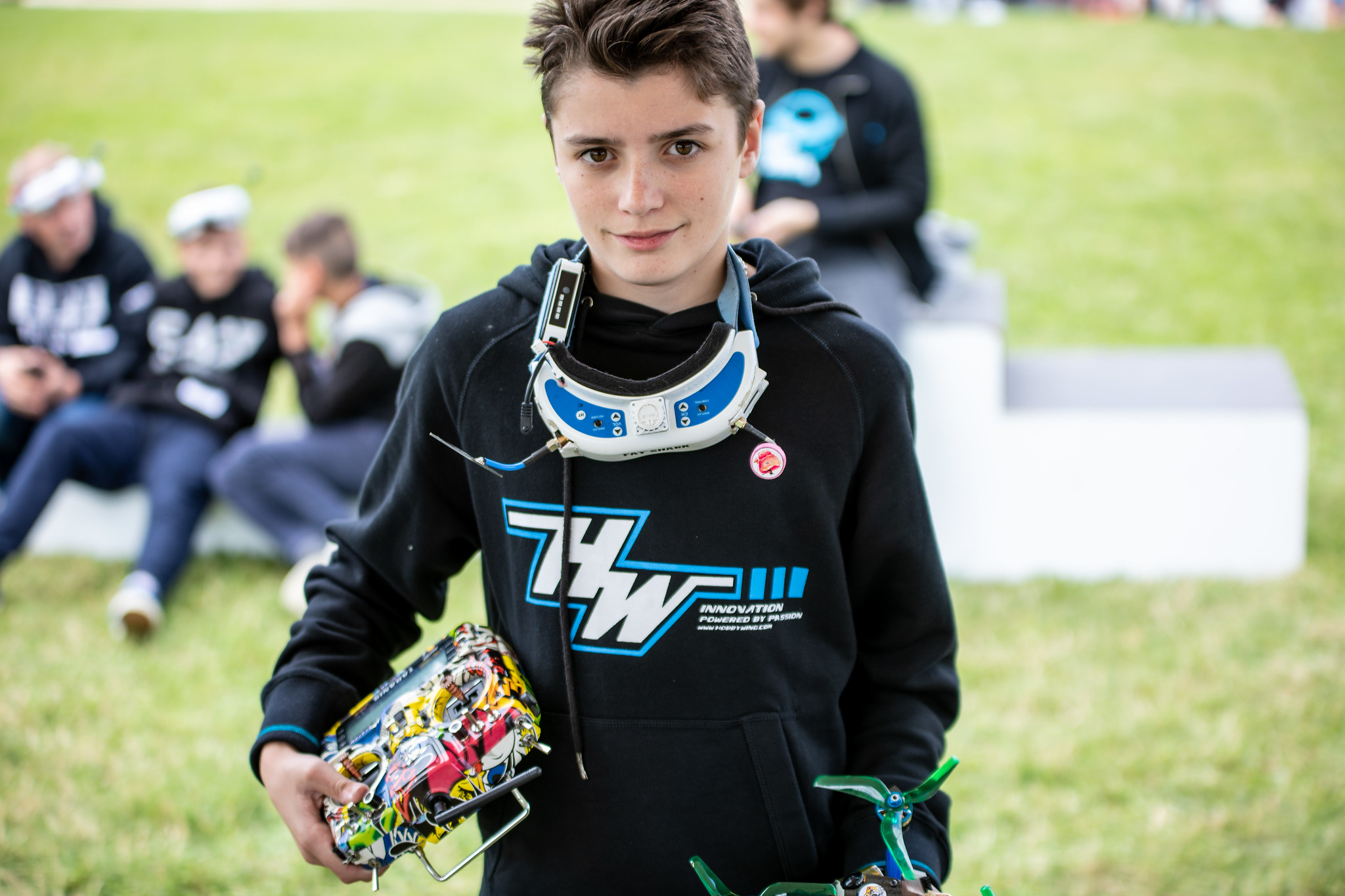 However, after seeing Killian - also a favourite then - crash out in the later stages of the competition last year, team manager Frédéric Theurel knows that anything can happen on the day.

“Even with the best team, winning is never a certainty, especially in this type of competition,” he said. “We saw that first hand last year, when Killian was eliminated after a crash with another pilot despite having dominated the qualification rounds.”

Fabien Collobert
Fabien was bronze medallist in the Junior category at the 2019 French Drone Racing Championship.

The four French pilots will be joining a field of 112 of the world’s best drone racers at the 2019 FAI World Drone Racing Championship Grand Final in Xiangshan Ningbo, China. The competition will run from 11-14 December 2019:

Among the 112 participating pilots, 103 drone pilots, including 40 juniors and nine women, will compete as part of 31 national teams.

In addition, six pilots from four different countries will participate as individual competitors qualified from the 2019 FAI Drone Racing World Cup ranking, plus three pilots for the additional wild cards attributed to the host country, China.

Each pilot is allowed one supporter, plus a team manager for national teams. A team of FAI Officials will also be present, alongside FAI Global Technical Partner Noosphere, which will be managing both the registrations and the live scoring.