The first FAI Air Sports in Asia Summit was held in Hong Kong on 20 March 2017.

Representatives from more than 20 FAI Member Federations, businesses and other interested parties from across Asia were invited to attend the one-day meeting.

Attendees included the Presidents of the two Asian Air Sports Federations that have recently agreed to merge into one organisation; the Regional Vice President for East and South East Asia; and the FAI President and members of the FAI Executive Board and head office staff.

After an initial welcome, attendees were invited to present their sport, their country, and their topics of interest in a five-minute session.

Fifth on the agenda was discussion of the sanctioning processes for regional and international events, for example World and Continental Championships or Category 2 events. The role of the NACs and the various FAI Air Sports Commissions was also discussed.

Finally, FAI World Ranking Lists were discussed, with particular emphasis on the eligibility of events and competitors. In closing, organiser Andy Chau and his team of volunteers, which included local Boy Scouts, were thanked for their hard work and efficient organisation.

Following the all day meeting on 20 March, the next day a visit to Shenzhen was arranged for some of the delegates.

Shenzhen, immediately north of Hong Kong in China, is home to several drone companies, including Hit Robot Group, SYU and DJI. Collectively, the drones industry in Shenzhen is said to account for 70% of the global drone industry. DJI, for example, employs 8,000 people, has a turnover of $1.5bn and is a global leader in drone technology.

Hit Robot and SYU were introduced to the attendees, who were then given the chance to watch first-hand a Drone FPV (first person view) race held in the open stadium in Shenzhen, as well as Aeromodelling aerobatics with helicopters and planes. Participants also had the opportunity to test fly drones under the direct guidance of SYU CEO, Kelvin Chen, who was on hand as a coach.

Held in association with the summit, a school Aeromodelling project at the Shenzhen Luoling Foreign Language Experimental School in Shenzhen also resulted in a series of space model launches. The school is a leading middle and high school that specialises in language studies.

Under discussion with the Aero Sports Federation of China in Shenzhen was the new FAI Air Games Tour, progress on the World Fly-in Expo in Wuhan in November 2017, and the 1st FAI World Drone Racing Championships. The FAI was also pleased to meet representatives of the Shenzhen Municipal Bureau for Culture, Sports and Tourism.

Around the main meeting, FAI officials visited the Government Flying Service and Cathay Pacific, while the FAI International Ballooning Commission also had their annual meeting in Hong Kong prior to the FAI Air Sports in Asia Summit. 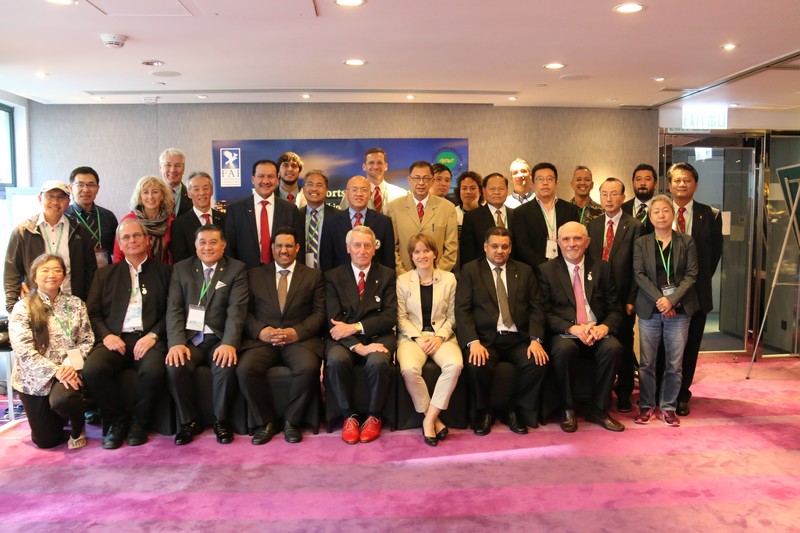