11th FAI World Paragliding Accuracy Championship in Prilep North Macedonia becomes valid with only 3 rounds flown. It was challenging all way through... but they did it. It was a challenge to host an event and gather participants under the pressure of pandemic restrictions and a greater challenge to have competition flights in questionable weather conditions. The Championship took place from October 6 till 16, 2021 and out of 10 days 7 were rainy and the other 2 snowing. So the organisers had to face extraordinary pressure to get the most precise weather forecasting and organise logistics to find these narrow windows between rainclouds and try to conduct rounds. Out of 5 rounds that begun, only 3 were completed. Due to a reduced number of rounds, competitors were unable to discard “worst results”, so any mistake was sufficient to compromise access to the podium. Another complexity was that 2 rounds out of 3 ended on a different day with different conditions from the day they had begun.

The performance of the Korean team in this championship is really outstanding. They have got both 1st and 3d in the individual Overall and Female and also gold as a Team. Before their last fights, they had a very tight score with the Czech team that followed them closely. At the end of the day when Round 3 was suspended, Vlastimil Vachtl already had his flight with 0-3-0 points for flown rounds. So, when launching, Seungil Ahn already knew that he had to hit not more than 2 cm otherwise he would loose. In Female ranking, Dagyeom Lee was even more constrained. She knew she had to hit no more than 1 cm.  But they managed to keep it cool and kept the lead. So now all gold medals, as well as 5 podium places out of 9, belong to the pilots of the "country of Morning Calm". In the Female ranking, both Dagyeom Lee (South Korea) and Marketa Holubova Tomaskova (Czech Republic) both got the result of 5 points, but since Dagyeom has hit once 000 in her rounds and Marketa none, the podium was given to the Korean pilot, who also got the bronze in Overall. One of the Korean twins Eunyoung Cho became third in female, her sister - Soyoung Cho, the champion of 2019, - came 4th Overall.

FAI Steward Riikka Vilkuna commented: "The pilots had to switch between towing and foot launch, to fly in windy conditions and land on a soaked airfield. But the top pilot win in any case. It is not the first time when PGA  Worlds are so "lucky" with the weather, it happened before. In 2011 in the Czech Republic, and in 2009 in Croatia, they were also setting rounds in between rain and risked not having a valid competition. In Croatia, it was most thrilling - imagine the tension when the last pilot of the third round took off 2 min before the sunset. Here we were luckier. All parties did their best. Even the newcomers to the Worlds. If you look at the results, it is surprising to see that Spain is ranked 6 in Teams. This is their first World Championship. They do not have any top-performing pilots, but all team members flew equally well, which secured the high result. Also, it is interesting to see North Macedonia and Kosovo in 4th and 5th place in Teams. These nations train a lot and are showing good results. I see that PGA receive more and more spread and I am especially glad to observe that the young pilots also get good results, for example, Nikita Melnikov (NAC Russia)  - 5th in Individual Overall or Almas Akhmetov (Kazakhstan) - number 13th. Another very interesting fact that I'd like to draw your attention to is that inside of the top 8 in Overall there are 3 Female pilots, which shows that there is no gender difference in PGA  - it is a sport with equal possibilities for all".

The organizer, Martin Jovanoski said: "We had to face extreme difficulties with the weather. We never had such bad weather in Macedonia in early October. We organized a winch start option as well as a hill launch and this was crucial:  all the valid rounds were done by winch launching. But the pressure that the weather has put on us was exceptional. We had to set and unset the landing many times, get soaking wet in the rain, clear out new take-off sports, pump the water out of the landing zone, etc... I would like to thank all who worked with me on this event for great teamwork. Without the total commitment of all, it would not have been possible".

Goran Dimiskovki, the meet director of the Championship, commented: "I am especially happy to have this event as valid. After all these uncertainties of pandemic travel restrictions and having a previous category 1 event cancelled (in hang-gliding, this Summer, at next door Krushevo) we had our doubts if the attendance would be enough. But it turned out well. 32 nations have come to compete to North Macedonia - the biggest international representation that ever was seen. It was remarkable to see the devotion of pilots to the sport and how they coped with all the difficulties with courage and good humour".

The winners of the 11th FAI World Paragliding championship are: 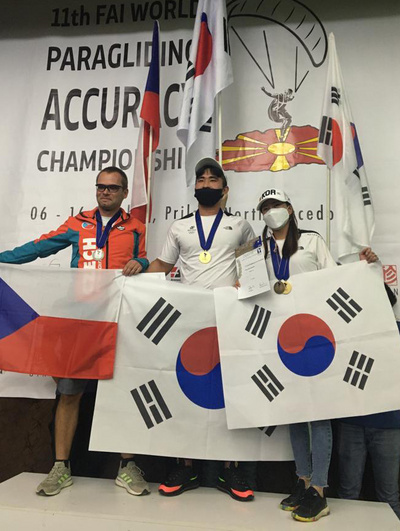 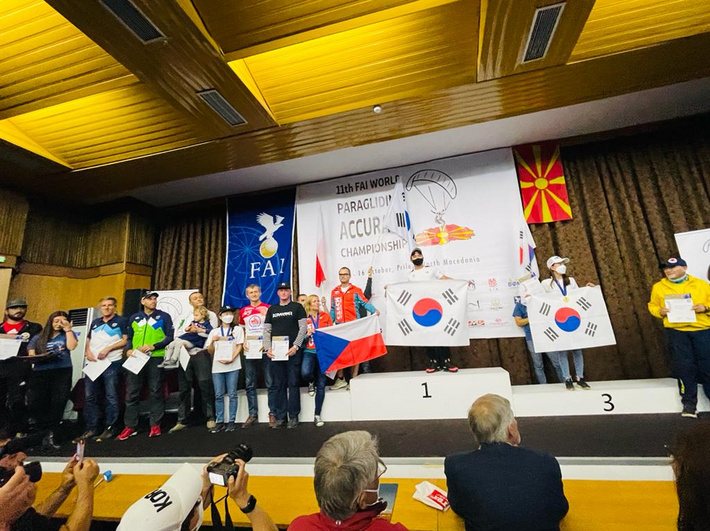 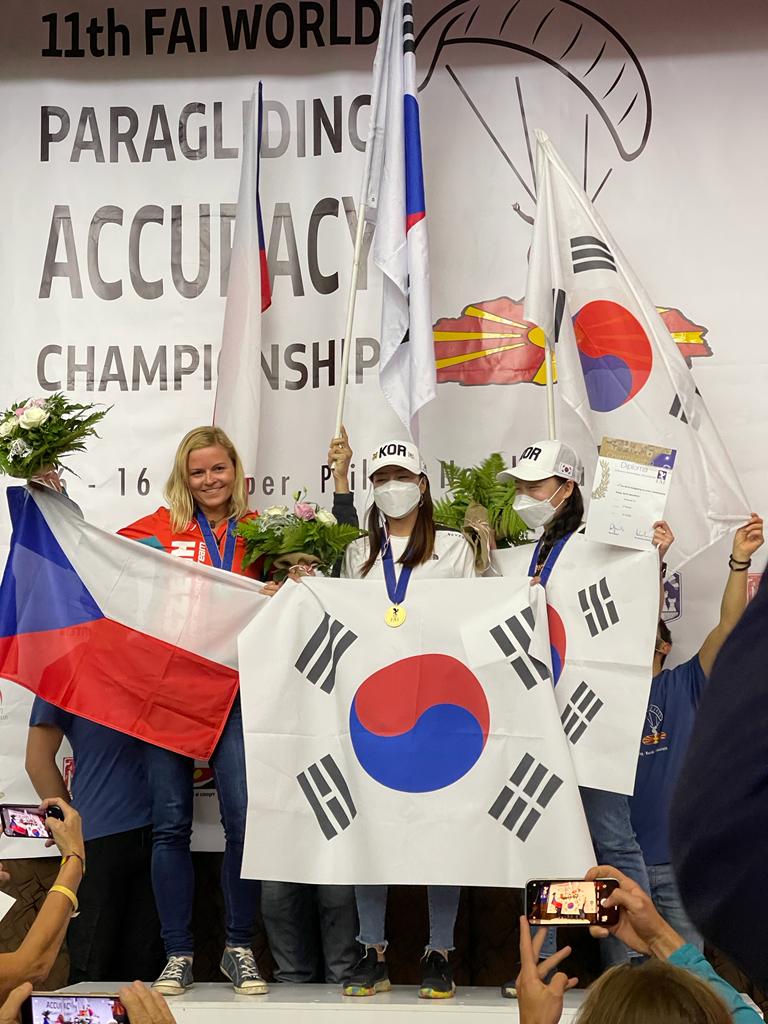 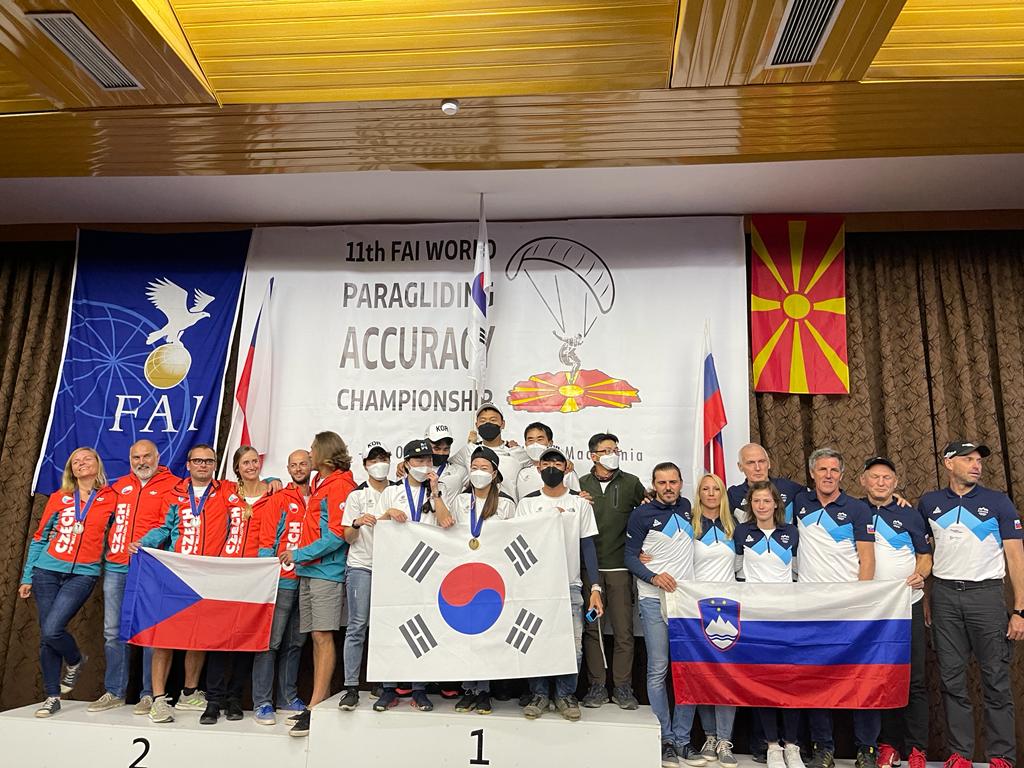 We are very happy to congratulate the winners on their great results.

All official results are here. 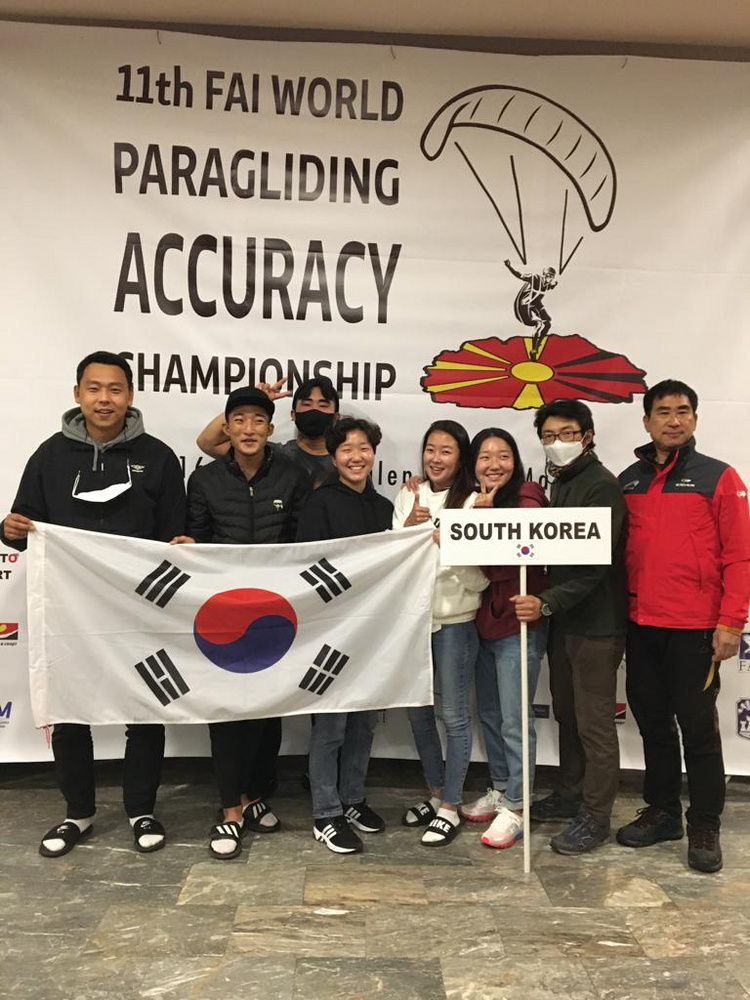 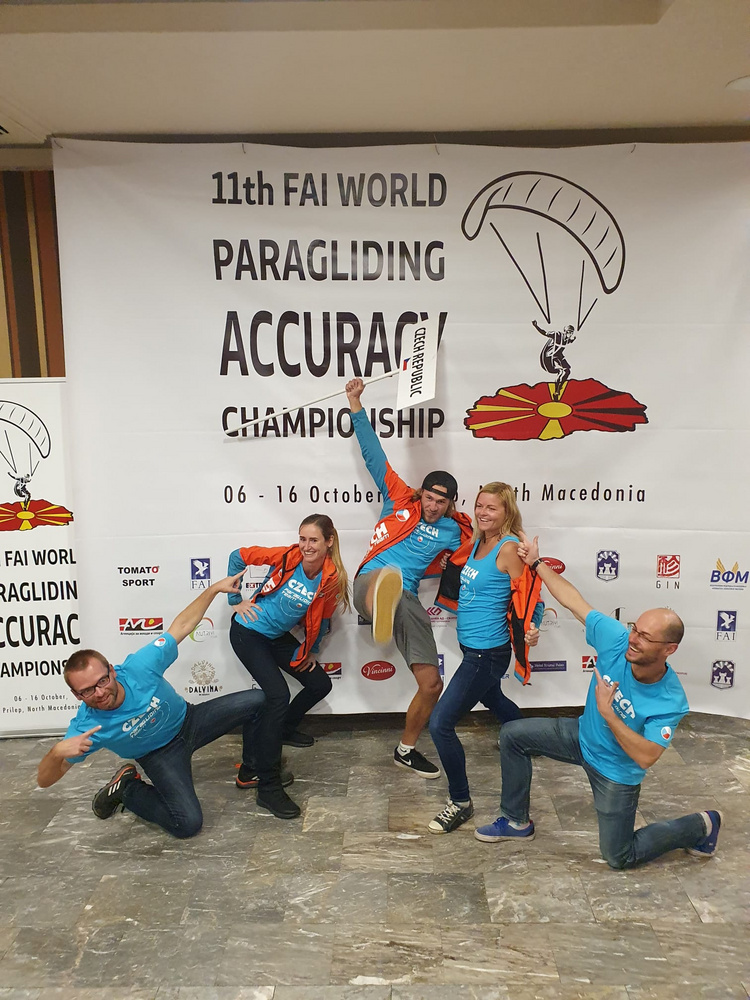 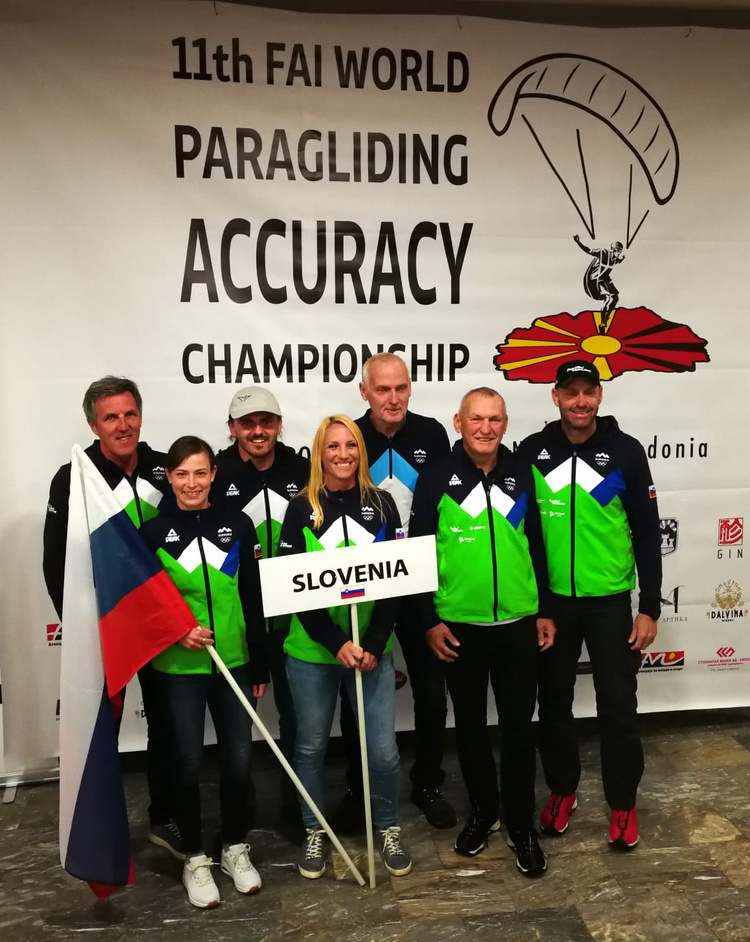