The World Games 2022: France, USA and UAE on the Canopy Piloting podium

France’s Cédric Viega Rios (pictured below) has won the canopy piloting competition at The World Games 2022, with top scores throughout the 12 rounds held at Barber Motorsports Park in Birmingham, Alabama, USA. Nick Batsch of the USA gained a silver, after several first places, despite two low scores in two of the speed rounds. UAE’s Abdulbari Qubaisi (pictured above) scored especially well in distance and freestyle rounds to gain a bronze medal. 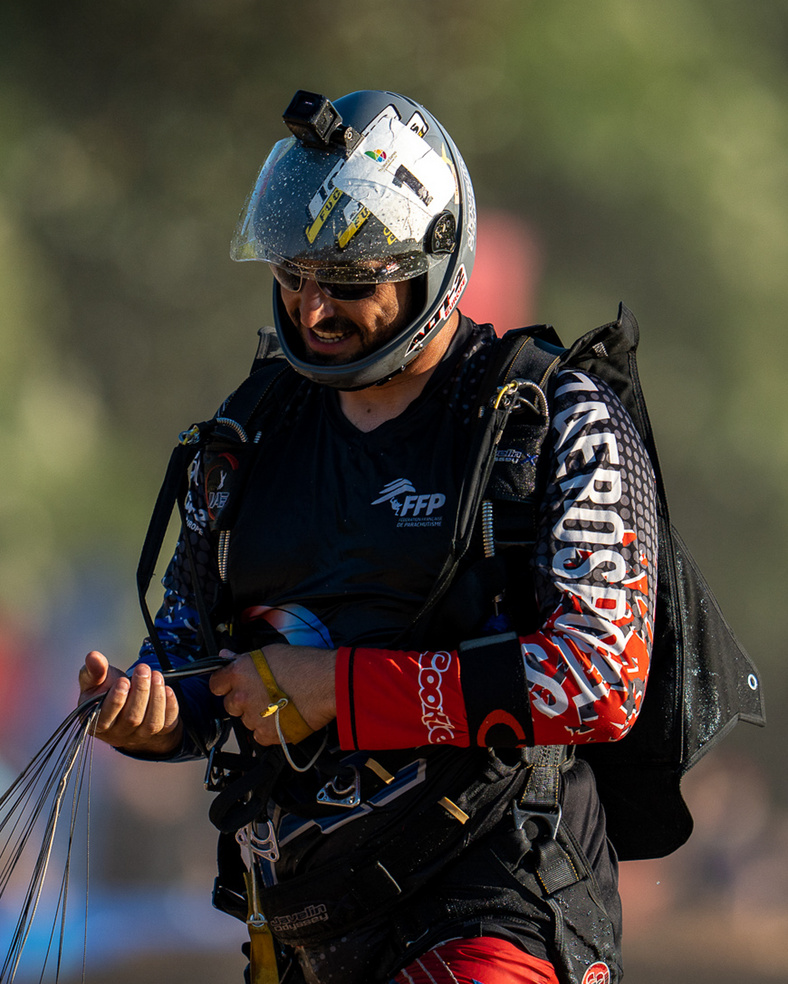 Batsch is a former winner at The World Games, having taken the gold in 2017. Cédric Viega Rios came 9th in The World Games 2017, with Qubaisi creeping up from fourth place in 2017 for his bronze medal in 2022. Viega Rios still currently holds a drag distance 50m world record that he made in July 2021, with a distance of 195.32m, with his distance of 196.52m from July 2017 still holding the max distance record. He has also previously held speed records. Batsch has also held previous distance and speed world records, and Qubaisi gained a South-Asian FAI record in 2017 for a max distance of 167.89m 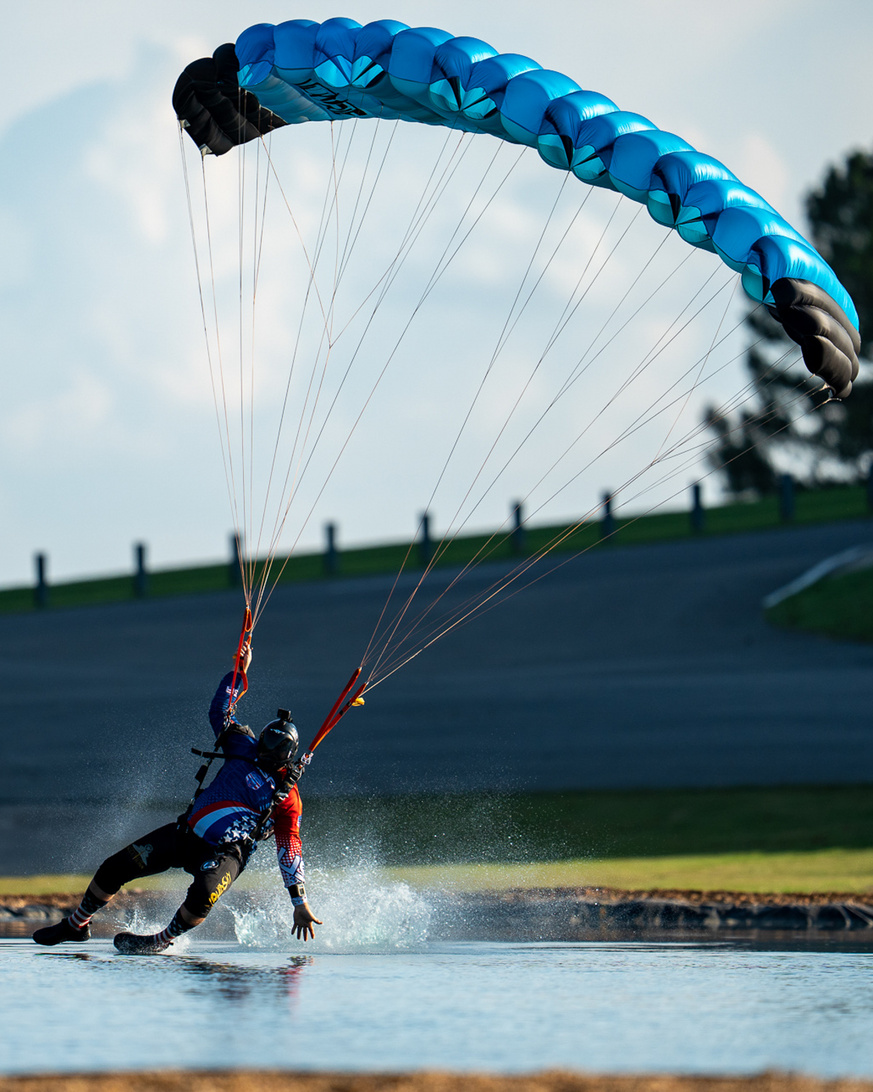 TWG2022 canopy pilot performs a trick whilst swooping across the pond in Birmingham, Alabama.