CIAM Plenary Meeting April 16/17 in Lausanne, attended by 82 representatives from 35 countries.
The new Secretary General Stephane Desprez attended a part of the meeting.
There were no changes in Bureau positions.
The voting system changed to a simple majority without abstentions.
Impounding of spread spectrum transmitters is cancelled. Information from the model aircraft to the transmitter is only permitted for the safe operation.

The World Air Games raking and selection system was introduced in the Sporting Code.

The FAI office moved to the Maison du Sport International in Lausanne.

Since December 2010 a serious situation arose by the withdrawal of CIAM Secretary by the Italian Aeroclub. The preparation of the Plenary Meeting had a lot of problems. Solution: Massimo Semoli became member of the country of his residence Switzerland and was elected unanimously.

The first scholarship was awarded to Oliver Witt (GBR).

The on-line check of FAI Sporting Licenses is in test phase.
Reducing of the number of World Championships or classes is an ongoing process by the Bureau.

The first F3K World Championship was held in Sweden.

This year space modeling exists 50 years. Part of the Plenary Meeting was a presentation of the Space Modelling 50th Anniversary Awards to nine organizations and eleven individuals.

There will be no World Air Games in 2013; no bidding process for 2015 has been started till now.

New classes with World Championship status:
F3M (large aerobatic) and F4H (stand off scale; from provisional to official to WC-status).

The first F3F World Championship was held in Germany.

CIAM Plenary Meeting April 19/20 in Lausanne, attended by 63 registered (including Bureau members) and an unknown number unregistered representatives from 41 countries.

There was an introduction of the work of FAME, the company which develops, market and produces innovated sports events. A memorandum of understanding was signed.

In the General Conference it was announced that also aeromodelling will be incorporated in the FAI Anti-Doping system.

It was announced that the on-line check of FAI Sporting Licenses will be almost ready.

For the first time an open forum was held. The subject was “Reducing number of Championships?”. A lot of related arguments and ideas were expressed. In the meeting itself a proposal for a moratorium for at least four years no new classes with Championship status was approved. Other proposals were referred to the Bureau.

Also for the first time a system of electronic voting was tested. It works much easier and faster than voting slips.

The first F3N and F3P World Championships were both held in Germany. 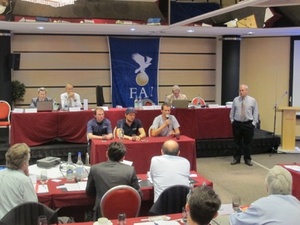 2014 CIAM Plenary Meeting April 11/12 in Lausanne, attended by 80 registered (including Bureau members) and an unknown number unregistered representatives from 38 countries.

For the second time an Open Forum Session was held. Subject: Technology RC systems in relation with the Sporting Code. Manufacturers were invited of whom Jeti and Weatronic accepted the invitation. An interesting discussion found place.

There was a proposal for the introduction of a subcommittee for UAS (UAV) operations. The Bureau will set up a working group to be ready for the next Bureau Meeting.

As a result of the 2013 Open Forum some proposals were accepted for the change from provisional to official rule, the eligibility for World and Continental Championships and maintaining of the WC and CC status.

A pack of proposals for FAI Juries was accepted.

In spite of the rule change from last year for noise reduction for the F2C class, this change was overruled by an accepted new Bureau proposal. 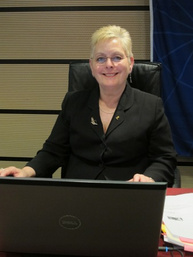 Former CIAM Technical Secretary for 24 years and co-author of this publication Tony Aarts passed away.

The first F4H World Championship was held in France. 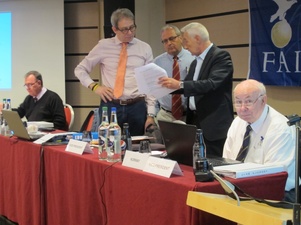 The UAV Working Group had made an extensive report about this subject. It was also the subject for the Open Forum of this year. The situation is that a lot of things have to be discussed by all stakeholders and laid down into rules. The Working Group presented exemples for a kind of competition and has been asked to go forward for some time as an Organizing Committee.

The 2015 World Air Games will be held in December in Dubai. For aeromodelling the classes F2D, F3N, F3P and F3T will compete.

All subcommittee chairmen stayed in their positions.

A lot of proposals were dealing with fees for championships. Most of them were referred back to the Bureau.

All classes under F6 Airsports Promotion were deleted.

A proposal for introduction of a RC category for women was withdrawn. 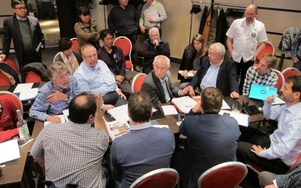 CIAM Plenary Meeting April 8/9 in Lausanne, attended by 64 registered (including Bureau members) representatives from 37 countries. There were four proxies.

Subjects for the two Open Forums were Live Scoring Systems and Drones Activities Development.
A member of the Ukrainian delegation demonstrated the online system they developed and Bernhard Schaden demonstrated the live scoring system that was developed particularly for the aerobatic aeromodelling competitions. 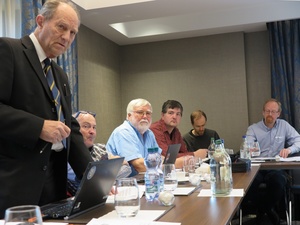 CIAM Plenary Meeting April 28/29 in Lausanne, attended by 83 registered (including Bureau members) representatives from 35 countries. There were six proxies.
On the eve of the previous day of the Plenary Meeting there was a meeting scheduled about Drones Regulations.
This year the subject for the Open forum was “Future Format of CIAM events”. For the introduction of this subject the President presented a Power Point presentation.
(Picture: RC Soaring Technical Meeting)

There were no new provisional classes.

In the same period the FAI organized a meeting with organizers of Drone Race competitions. 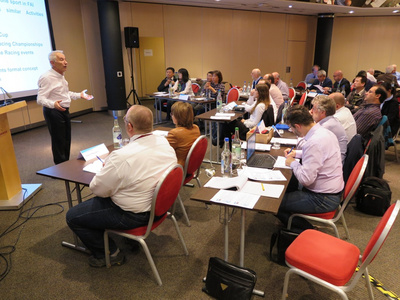 CIAM Plenary Meeting April 27/28 in Lausanne, attended by 80 registered (including Bureau members) representatives from 34 countries. There were four proxies.
This year the subject for the Open forum was “Marketing Aeromodelling Events”, presented by Antonis Papadopoulos, Bruno Delor and marketing consultant Tony Webb.

There were no new provisional classes.
Anti-Doping information was given by FAI Members and Services Manager and Anti-Doping Manager Segolene Rouillon.
Class F1Q became an official class.
The classes F3D and F5D will look which combinations can be possible.
Age limits for Junior Classification will be subject for the sub committees.
New Sporting Code volumes were introduced for Records and Electronic Devices used in Competitions (EDIC).

The 2020 FAI World Air Games will be held in Turkey.
The first F3U World Championship was held in China. 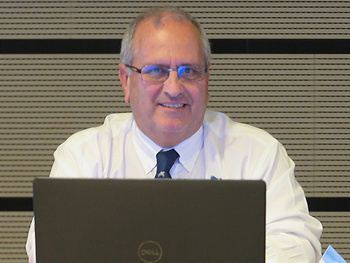 CIAM Plenary Meeting April 5/6 in Lausanne, attended by 66 registered (including Bureau members) representatives from 33 countries. There were three proxies.
This year the subject for the Open forum was “IT solutions available for the members”, presented by Kyrylo Letser from Noosphere company.The eNavigaror multitool for Air Sport event management was presented.

There were no mutations for Bureau members.

There will come an universal rule in the CIAM General Rules for prevention of not permitted equipment.
The General Conference stressed that there should be more mixed competitions like with drone race.
The FAI World Air Games (Turkey) are moved to 2022.
The first F5J World Championship has been held.
Class F5D has been transferred to the F3 Pylon Sub-Committee. The 2019 FAI World Championships for Pylon Racing Model Aircraft will be for F3D and F5D.